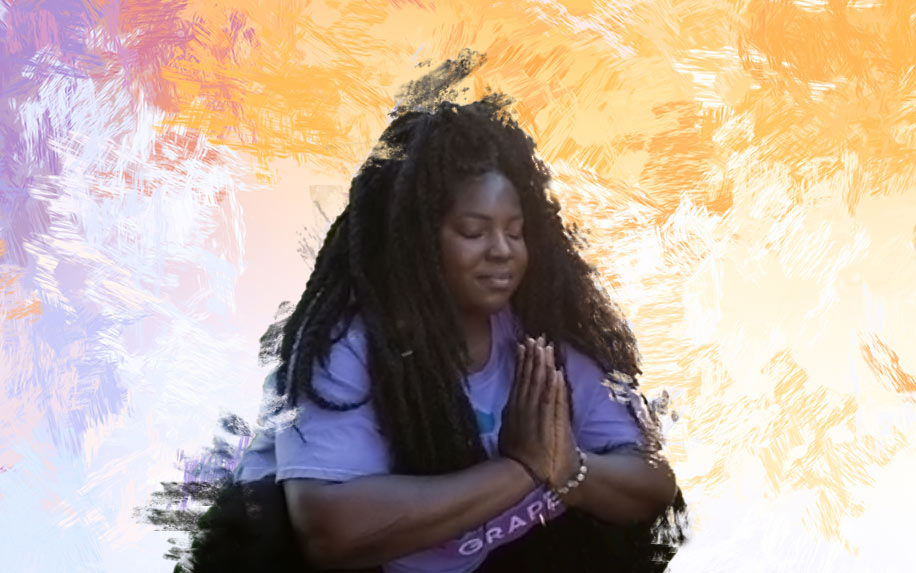 Influencers have a great impact onsocial meida. Here are the women Who are changing cannabis culture. Image Credit: Jagger Blaec on Instagram

The body positive movement began in America during the 1960s, and it’s been growing ever since. The success of the movement is largely thanks to the women driving it, and now they’ve turned their attention to making cannabis culture more inclusive, too.

In the past few years, the body positivity movement has influenced everything from international fashion brands to Hollywood blockbusters to the world’s biggest pop stars. Not to be confused with the “body acceptance” movement (which focuses on all body types, shapes, and sizes), body positivity is solely focused on marginalized bodies, those who live in them, and the ways that society discriminates against them. This includes fat people, people of color, and disabled people. It aims to dismantle diet culture, fat shaming, and more.

While the obsession with weight loss and unrealistic “thin” beauty standards may still plague society — causing immense stress, self-esteem issues, and eating disorders in women in particular — the body positivity movement aims to counter this by helping people to feel good in their skin, no matter what size or shape.

But what does this have to do with cannabis, you might ask?. Well, it seems that there is a crossover between this female-led movement and the growing cannabis culture in the United States as a number of young body positivity champions are also working hard to promote inclusivity in cannabis culture.

Although cannabis culture itself has become more mainstream (read: marketed to wealthy white people), criminal justice statistics show that cannabis laws are still enforced disproportionately against marginalized communities, especially those of color. The push for a more equitable and inclusive approach to cannabis is high priority in liberal politics as well. From Democratic presidential candidate Beto O’Rourke to outspoken activists like former “Sex and the City” star (turned gubernatorial candidate) Cynthia Nixon, more and more public figures have been highly vocal on the issue.

As Nixon explained at the New York Democratic gubernatorial debate last year: “I think it’s very important that we legalize marijuana […] because it’s a racial-justice issue. People across all ethnic and racial lines use marijuana at roughly the same rate, but the arrests for marijuana are 80 percent black and Latino.”

Nixon and other celebrities (and celebrity politicians) may be the most visible advocates for cannabis law reform, but much of the real work to drive grassroots change is being done by other, less famous folk. Many of them are females who take an intersectional approach to their work — which is to say, they draw on their experience not only as women, but also as women of color, women of different economic backgrounds, and women with marginalized bodies.

Here are some of the body-positive women who are helping to change the idea of what a “typical cannabis user” looks like. 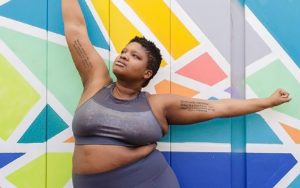 Jessamyn is a world-renowned yoga teacher, body positivity activist, and writer. Although she hasn’t always been so open about her use of cannabis, in recent months she’s become a lot more vocal about it, and about why she hasn’t always felt comfortable talking about it.

Explaining on Instagram why she has decided to be more upfront about her relationship to the drug, Stanley said, “There are those who will see this post and immediately dismiss me. They will say I’m a bad influence, a drug addict. And the reason they have free license to make these comments is because of my silence.”

Based in North Carolina, Jessamyn has played a crucial role in the diversification of yoga in the past few years. As a self-proclaimed fat woman of color, she has spoken many times about the obstacles put before other women of her size and color, including in the yoga world. Now she’s raising the issue of diversity in cannabis culture and how this is impacting different people in different ways.

“Neoliberal cannabis culture does little to nothing for the hordes of black and brown people who are regularly persecuted for engaging in the same free enterprise that has created a modern gold rush for an overwhelmingly white, cis male-dominated industry,” Stanley has said.

Using her social media platforms such as Instagram to post provocative images and pose thought-provoking questions to her 411,000 followers across the world, this is one body positivity activist who’s making the world of cannabis more inclusive than ever. 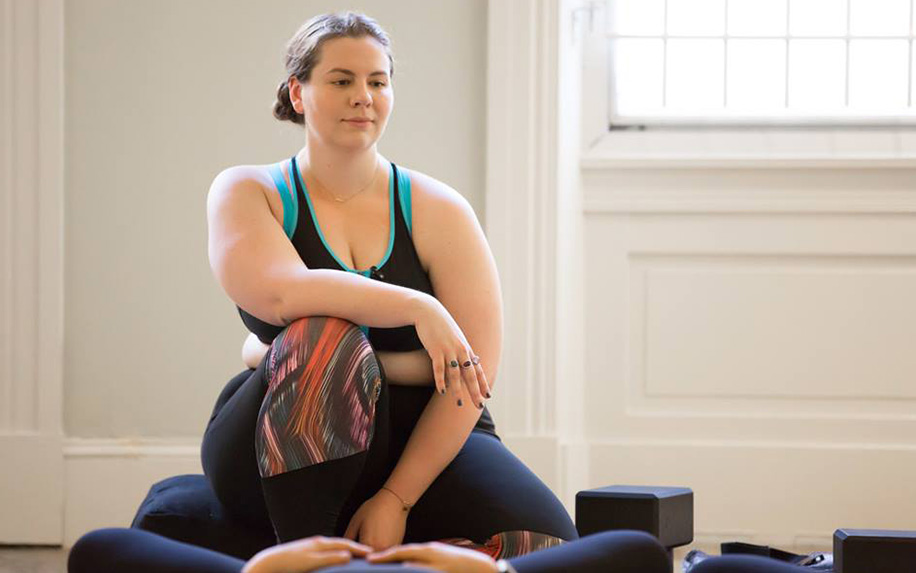 Pennsylvania native Dana Falsetti has become one of the most influential figures in the global body positivity movement over the past decade. As a yoga teacher, speaker, podcast host, and writer, Falsetti has helped millions of women all over the world to make peace with their bodies and use yoga as a way to do this.

Dana is probably best known for her inclusive approach to yoga, which she teaches both online and in workshops and retreats all over the world. She explains her philosophy on her website: “In many yoga studios, people of diverse colors, shapes, abilities, and backgrounds are not embraced. Students in Dana’s classes are reflective of true and natural diversity, ranging in age, race, size, able-bodiedness and experience.”

On cannabis, Falsetti is as vocal as she is about body positive yoga. Cannabis features regularly — and prominently — in many of her Instagram stories, and the ease with which she allows people to see this side of her life has been a major factor in why so many have found comfort, community, and compassion in her content online.

“I originally chose the “nolatrees” handle as an ode to my collegiate residence, New Orleans, and my affinity for nature and cannabis along with all things green and natural,” she explains on her website. 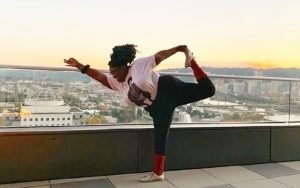 Jagger is one of the most prolific and versatile voices of the body positivity movement, writing in outlets such as VICE, O the Oprah Magazine, and the Washington Post.

In her articles and on her Twitter account, much of her writing explores issues of body positivity and cannabis culture. As a millenial woman of color who lives in a fat body, she chronicles her journey through life, reflecting on the social values that have made her life less privileged. Perhaps unsurprisingly, she also makes the connection between body positivity, cannabis culture, and yoga, as she is an avid yogini herself.

Jagger’s writing on the issues is light and easy to read, but still packs a philosophical punch full of critical introspection. She represents a huge demographic of black American women in their twenties and thirties across the country who want to see diversity in the cannabis industry (and in the broader culture, of course).

The Next Steps for Body Positive Cannabis Culture

Even in 2019, many of the stereotypes which were born of the failed War on Drugs (and before) still remain. This is evident through the racial bias with which cannabis law is implemented. It’s also clear from many of the “destigmatization” campaigns currently promoted by cannabis brands, which seek to make a plant once associated with marginalized communities appear more palatable to a wealthier, whiter target market.

This is how the world — or rather, capitalism — works, but many young people are no longer buying it. They’re pushing for radical change, both socially and politically, and they’re building inclusive movements to fight for what they believe.

With world famous activists such as plus size models Tess Holliday and Ashley Graham, the body positivity movement has become an important part of this push. Advocating for the fair treatment of all people, regardless of size, shape, color, ability or sexuality, their goals are aligned with those of the cannabis reform movement, and they’re not backing down.