Legal Cannabis Sales in Canada Have Stalled — But Why? 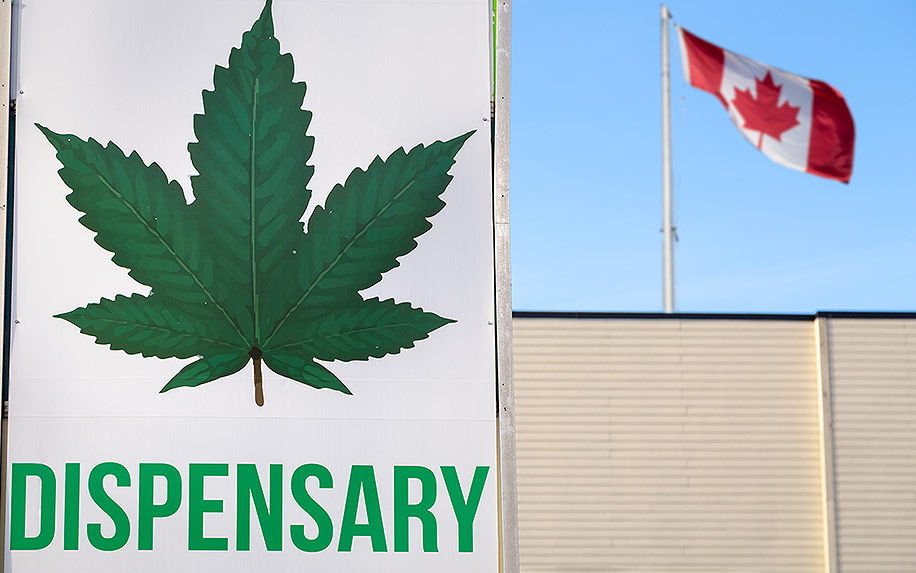 As the smoke clears on the first three quarters of Canada’s cannabis legalization, one thing is clear — there isn’t a lot of fire in the young industry’s hearths.

Newly-released cannabis store sales data put together by Statistics Canada shows the sad fruit of a problem-plagued start to legalization: a total of $376.71 million in total legal sales. This is a disappointing outcome when compared with pre-legalization forecasts that soared as high as $4.34 billion CAD ($3.28 billion USD) for 2019 in recreational sales alone, according to financial services firm Deloitte.

When paired with the 79 percent of recreational sales still happening on Canada’s black market, the country’s total recreational sales could approach Deloitte’s forecast. But for legal sales alone, the number looks to fall between $612 million and $688 million in the legal regime’s first year.

In April, cannabis research firm BDS Analytics cut its growth forecast down to $5.2 billion by 2024 from a previous estimate of $5.9 billion by 2022.

“Sales and revenues have been absolutely horrible post-legalization,” Jason Zandberg, a special situations analyst at PI Financial, told the Financial Post. “Clearly the market is overpriced and many of these companies have gotten ahead of themselves in valuations.”

PI Financial was one of the lone voices urging caution at investors’ rush toward the cannabis industry ahead of last year’s market correction. “About two years ago, we put out revised numbers for the first year of rec sales and we said it would be $2.5 billion CAD ($1.89 billion USD),” Zandberg said. “At the time, we took some flak from investors calling us pessimistic. But if you look at the numbers now, we’re on track to do less than a billion dollars in the first year of recreational sales.”

Despite the underwhelming numbers, it’s unfair to view the first eight months of Canadian legalization as an unmitigated failure. The industry has made some encouraging progress from the start of the legal era, reclaiming more than 11 percent of overall market share from illegal sales — which have enjoyed several advantages to this point.

Perhaps the greatest issue so far has been pricing. According to an anonymous online survey run by Statistics Canada, legal cannabis runs an average of 40 percent more expensive than black market cannabis.

Some observers feel that the government isn’t conducting their business in an effective way. “When it gets to the retail side of it, the government seems to forget that prohibition doesn’t work,” Dan Malleck, an expert in drug and alcohol regulation, told Quartz. “And that creating laws simply to … put more strict prohibitions on illegal selling isn’t the way to go. If that were effective, then prohibition itself would have been effective.”

Another issue is the newborn industry’s supply chain, which has been less-than-functional so far. This problem first reared its head at the start of the legal era, resulting in supply shortages in the country’s most populous provinces, Quebec and Ontario. Several factors contributed to the issue: a slow licensing process for producers and sellers (which led to the country’s largest city, Toronto, going dispensary-less until April); a lack of legally-mandated packaging; and even a postal strike that hit the country in the first week of legalization.

Since then, Health Canada (the country’s national health service) has helped streamline the process, and these supply shortages are mostly a thing of the past. The industry also has the upcoming legalization of edibles and vaping products to look forward to, which boast higher profit margins than flower products. The new products are expected to be available in December 2019, according to Health Canada.

Some observers have a more optimistic view on Canada’s cannabis shortfall, noting that Canada’s kinks-and-all legalization approach still has a bright future.

“There are 21.8 million square feet of cannabis greenhouses, all of which will be finished by 2019 or 2020,” the firm told the Financial Post. “What we’re seeing right now is kind of like the quiet water before the tsunami hits. Soon, producers will reach peak efficiency and the shortage will be forgotten.”