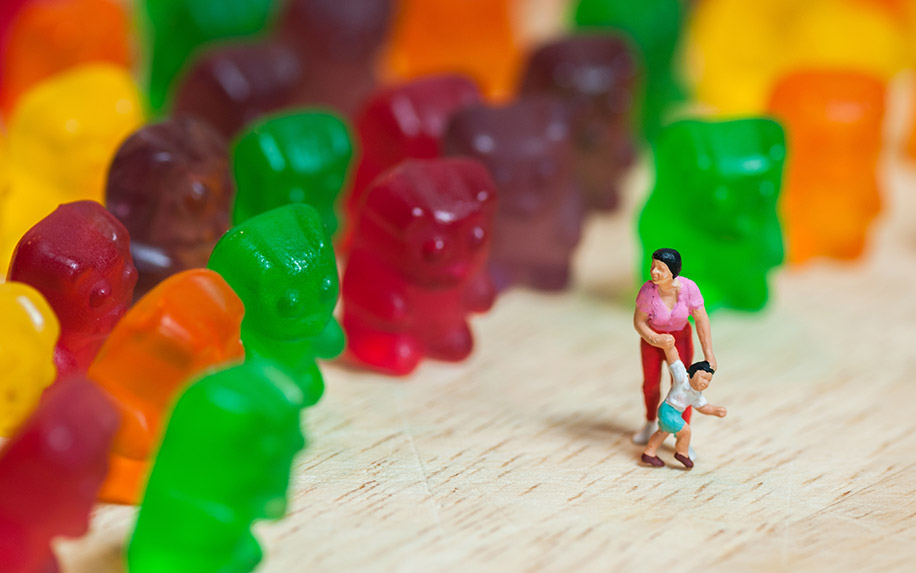 Cannabis-related medical incidents have become a growing concern in the United States, but the media frenzy around them has sparked a debate about how serious the problem actually is. According to a recent study on post-legalization poison control calls, the phenomenon isn’t quite as dire as some might think … but it’s still one worth monitoring.

University of Massachusetts injury prevention researcher Jennifer Whitehill led the review of data from the Regional Center for Poison Control and Prevention at Boston Children’s Hospital from 2009-2016, finding that poison control calls doubled for kids and teens after the state’s 2012 legalization of medical cannabis (skeptics will note that the first medical cannabis dispensary in the state did not open until 2015.)

“The good news is that the number of cases were relatively small, but we expect … a greater number of households to have legal cannabis products after legalization for adults’ general use,” Whitehill said.

The study looked at cases concerning patients ranging from 0–19 years old. Even with the increase, the total number of cannabis-related poison control calls amounted to just 0.15 percent of total calls for that age set — 98 calls in which cannabis was the only substance involved, and 120 additional calls that involved cannabis and at least one other substance.

Over 25 percent of cases reportedly involved unintentional dosing, and 19.4 percent affected infants and toddlers under age 4. Cases with young children were mostly caused by edible cannabis consumption, while teenagers were more likely to call after smoking cannabis — although most age groups saw an increase in calls surrounding edibles, which is a finding echoed in other studies.

Speaking to the Daily Hampshire Gazette, Whitehill voiced her concerns over secure storage for legal cannabis — though she said that the state already has “pretty good packaging and labeling requirements.” She predicted that Massachusetts’ recent legalization of recreational cannabis would lead to a further increase in cannabis-related poison control calls.

Does Cannabis Really Pose a Health Crisis for Kids and Teens?

Concern about legalization’s effects on kids and teens is a common trope in anti-cannabis reform rhetoric. But although several other studies have found evidence of increased cannabis-related emergency room visits for teens in legalized states, even cannabis-skeptical experts admit that the samples are small, though they maintain these findings are still cause for alarm.

“The numbers certainly aren’t huge, but the trend that we’re seeing can’t be ignored,” pediatric specialist Dr. G. Sam Wang of Children’s Hospital Colorado told the Denver Post after publishing the first of two studies on the subject.

The methodology employed by Wang’s study is similar to that invoked by ex-congressman Patrick J. Kennedy, co-founder of the anti-reform group Smart Approaches to Marijuana, when he wrote, “These drugs (marijuana/THC), which masquerade as food, have caused emergency room visits to skyrocket,” in a Providence Journal editorial after a 2018 legalization bill had been introduced in the Rhode Island House.

When Politifact contacted Kennedy’s office about sources for his claim, a spokeswoman cited a 2015 report from the Colorado Department of Public Health showing a post-legalization increase in hospitalizations with cannabis-related billing codes, one of the same metrics that Wang drew upon for his studies. According to the Department of Public Health study, in 2011, 1,313 out of 100,000 hospitalizations had cannabis-related billing codes, a number that rose to 3,025 by 2015.

However, this measure differs from emergency room visits, which focus on direct health impacts of a substance. Hospitalizations with cannabis-related codes don’t necessarily imply a causal relationship with cannabis use — and since cannabis can stay in a user’s system for far longer than it has an intoxicating effect, it’s impossible to say how many of these hospitalizations resulted from cannabis ingestion. Plus, the numbers are smaller when cannabis is listed in the top three billing codes — clocking in at 0.6 percent of total hospitalizations.

As for post-legalization emergency room visits associated with cannabis, they’d actually fallen by 2015.

In addition to these complications, there’s the fact that teen use of cannabis seems to go down post-legalization — according to data from the Centers for Disease Control and Prevention (CDC), states with legal recreational cannabis saw an 8 percent drop in high school users between 1993-20017.

So while an increase in cannabis-related poison control calls is certainly not a positive development, it might not be the doomsday scenario that some would portray it as.