Kosher Cannabis Is Here (And Maybe it Always Was) 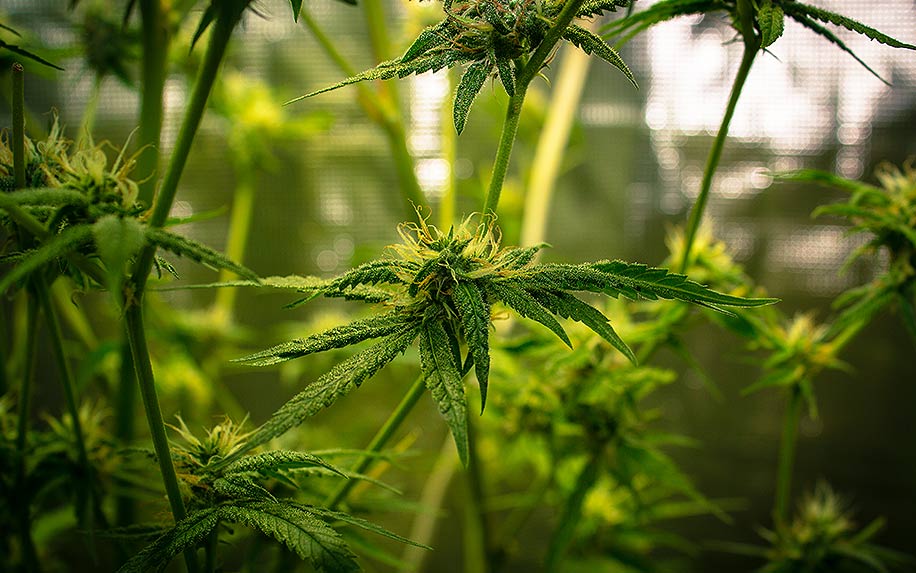 Some say cannabis was always Kosher.Image Credit: By King Dragon on Shutterstock

Cannabis has become a premium product, but producers and distributors are having a hard time getting the certifications to prove it. Since the plant is still illegal under federal law (though this might be changing soon), cannabis products can’t be certified as organic by the Department of Agriculture (USDA), nor can they receive a stamp of approval from the Food and Drug Administration (FDA). However, there’s one premium label that is available without the government’s blessing: kosher cannabis.

It’s a new phenomenon, but it has biblical roots. According to Genesis 1:29, God said, “Behold, I have given you every plant-yielding seed that is on the surface of all the earth, and every tree which has fruit-yielding seed; it shall be food for you.”

As Jewish dietary law — Kashrut — is based on interpretation of the Hebrew Bible, this Old Testament passage makes it explicit that cannabis has long had kosher approval. But only if it’s free of tiny insects, which are non-kosher. And only if it’s smoked — if it’s consumed in another way, it must comply to the standards set for any food or drink. It must also pass the tests of Halakhah, the overall body of Jewish law, and the complex ways its restrictions affect a substance with as many different facets as cannabis.

What Does ‘Kosher Cannabis’ Even Mean?

Jewish dietary laws and the overarching law that informs this system behave in a similar manner to secular systems of common law — in other words, they rely on precedent and jurisprudence to inform them. But in the case of Jewish law, the legal authorities are rabbis, and the foundational law book is the Hebrew Bible.

Although the consensus among Biblical scholars holds that cannabis is undocumented in the Hebrew Bible, some popular writers have made claims that the plant kaneh bosm — mentioned five times in the Bible, including once for use as holy anointing oil — is actually cannabis. Others suggest that it could be the miraculous manna from heaven, which sustained the Jewish people on their long wander through the wilderness and had the power to taste like whatever they could think of.

One rule definitely applies to cannabis — if it is grown in Israel, it must follow the law of the sabbatical year, which dictates that fields be left fallow every seventh year.

Another rule which has accompanied the cannabis question is that of following the “law of the land.” In civil and economic matters, the governing legal system where a Jew resides should supersede even Jewish law.

Two of the most esteemed rabbis of the 20th century supported cannabis prohibition, tracing their judgment to well-established law. Rabbi Moshe Feinstein, regarded by many as the supreme North American authority on Jewish law throughout his lifetime, looked to another definition of “kosher” — something that is appropriate for a Jewish person. In 1973 he issued a ruling against recreational-use cannabis, based on the following general points:

Rabbi Menachem Mendel Schneerson, last head rabbi of the Lubavitcher Hasidic line, dismissed recreational cannabis use out of hand in 1977. Although he gave no reason, there is evidence to support the view that cannabis is incompatible with Jewish values.

Feinstein’s points can mostly be countered nowadays. It isn’t considered injurious to health for most, and not even a prominent supporter of the gateway theory like Chris Christie would invoke it to suggest that cannabis use leads to theft and other “nefarious behavior.” With two-thirds of Americans supporting cannabis legalization — and with Jews historically exhibiting greater tolerance toward cannabis use than non-Jews — it isn’t likely that users’ parents would disapprove either.

The case is even more stark in Israel. Limited forms of medical marijuana use have been legal since the 1990s, and the program has been expanded in the past decade. In 2019, recreational cannabis was partially decriminalized, giving recognition to a cannabis user base that ranks third-largest in the world, with 27 percent of those between the ages of 18 and 65 reporting past-year use.

One thing has been agreed upon since the initial cannabis-specific judgments — medical cannabis products are generally agreed to be kosher. The emphasis on health trumps all other concerns in Judaism; even if a medicine is explicitly non-kosher, it must be taken if there is no alternative.

The Birth of the Kosher Cannabis Movement

As has been the case in many medical cannabis movements, the push for a kosher version began in desperation. Shifra Klein, a member of the ultra-Orthodox Lubavitch Jewish community who created her own line of kosher edibles, started to use cannabis to treat her 11-year-old daughter with ADHD and 12-year-old son with autism when other medications weren’t working.

Klein credited medical cannabis with saving her daughter’s life, after the girl had a terrible reaction to Ritalin which ended in her being hospitalized for dehydration and swiftly losing 40 pounds; she weighed only 60 pounds when she began her recovery. After switching to cannabis oil, she regained the lost weight and kept the focus that Ritalin had given her.

As for her son, Klein says that medical cannabis helped him to begin speaking full sentences after years of minimal language ability. Studies have corroborated her experience, with cannabis derivatives like CBD oil showing substantial promise for treating autism and ADHD.

Klein’s kosher edibles company, Mitzva Herbal Co., is the first edibles company to be declared kosher by the Orthodox Union (OU), the world’s largest kosher certification agency. OU had previously certified kosher cannabis products for New York’s Vireo Health in 2015, then issuing a statement on the action that tried to reframe the historical Orthodox Jewish objections to cannabis.

In Vireo’s announcement, Rabbi Menachem Genack, OU’s CEO said, “Using medical cannabis products recommended by a physician should not be regarded as a chet, a sinful act, but rather as a mitzva, an imperative, a commandment.”