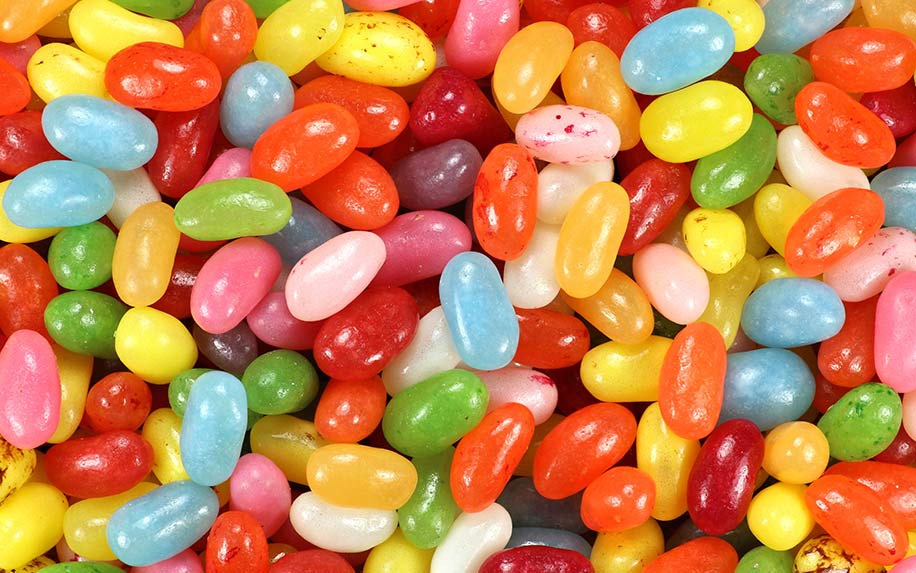 People are getting excited about Jelly beans and cannabis Image Credit: By Bjoern Wylezich on Shutterstock

He’s not quite Willy Wonka, but David Klein, aka “the Candyman”, knows how to appeal to your sweet tooth. As the creator of Jelly Belly, the iconic jelly bean company, he’s been delighting the world’s candy junkies for decades. Now, he’s unveiling his latest creation: CBD-infused jelly beans.

According to USA Today, Klein’s new company, Spectrum Confections, will sell the jelly beans in 38 flavors, including toasted marshmallow, cinnamon, and spicy licorice. Klein plans to offer three varieties — original, sour, or sugar-free — each of which will contain 10 mg of CBD per jelly bean. The beans will be brushed with sugar to mask the CBD flavor.

Klein, who created Jelly Belly jelly beans in 1976, sold the company shortly thereafter, which he called “the worst mistake of my life” in the documentary “Candyman: the David Klein Story.” This time around, he’s being much more careful with his intellectual property.

He recently filed a patent for his CBD jelly beans, and it looks like he was just in time. Demand has been so great that Spectrum Confection’s website is completely sold out at the moment.

If Klein does succeed in getting a patent for his new creations, he could be well-positioned to take advantage of the exploding market in CBD edibles. A recent poll of the nation’s top chefs and restaurant owners showed that CBD-infused foods and beverages are expected to be the top gastronomic trend of 2019. The popularity of this non-psychoactive cannabis derivative, which has been shown to reduce anxiety (among many other health benefits) has skyrocketed in recent months, which has led many companies to jump on the CBD bandwagon.

However, it’s also possible that Klein could be in for a bumpier ride than he might like. Currently, a lack of regulation has hamstrung the expansion of the CBD industry, with health officials in many states cracking down on CBD edibles. Since the Food and Drug Administration (FDA) has not yet approved CBD as a food additive, businesses are forbidden from putting it in anything that people can eat or drink. Enforcement of this has been lax so far, but all signs indicate that state — and federal — authorities will take a much stricter stance going forward.

Klein doesn’t appear to be too concerned with this, however. As he told Cannabis Aficionado, he expects that full cannabis legalization will soon make regulatory concerns about CBD a non-issue. “About two years from now, everybody is going to laugh about how long it took to get there.” In the meantime, he’s focused on making candies that will “help the world.”

According to Klein, the jelly bean is the ideal delivery mechanism for CBD. While choosing the correct dosage can be challenging with using a vape oil or topical cream, individual beans with consistent amounts of CBD make it easier to get the desired effects. “[It’s] perfect for the proper dosage,” he said. “We’re putting 10 ml in each [jelly bean]. If people want a small dose, they eat one. If they want 20 ml, they can eat two. They can decide what their proper dosage is.”

The ability to customize both the dose and the flavor — Klein says the strawberry cheesecake is “one of my favorites” — gives CBD jelly beans a distinct advantage over most types of CBD sweets. While Klein is careful to avoid any concrete claims about the potential health benefits of his new candy, he does say that his goal is to give consumers CBD-infused treats that are “as healthy as possible.”

By all accounts, this is something that people want (and are willing to pay for, judging by the empty inventory on Spectrum Confections’ website). For Klein, the hardest part of this new candy adventure may be just keeping products in stock.