In 2019, Americans Spend As Much on Cannabis As Taco Bell 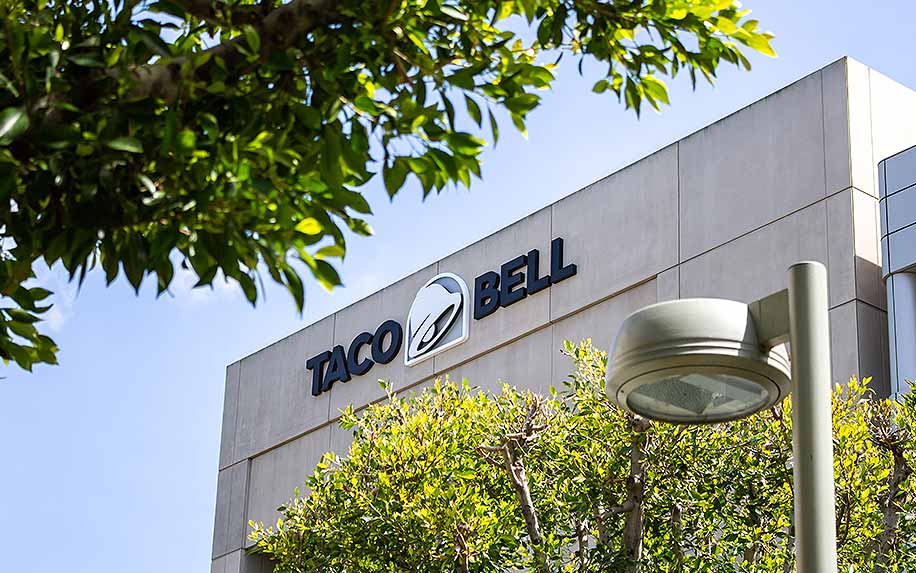 Americans spending on cannabis will soon surpass what they spend at fast-food chains like Taco Bell. Image Credit: By David Tonelson on shutterstock.

Americans have quite a taste for cannabis, it seems, and a recent market report on the annual sales of legal cannabis introduced this stunning parallel — Americans spend nearly as much on legal cannabis as they do on Taco Bell.

According to the report, the approximate amount spent on legal cannabis is $8.6–10 billion, while Taco Bell raked in $10.6 billion in past year earnings. After legal cannabis sales surpass those of Taco Bell, the report’s “total demand for recreational cannabis in the U.S.” estimate of $50–60 billion — which includes potential sales in states that have not yet legalized it — indicates that they will be encroaching on the total amount spent on the NFL ($15 billion), gym memberships ($28.6 billion), and pizza ($45.7 billion).

This prediction doesn’t appear to be an abnormally rosy one — other analysts have arrived at similar conclusions. Another report pegs the legal cannabis market at a Starbucksian $11.9 billion in past year sales, and tracks its projected U.S. growth at a compound annual growth rate of 24.1 percent through 2025, which means the industry could be worth as much as $53.9 billion in just over five years.

As it stands, black market sales account for a majority of the market, even in places where cannabis has been legalized. In California, which legalized medical cannabis in 1996 and recreational cannabis in 2016, black market sales still comprise approximately 80 percent of total cannabis sales in the state, according to government estimates. In Canada, illegal sales are expected to account for 71 percent of the total for 2019; in Massachusetts, that number is 75 percent.

There are several reasons for this counterintuitive development. One is taxes: in California, a cannabis-specific tax is added to local taxes to make for a 45 percent markup on legal cannabis products in some areas, making legal dispensaries prohibitively expensive. Another issue is with so-called “cannabis deserts” — municipalities which have banned cannabis within their jurisdictions.

Last year, the Southern California News Group surveyed the state’s 540 cities and counties on their regulations around dispensaries. Of this total, only 30 percent permitted medical cannabis businesses, and fewer than 20 percent allowed recreational sales in their areas.

Together, these factors contributed to a $500 million decrease in legal cannabis sales in California from the pre-legalization year 2017 to 2018, making for a shortfall in projected tax revenues of nearly $350 million.

In Washington state, the problem is over-supply, which is pushing down prices in the local market and making cross-border export a more attractive proposition. In Colorado, lax enforcement is cited as the reason behind the illegal plantations which have sprung up within the legalized state’s borders.

Many black market sellers in legalized states are cannabis businesses which have been forced out of the legalized scheme by exorbitant licensing fees and other regulations. Licensing fees can reach well over six figures, with license renewals, attorneys, storefronts and state-mandated product testing costing tens of thousands of dollars in annual maintenance costs. These factors also drive up the prices of their legal competitors.

Some states lack an appropriate regulatory framework — as is the case in Michigan, where businesses that “gift” cannabis have thrived in the absence of licensed dispensaries. In all states, the black market is strongest in areas which have the weakest supply of legal cannabis.

California is taking steps to solve this supply issue, after the state’s cannabis authority voted to allow cannabis deliveries statewide, regardless of whether a jurisdiction has banned local sales — which is also the tack adopted by Canada’s legal regime. In addition, California lawmakers are considering a bill which would lower cannabis-specific excise taxes on sales for the next three years and eliminate taxes on growers for the next four years.

Another measure that would help squeeze out the black market from the U.S. is federal legalization, which could cut down on the market imbalances that currently exist between states where the plant is legal vs. those where it isn’t. Only once the regulatory kinks are worked out can the domestic legal cannabis market reach its loftier goals, maybe even surpassing McDonald’s and its $37.5 billion in revenue in the process.