How the Media is Getting the Cannabidiol Story Wrong 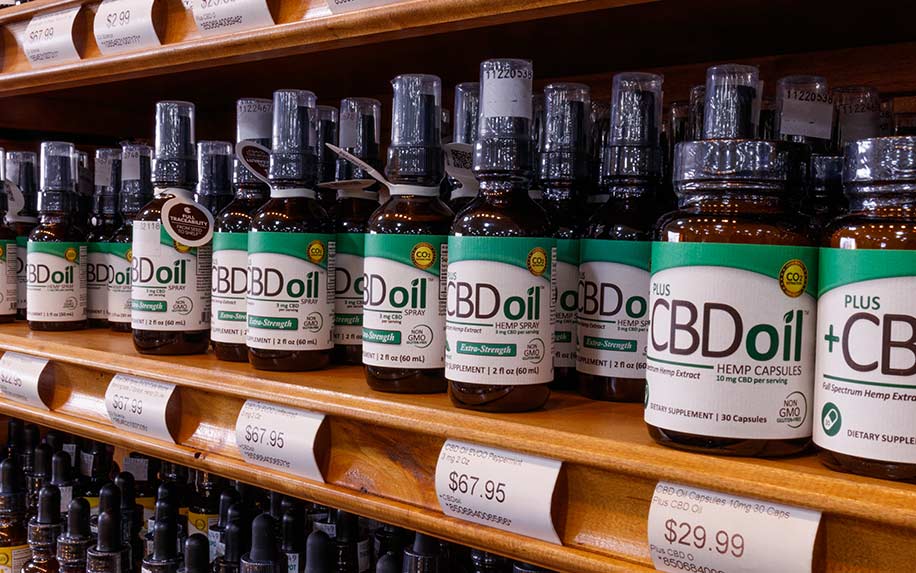 The US legal system both federal and local has caused many people to be confused about whether CBD is local. Image Credit: By Jonathan Weiss on Shutterstock

The effectiveness of cannabidiol (CBD) as a potential cure-all has attracted the attention of many in the past year, with millions of Americans interested in its long-term health benefits. As a result, almost every news outlet under the sun has run a story (or many stories) to explain this curious new phenomenon — and how it can either hurt or help the people who use it.

However, many of these stories have provided a misleading picture of what CBD is and what it can actually do. Part of this is because the subject matter is both unfamiliar and scientific, two of the toughest problems for a journalist trying to hit a tight deadline. As a result, even those with the best intentions often misrepresent important facts (or omit them entirely).

Here’s what the media gets wrong when it talks about CBD.

Despite the landmark passage of the 2018 Farm Bill, the legislation which legalized hemp cultivation and hemp products throughout the United States, CBD is still not in the clear everywhere. Three states still have an all-encompassing ban on the oil, but even in places where it’s theoretically legal, things aren’t so simple.

When the hemp-derived variety of the oil was legalized, CBD began to attract lawmakers’ attention. It also attracted the attention of the Food and Drug Administration (FDA), which cracked down on the CBD-infused food and beverage sector by declaring that such uses would have to be approved by the organization — and until they are, any sale of edible products is technically illegal.

The FDA also pointed to the federal Food Drug and Cosmetic Act, which gives exclusive market access to drugs that have passed clinical trials like CBD-based Epidiolex over supplements featuring the same active ingredients. In FDA-sanctioned testing, Epidiolex was found to have a beneficial effect on the epileptic disorders Dravet syndrome and Lennox-Gastaut syndrome.

At the time of the Farm Bill’s passage in December 2018, now-outgoing FDA chief Scott Gottlieb said that the agency was working to create a “pathway” for CBD products to gain FDA approval. Since then, little movement has happened on that front, despite the pleas of the CBD industry for more regulation. The situation has been further complicated by Gottlieb’s announcement in March that he would be resigning, which was accompanied by a revised timetable on the FDA’s CBD rulings. Gottlieb said that the best path forward would be for the federal government to create a CBD-specific law, but there’s no indication of when that might happen.

Until then, the industry remains at the prey of regional lawmaking whims. While the Farm Bill legalized hemp-derived CBD with up to 0.3 percent tetrahydrocannabinol (THC), some states without fully-legalized cannabis have been treating CBD with even negligible THC content as a form of medical marijuana — despite the fact that such low THC content is unable to produce psychoactive effects. Agents for fully-licensed CBD producers have even been arrested while passing through states where cannabis remains illegal.

CBD Only Comes From Hemp

In CBD, the American tradition of confusion between marijuana and hemp has found a worthy heir. Though both are plants from the cannabis sativa genus of plants, only marijuana — which is now often considered synonymous with “cannabis” — contains a significant enough quantity of THC to still register as illegal in the post-Farm Bill era. Both can be processed into CBD, with some claiming that marijuana-derived CBD produces greater effects.

Under the Farm Bill, only hemp-derived CBD was legalized, although a marijuana-derived oil with no THC content would only have the claim on the package to distinguish it.

One evidence-based reason marijuana-derived CBD is preferred is because it takes fewer plants to produce it, as marijuana is comparatively resin-rich compared to hemp. This raises the risks of contamination from toxins in the soil, as both hemp and marijuana are bioaccumulators, drawing much of their nutritional makeup from the soil. The more plants used in extraction, the heavier the risk becomes.

This also means that hemp-derived CBD is often the byproduct of industrial hemp grown for another purpose. In many cases, the unused hemp biomass is sold on to a secondary company which extracts CBD, an unregulated practice which can lead to more contamination.

All CBD Oils Are the Same

There are three broad categories of CBD oil available — isolates (also known as “pure” CBD), broad (or partial) spectrum, and full spectrum. Both can be made from hemp or marijuana, although the marijuana plant carries more of the compounds that the full and broad spectrum extracts are prized for.

CBD isolates are the purest form of CBD available, created by isolating the CBD cannabinoid from all the other compounds found in the cannabis plant, including terpenes, flavonoids, plant parts, and other cannabinoids. This typically comes from hemp, and it should be completely free from THC.

Full spectrum CBD extracts include all of the compounds of the cannabis plant, including THC. This formulation has become more popular since the discovery that this misunderstood cannabinoid works to magnify the effects of other compounds in the plant, which is known as “the entourage effect.”

Broad spectrum CBD is made in one of two ways: either by adding compounds to a CBD isolate or by removing THC from a full spectrum extract. The end product should resemble full spectrum CBD minus the THC, which removes the risk of ingesting even smaller amounts of the psychoactive cannabinoid — which has been said to trigger positive drug test results.

CBD isolates were formerly the most highly sought after form of CBD, but a 2015 Israeli study brought convincing evidence that full spectrum CBD could bring users higher levels of neuropathic pain and chronic pain relief through the previously-mentioned entourage effect.

It’s been observed that THC and CBD can balance each other out in the endocannabinoid system, and CBD’s absence in a THC-only drug like Marinol often leaves patients with the side effects of disorientation and paranoia. Unfortunately, American science on the subject largely relies on these kinds of inferred conclusions, as research on cannabis is still highly restricted (though even Republican lawmakers are suggesting this should change).

Another category of cannabis’ compounds comes into play in creating this entourage effect — the aromatic molecules known as terpenes have been shown to have wide-ranging therapeutic potential. Some of these terpenes bind directly to the endocannabinoid system, and a 2011 study published in the British Journal of Pharmacology claims they could “[tame] THC” and “produce synergy with respect to treatment of pain, inflammation, depression, addiction, epilepsy, cancer, fungal and bacterial infections.”

So while “pure CBD” might come with pleasant connotations, broad or full spectrum oils are much more likely to deliver the results people want.