How Should Parents Talk to Kids About Cannabis? 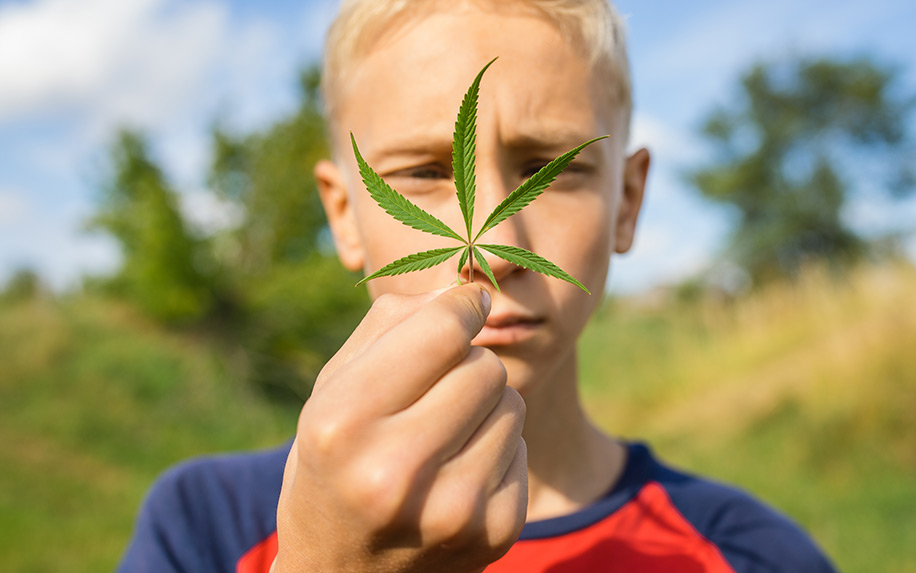 New laws governing CBD and cannabis have changed how parents talk about the drug. Image Credit: By Markik on Shutterstock

In 1982, Nancy Reagan visited an elementary school in California to warn schoolchildren about the dangers of cannabis and other drugs, telling them to “just say no.” The catchphrase would be repeated in countless American homes over the next few decades, with parents urging their children to see the plant as a menace that could threaten their health, sanity, and future job prospects. But now that cannabis is legal in dozens of states across the country, the image of the “typical cannabis user” is swiftly evolving — and many think a new parenting strategy is needed when it comes to cannabis.

According to Sue Scheff, an author and parent who works with kids in at-risk communities, the rise of legal medical cannabis (to say nothing of its widespread recreational use) has led many young people to be skeptical of over-the-top warnings about the plant’s dangers. “We need to come up with a new way to discuss it because the kids are tuning us out,” as she told CNN. She’s one of a growing number of experts who are seeking to help parents struggling to talk with their kids about cannabis in a way that’s progressive but also responsible.

There’s certainly no lack of demand for such services. “Parents are eager to learn, and open to materials and programs that can help them. They’re open to factual, unbiased, scientific information, and they want to know how to talk to their kids,” said Nicole Eisenberg, a researcher with the Social Development Research Group at the University of Washington.

Her team recently published a study that explored how parenting practices are changing in places where cannabis has been legalized. Unsurprisingly, their findings showed that many parents are confused about how to navigate the new cultural landscape.

“[They] are having a hard time reconciling societal norms with personal norms. Society has become more permissive, but at home, most parents don’t want their children to use marijuana. It’s a challenge that leaves them feeling like they don’t know what to do,” said Eisenberg.

Cannabis is now legal for medical use in 33 states across the country and for recreational use in 10 more (and Washington D.C.), with several more states expected to legalize in 2019. Some federal lawmakers are even pushing for national legalization. Cannabis use is more widespread and multifaceted than ever before: not only are more people smoking the drug openly, they’re also consuming cannabis-infused edibles, drinks, and other products in social settings.

In this context, it’s understandable why many young people are growing up with conflicting messages about the plant — on one hand, authority figures warn that its use can lead to brain damage and social isolation, yet meanwhile, the media is full of stories about its benefits for people dealing with a diverse range of health issues.

Some experts suggest that parents should approach the subject of cannabis in the same way they approach alcohol. “In many ways, parenting around marijuana use is similar to that of alcohol use, since they’re both legal for adults,” said Rick Kosterman, another member of the research team at the University of Washington’s Social Development Research Group.

However, while the benefits — and risks — of alcohol use have been widely known and accepted for decades, the consensus isn’t quite as clear when it comes to cannabis. As Kosterman said, “A key difference is where I think parents and society in general have accepted that some people can become dependent on alcohol and it can ruin people’s lives if used in excess. Parents and kids aren’t so clear about the risks of marijuana use.”

Complicating matters further is the fact that an increasing number of parents are using cannabis themselves, whether for medical or recreational purposes. According to a recent survey from Civilized and BuzzFeed News, around 27 percent of American adults currently use cannabis. For many of them, cannabis doesn’t suddenly become less appealing when they become parents — a study by the University of Washington found that around 25 percent of parents continued using cannabis after having kids.

At the same time, few are under the impression that cannabis use is harmless for underage users, a view that is corroborated by recent scientific research. For example, a study published in the American Journal of Psychiatry found that “cannabis causes cognitive impairment and delayed cognitive development in adolescents,” according to the study’s lead author, clinical psychologist Patricia Conrad.

Tips for Talking to Your Kids About Cannabis

This places parents, especially those who use cannabis, in a challenging position — how can they talk with their children openly about the drug without exaggerating its dangers or minimizing its potential consequences? While every situation is different, here are some tips to help guide the conversation:

Start at a young age: Kids are going to learn about cannabis sooner or later — whether from their friends, the media, or elsewhere. By initiating “the talk” before this, parents can help influence how their children process new information.

Ask questions: Instead of bombarding your child with warnings or statistics, ask them what they know about cannabis, its various uses, and its effects.

Be gentle: Even the Partnership for Drug-Free Kids is clear on this point: “lecturing, tough love, [and] scare tactics” are “highly ineffective in getting your points and concerns heard.”

Make it an ongoing topic: Although it’s tempting to treat uncomfortable conversations like this as a one-time affair, the issue doesn’t disappear after the first discussion.

Talk in a comfortable setting: For some people, this might mean broaching the topic at the dinner table, while for others, a long car ride might be more conducive. Whatever the location, it should be a place where both you and your child are at ease.

Connect the potential consequences to things your kid cares about: Again, this will depend on your personal circumstances. But for example, if your kid is a star soccer player, focus on how cannabis use can affect their athletic eligibility, not their future job prospects.

Set clear expectations: It may seem slightly absurd to write out a series of “If…. then…” statements, but the clarity will help your children understand exactly what you want them to do (or not do) when it comes to cannabis.

Frame the issue as a health one, not a moral one: It’s debatable, to say the least, whether using cannabis “makes you a bad person.” It’s less debatable that it can impact memory, coordination, and other aspects of physical and mental health.

Don’t be bashful about your own use (but don’t flaunt it, either): If you use cannabis, be honest with your child about it, without engaging in behaviors that might invite thornier questions. The vast majority of parents who use cannabis at home do so in private.