How Hemp Could Help Solve the Global Plastic Crisis 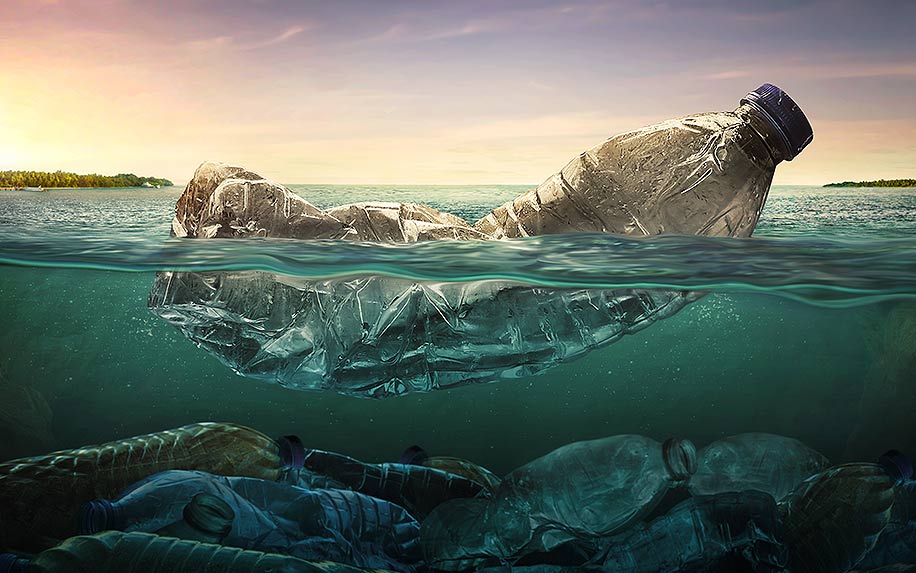 In theory, hemp-derived plastics could create products that don’t take such a drastic toll on the environment. Image Credit: By chaiyapruek youprasert on shutterstock.

Plastic does not have a great reputation at the moment. Although it’s an incredibly versatile material, it also comes with a steep environmental cost. According to the Smithsonian Institution, humanity has produced around 8.3 billion metric tons of plastic since the material came into widespread use in the 1940s — and roughly 6.3 billion metric tons have been discarded. Since many plastics take decades to biodegrade (if they can biodegrade at all), this has taken a heavy toll on animals and ecosystems. But what if the problem wasn’t with plastic itself, but rather the material from which it’s produced?

That’s the argument made by advocates of hemp plastic, who say that the plant could offer an earth-friendly alternative to plastics derived from fossil fuels like crude oil or natural gas, which are currently the world’s primary raw materials for plastics production. While the world’s dependence on fossil fuels for things like transportation and energy is well-known (and much-criticized), the role of these substances in the production of plastic has received relatively little attention — but according to a report from ABC News, around 12 million barrels are used each year in the U.S. alone.

In theory, hemp-derived plastics could both eliminate this need for fossil fuels and create products that don’t take such a drastic toll on the environment. But is it too good to be true?

What is Hemp Plastic?

Like all plastics, the hemp variety is comprised of carbon. However, unlike those from fossil fuel, hemp plastics are bioplastics, meaning that their carbon is derived from an organic source. In this case, obviously, the source is hemp. Other sources of bioplastics include corn, straw, and vegetable fat.

Hemp has one major advantage over its bioplastic competitors: its cellulose. This is an organic compound that can be used to mimic many of the attributes of fossil fuel plastics. Hemp is exceptionally rich in cellulose — according to a 2013 study from European researchers, around 65-70 percent of the plant’s biomass is cellulose, compared to around 40 percent for wood.

How is Hemp Plastic Made?

To make plastic from hemp, the first step is to extract as much cellulose as possible from the plant. There are a number of different methods for doing so, depending on the type of product that’s desired.

For example, the pulp of the hemp plant can be deconstructed through a process known as hydrolyzation, in which hot water (around 120-200 degrees Fahrenheit) is used to break down the molecules. Another option is to soak the material in an acid that’s strong enough to break down its molecular bonds, but weak enough to keep the material itself from dissolving.

Why Is Hemp Plastic So Versatile?

Hemp itself is a remarkably versatile plant — as its proponents are fond of repeating, humans have been using it to make clothes, paper, and food for thousands of years (another oft-cited historical oddity is that American colonists were required by law to grow the plant in the 1700s). With that in mind, it’s unsurprising that hemp plastic, too, can be used for a wide variety of purposes. Here are some of the reasons it’s so useful:

According to most estimates, the average plastic bottle takes around 450 years to biodegrade. Conventional plastic bags can take even longer, up to 1,000 years. Here, hemp plastics have a major advantage, as they tend to start decomposing within a year.

The way it decomposes is important, too. Conventional plastics contain chemicals such as BPA and DEHP that can be released into the environment, where they soon find their way into groundwater and animal populations. From there, it’s only a matter of time before these chemicals come into contact with humans. When they do, they can cause severe problems for the body’s endocrine system.

Since hemp plastics don’t contain these chemicals, they’re much safer for animals, the environment, and humans as well.

Hemp Plastic Can Be As Strong (or Weak) As Needed

A 2017 study published in the journal Scientific Advances, which was billed as “the first global analysis of all plastics ever made — and their fate” by National Geographic, found that around 40 percent of all plastic produced is used only once (whether for packaging or single-use items like straws or plates). Hemp plastics would make a logical replacement for products like these, which tend to be somewhat flimsy, since they can perform the same function but decompose much more quickly.

However, hemp plastics can also be used to make sturdier items like furniture, car parts, or even boats. In this case, the natural hemp fibers can either be mixed with a synthetic polymer (like polypropylene) or another organic substance (like derivatives of cashew nut shells) to create products that are more ecofriendly than traditional plastic ones, but more resilient than ones made purely from hemp.

The Downsides of the Hemp Plastic Industry

For all the advantages of hemp plastic, it comes with a number of downsides that have, so far at least, prevented it from being a feasible option on a global scale. These disadvantages can be summarized as: 1) it’s still tricky to produce, 2) it’s too expensive, and 3) it’s not actually that great for the environment.

Although the cultivation, production, and sale of hemp was legalized in the United States by the 2018 Farm Bill, many states still view with the plant with skepticism, as illustrated by the outright bans that several states have placed on hemp-derived CBD. To make matters worse, law enforcement officers have repeatedly arrested truck drivers hauling legal hemp and confiscated their cargo, which has put a damper on the development of the hemp industry in general.

Another major problem facing hemp plastic is the cost. One of the main reasons conventional plastics are so widely-used is because they’re extremely cheap, and to compete with them, hemp plastics would need to be priced at the same level (or, most likely, even lower). According to Jim Happ of Labcom, a company that supplies plastic products to laboratories around the world, hemp plastics would need to cost around $1.27 per pound to be competitive with conventional plastics. At the moment it’s priced around $2.35 per pound, which means it’s unlikely to be adopted on a major scale.

The biggest strike against hemp plastic, however, is that it might not be as environmentally-friendly as it appears at first glance. Since pure hemp plastic products need to be reinforced with synthetic polymers to make them stronger and more durable, many of its potential uses would yield “less-bad” byproducts rather than harmless ones, a half-measure that would be unlikely to have a sufficient impact on global plastic pollution levels. Even more worrisome is the fact that hemp plastic requires specific conditions to biodegrade — put simply, it needs a great deal of heat and pressure, which typically can only be found in special recycling centers. A hemp plastic bag that falls off a cruise ship into the ocean won’t automatically start biodegrading, and worst of all, it won’t even float, so it can’t be broken down by UV rays.

The problems facing hemp plastic are certainly fixable — if humanity can send a person to the moon, it can probably figure out a way to extract plant fibers in a more cost-effective way — but until they are, the best choice when it comes to plastic is just to use less of it.