How Cannabis (Could) Make Your House Worth More Money 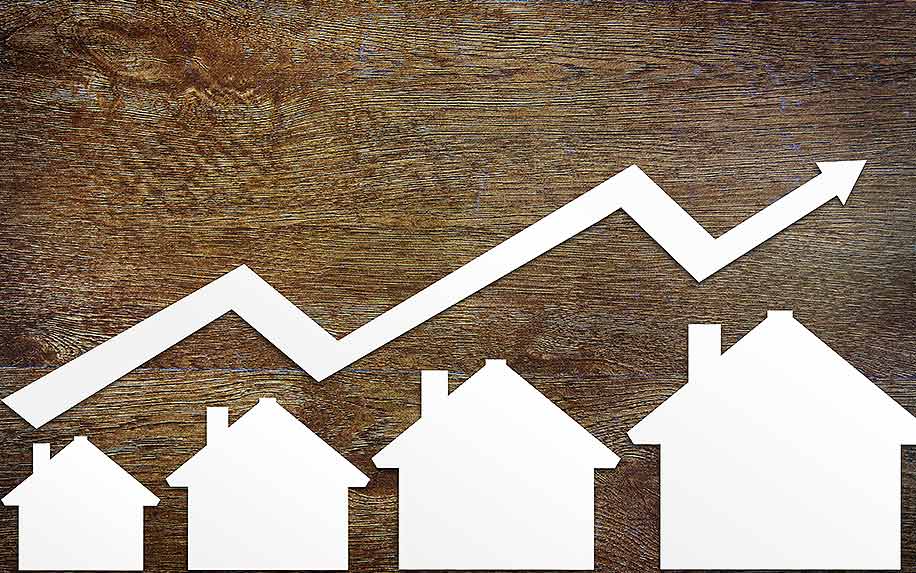 One of the most surprising effects of cannabis legalization has been its impact on home prices.Image Credit: By Alex_Po on shutterstock.

As more states legalize recreational cannabis, the end of prohibition is having some interesting — and unexpected — effects on American life. So far, one of the most surprising is its impact on home prices.

As reported by the Los Angeles Times, Americans’ growing demand for cannabis could be increasing home values for those who live in California, Colorado, and other states where recreational cannabis is legal.

According to a 2018 study published in the journal Economic Inquiry, average home prices in Colorado increased 6 percent (around $15,000) after cannabis was fully legalized there in 2012. Other studies suggest that this bump in value is a national phenomenon — and one that’s even more pronounced in cities with legal recreational dispensaries. A 2019 study by the research group Clever Real Estate found that homes in such cities increased in value by almost $23,000 in the last five years. Homes in places where only medical cannabis is legal did not see a similar increase in value.

These findings are especially interesting because they refute a commonly-cited argument against cannabis legalization — chiefly, that the presence of dispensaries (and widespread cannabis use in general) will drive down home prices by leading to spikes in crime and “vice” that scare away families.

So far, the opposite seems to be true.

But Why Exactly Is Cannabis Linked With Higher Home Values?

Still, these studies beg the question: How does access to legal recreational cannabis drive up home prices?

The authors of the Economic Inquiry study gave a relatively simplistic explanation for their findings, saying that, “this relatively large housing appreciation is likely due to RMLs [retail marijuana laws] inducing strong housing demand while having no discernible effect on housing supply.” In other words, people just want to live in places where they can go to a dispensary and buy a bag of cannabis gummies or a few vials of THC vape oil, and they’re willing to pay a premium price for the privilege.

In many cases, they’re even willing to move across state lines to do so. As Colorado real estate broker Rona Hanson told realtor.com, “About 60 to 70 percent of my clients are buyers coming from out of state.”

Clever’s head of research, Thomas O’Shaughnessy, has a different theory for why recreational cannabis helps boost home prices. In his view, the driving force behind this development is the economic potential of the cannabis industry itself, which attracts both companies and potential employees. As he told the Los Angeles Times, “There’s an immediate bump right after legalization because investors see opportunities to go into those markets; they bring more job seekers.”

Another potential explanation involves the higher property taxes levied on these newly-valuable homes. With a broader and deeper tax base to draw upon, communities can make improvements to roads, schools, and other public services, making their neighborhoods more attractive places to live.

Still, there’s some debate whether cannabis is causing — or just correlated with — an increase in home prices. According to a 2018 report from the National Association of Realtors, around 75 percent of its members in states with some form of legal cannabis did not notice a difference in property values (though unlike the studies cited above, this report didn’t distinguish between states that legalized medical cannabis vs. those where the plant is legal for recreational purposes as well).

Even if you take the studies from Economic Inquiry and Clever Real Estate at face value, it’s important to note that recreational cannabis (in and of itself) isn’t enough to boost home prices: Without easy access to dispensaries, much of this bump is lost. A prime example can be found in Washington D.C., which legalized recreational cannabis in 2014 — but still hasn’t authorized any recreational dispensaries. Unlike other places that have fully legalized cannabis, the nation’s capital hasn’t seen a significant bump in property values.