How an Illegal Cannabis Pizza Chain Is Thriving in New York 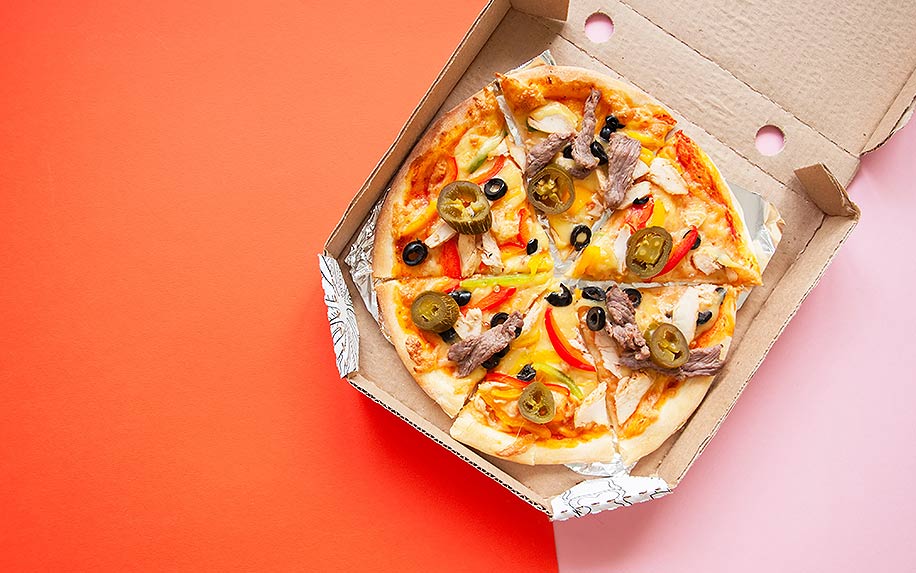 Americans love their pizza. Every second, we eat around 350 slices of it, and we have a seemingly endless appetite for fresh twists on this familiar favorite. According to a 2018 study commissioned by Pizza Magazine (yes, that’s a real thing), there are over 75,000 pizzerias in the United States. And aside from perhaps Chicago and its famous deep dish pies, no city is more synonymous with pizza experimentation than New York — there are over 360 pizza restaurants in the borough of Manhattan alone, as reported in the New York Daily News.

On many of their menus, you’ll find the same options, like meat lovers’, veggie-only, Hawaiian, and so on. But at one suddenly trendy establishment, the house speciality is much more unique and much less legal: cannabis pizza.

Chris Barrett, the proprietor of Stoned Pizza, runs three secret locations across Brooklyn, where customers can order everything from pizzas to chicken wings to sodas that have been infused with cannabis. To be clear, these aren’t CBD-infused foods — they’re made with THC-rich cannabis oil, which is illegal for private recreational use in New York (to say nothing of its use in commercial food products).

Still, Barrett seems largely unconcerned about running afoul of either health inspectors or law enforcement agents. As he told News 12 Brooklyn, he frequently changes the location of his restaurants, and takes great care to ensure that only trusted customers are able to find their addresses.

In Barrett’s view, he’s simply running out the clock until the inevitable day New York makes marijuana fully legal. “It’s going to take [city authorities] two years to bring this case to its end and by that time, it will definitely be legal,” he said.

How Is Stoned Pizza Still in Business?

Barrett’s prediction might sound overly optimistic, but it’s not entirely without basis — many have suggested that New York could be one of the next states to legalize recreational cannabis, due in large part to the pro-legalization stance of Gov. Andrew Cuomo (D). However, despite the fact that New York City is widely regarded as one of the most cannabis-friendly cities in the country (it has double the users of Los Angeles, where recreational use is legal), lawmakers have been unsuccessful in their attempts to advance legislation this year, and progress toward full legalization seem to have stalled for the time being.

Meanwhile, New York City’s ban on CBD-infused edibles recently went into effect, as authorities have vowed to enforce penalties on any establishments caught selling infused foods or beverages. It’s the culmination of a long-brewing crackdown on CBD edibles, with other establishments (such as Fat Cat Kitchen in Manhattan) having their products seized by health inspectors.

Yet for Barrett and other entrepreneurs willing to run significant legal risks, the potential payoffs from continuing to sell infused products are too great to ignore. Cannabis cuisine has emerged as one of the top food trends of 2019, and Americans are predicted to spend up to $10 billion on (legal) cannabis this year.

Aside from the lure of massive profits, there may be another reason why Barrett feels so confident in continuing to operate his illegal pizza ring — it’s relatively unlikely he’ll be caught. Enforcing the prohibition against cannabis has become a low priority for New York police (as evidenced by the 2018 New York Times piece titled, “Marijuana: The Signature Olfactory Experience of New York)”, and keeping his locations a secret means that unexpected visits from city health inspectors are not much of a concern.

For the time being, then, Stoned Pizza will continue to exist in the legal grey zone that defines much of America’s cannabis industry at the moment. Illegal in theory but generally tolerated in practice, it provides a curious snapshot of a country still coming to grips with how it feels about cannabis.