Here’s Why Mattress Company Casper Is Getting Into CBD 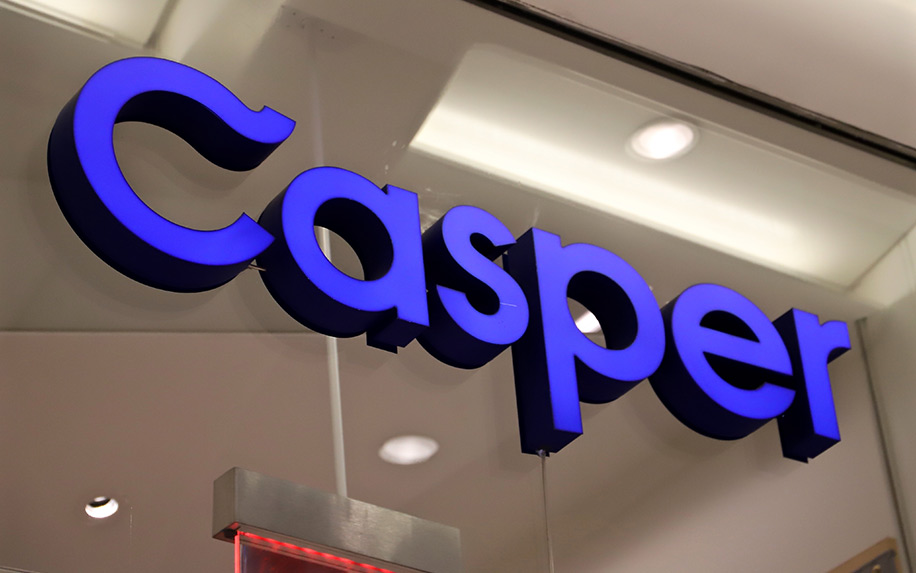 Casper’s new line of gummies contain two of the trendiest non-pharmaceutical sleep aids of the moment CBD and melatonin. Image Credit: By Chie Inoue on shutterstock.

Earlier this month, Casper announced the release of a new product that seems outside of their wheelhouse, considering they’re a mattress company — CBD gummies. But for a company that aspires to become “the Nike of sleep,” as detailed in a recent New York Times profile, the move might actually make sense.

Casper has always taken an innovative approach to sleep. Five years ago, the startup launched as a home-delivery mattress company, offering just a single product — a compressed roll that expanded into a full-size mattress during the unpacking process. Less than two years later, the company was valued at over $100 million, with Inc. Magazine saying that Casper’s unique business model (which includes free shipping and a 100-day trial period) was “keeping the sleep giants up at night.” By early 2019, this prediction seemed almost understated — in March, TechCrunch reported that healthy revenue streams and a new round of investment funding had boosted Casper’s market value to over $1.1 billion.

Now, the burgeoning sleep behemoth is angling for a piece of the highly lucrative CBD market, which analysts expect to be worth $22 billion by 2022. Their new line of gummies, which contain two of the trendiest non-pharmaceutical sleep aids of the moment — CBD and melatonin — will be produced in partnership with Plus, one of the country’s leading CBD edibles companies.

“Because we saw the killer application of CBD products helping people sleep, we are approached all the time by different companies that want to get into this space,” explained Casper Co-founder and CEO Philip Krim in an interview with CNBC. “As we got to know Plus over a pretty long period of time and we looked at really everyone else out there … we found that this was the right partnership for us.”

Everything You Need to Know About Casper’s New CBD Gummies

In 2018, the phrase “CBD gummies” became the third-most searched item in Google’s food category. But the popularity of CBD gummies stretches back even further — since 2016, gummies have been the most popular edible in Colorado, according to sales data from research firm BDS Analytics.

They’re one of the driving forces behind the quickly-growing CBD edibles market, which surpassed $1 billion in sales in 2018 and is expected to reach $4.1 billion by 2022. It’s little wonder, then, that Green Entrepreneur put gummies #1 on their list of “6 Hottest Cannabis Products of 2019” — or that Casper made them their first foray into the world of CBD.

Casper will be offering three varieties of gummy, called Sleep, Uplift, and Balance. The first variety comes in a blackberry-tea flavor and contains 25 mg of CBD isolate per gummy, along with chamomile extract and 1 mg of melatonin. The grapefruit-flavored Uplift gummies contain a higher dosage of CBD (50 mg) along with energy-boosting B6, B9, and B12 vitamins and lemon essential oil. Balance, which is flavored to taste like blueberries, has a simpler formulation with just 50 mg of CBD per piece. All varieties are priced at $35 for a tin of 14 gummies.

Given Casper’s background as a mattress company, its Sleep gummies are likely to attract the most attention. Ever since CBD entered the national conversation, Americans have been wondering if it could help them sleep better. According to a recent Gallup poll, it’s the third-most common reason people cite for trying the cannabinoid.

The research, while promising, still paints a mixed picture when it comes to CBD and sleep. For example, in 2019 The Permanente Journal published the results of a study examining the effects of CBD on sleep and anxiety. Over the course of a month, participants were given doses of CBD ranging from 25 mg to 175 mg per day. At the end of the month, participants had consistently scored their anxiety lower than it was before treatment with CBD — and had documented significant improvements in their sleep. However, the latter results were somewhat inconsistent, as they fluctuated throughout the month.

At the same time, other studies have shown CBD can improve both the duration and quality of sleep when taken at the correct dosage, and one advantage of using CBD gummies to boost sleep is the level of control it gives users over their intake. While other methods like vaping may be faster — edibles are known to take a while to kick in —they also make it harder to determine the exact amount of CBD you need to get results. Eating a gummy or two, on the other hand, leaves little room for confusion.

There’s a catch, though: because edibles like CBD gummies have to be digested before they enter your bloodstream, they tend to have lower bioavailability — i.e. your body isn’t able to absorb and process them as easily as they would a tincture or sublingual strip. According to a 2018 review published in the journal Frontiers in Pharmacology, CBD edibles tend to have a bioavailability between 13-19 percent, compared with 31 percent for smoking.