Here Are the States With the Highest Cannabis Use 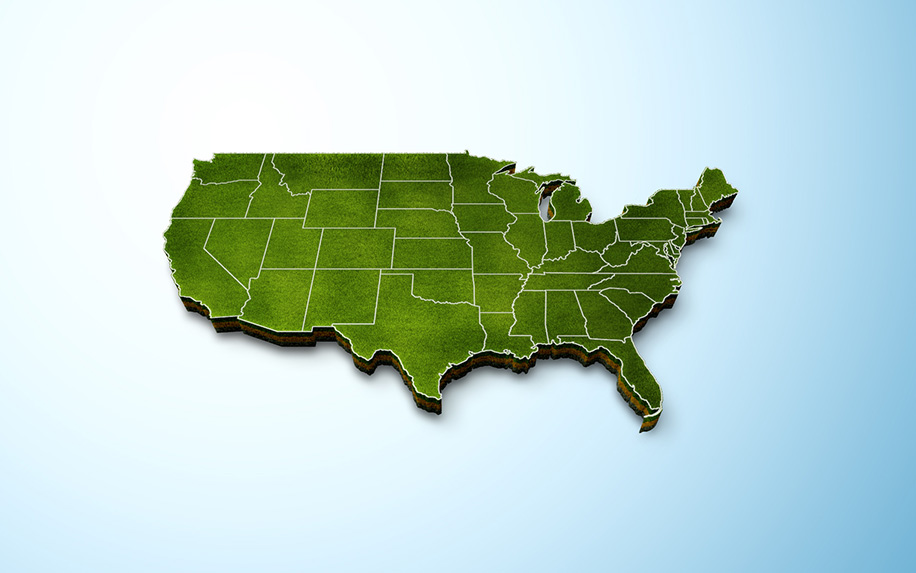 As cannabis becomes legalized more people are starting to use it recreationally and medically. Image Credit: By Art101 on shutterstock

Legal cannabis is becoming more accessible across the United States. 33 states have already legalized medical cannabis, 10 states (and Washington D.C.) have legalized cannabis for recreational use, and even the most conservative parts of the country are now considering various forms of cannabis legalization. While state laws have drawn the most media attention in recent years, federal laws may soon be changing, too, as bills to legalize cannabis at the national level have recently been presented to both the Senate and House of Representatives.

And as cannabis becomes more available and acceptable, people are starting to use it more.

The most current data on state-by-state use dates back to 2017 — based on the number of past-year smokers age 12 and older from the most recent National Surveys on Drug Use and Health, along with 2017 U.S. Census estimates. These datasets show a significant increase compared with the number of cannabis users in 2012 — though the cause of this is still being debated.

While 2018 was a busy year for policy change, research shows that cannabis legalization has followed a change in attitudes about the substance and not the other way around. There’s little doubt that popular opinions about cannabis have undergone a sea change, as medical cannabis has become an increasingly popular alternative to prescription drugs and companies rush to get a piece of the burgeoning legal cannabis industry. As this trend continues to gain steam, the number of cannabis users seems set to rise.

But how does cannabis use vary by state?

Below, you’ll find a list of the states with the highest percentages of people aged 12 and up who reported using cannabis in the past year (Washington D.C. would top the list if it were a state).

It’s likely that next year’s list will look much different — research has shown that young people in liberal-leaning states use more cannabis, so states like Connecticut, Kansas, Illinois, Minnesota, New Jersey, New York, Pennsylvania and Wisconsin, who all recently elected or re-elected Democratic governors who support cannabis legalization, might soon rise up the rankings.

10. New Hampshire (16.1%)
Though Republican Governor Chris Sununu strongly opposes cannabis legalization, it seems momentum is running the opposite way, with three cannabis-related bills under consideration by the state legislature. These measures aim to expand New Hampshire’s medical cannabis program and erase convictions for small-scale possession charges made prior to 2017’s decriminalization, moving the state closer to full legalization.

9. Montana (16.3%)
An early adopter of medical cannabis in 2004, business in the nascent industry boomed until 2011, when DEA raids and restrictive legislation dealt a blow to the state’s legal cannabis sector. In 2016, the state’s second medical cannabis law put growth back on track, and extralegal consumption has grown along with it.

7. Rhode Island (17.8%)
As its neighbors move to legalize recreational use cannabis, Democratic Governor Gina Raimondo has signaled that the time has come for Rhode Island to consider full legalization. “Things have changed, mainly because all of our neighbors are moving forward,” she told the Providence Journal in January. “We’re not an island, in fact. Like it or not, we’re going to be incurring public safety and public health expenses because it’s legal in Massachusetts … And I think it is time for us to put together our own regulatory and taxing framework.”

6. Alaska (18%)
Alaska has had one of the longer marches toward legalization, which started with a 1975 attempt at decriminalization and reached its end goal in 2015, when it became the third state to legalize recreational cannabis. The law was designed with tourists in mind, but various restrictions in the law have handcuffed the industry — which should change as the state recently became the first to approve on-site consumption at dispensaries.

5. Washington (18.6%)
Along with Colorado, Washington was one of the first states to legalize the recreational use of cannabis in 2012, making it an interesting test case for usage habits post-legalization. The most recent evidence suggests that teen cannabis use has dropped in the legal era, and that legalization caused no spike in violence in the years afterward.

4. Maine (18.9%)
In 2016, Maine legalized recreational cannabis, although the legislature has since been dragging its feet in coming up with rules for dispensaries (medical cannabis laws have permitted sales at dispensaries since 1999, but these don’t apply to recreational use). In the interim, people can grow cannabis themselves (as long as it’s out of sight of minors and labeled with a tag that includes the grower’s name and Maine driver’s license number) and possess up to 2.5 ounces.

3. Colorado (20.6%)
We’ve officially entered 1-in-5 territory with Colorado, which has gone from being a pioneer of full legalization to being an industry powerhouse, collecting $247 million in taxes, fees and licensing costs in 2017. While adult use of cannabis is at an all-time high, teen use has decreased — though some worrisome trends have begun to emerge, such as the number of ER visits by teens quadrupling in the legal era.

2. Vermont (20.7%)
Leading the New England cohort is Vermont, which became the first state to legalize cannabis through the legislature rather than a ballot initiative in 2018. Though limited possession and home growing was permitted under the bill, the legislature hasn’t yet come up with a regulatory framework for commercial sales.

1. Oregon (22.4%)
Leading the West Coast contingent is 2015 legalizer Oregon, whose 928,000 users are eclipsed by 5th-ranking Colorado (1,155,000 users) and 12th-ranking California (5,713,000 users). But Oregon is coming up fast — cannabis use among those 26 and over has doubled since 2006. Still, even this ramped-up usage can’t keep pace with local industry optimism, which saw supply overshoot demand by one million pounds of cannabis last year.