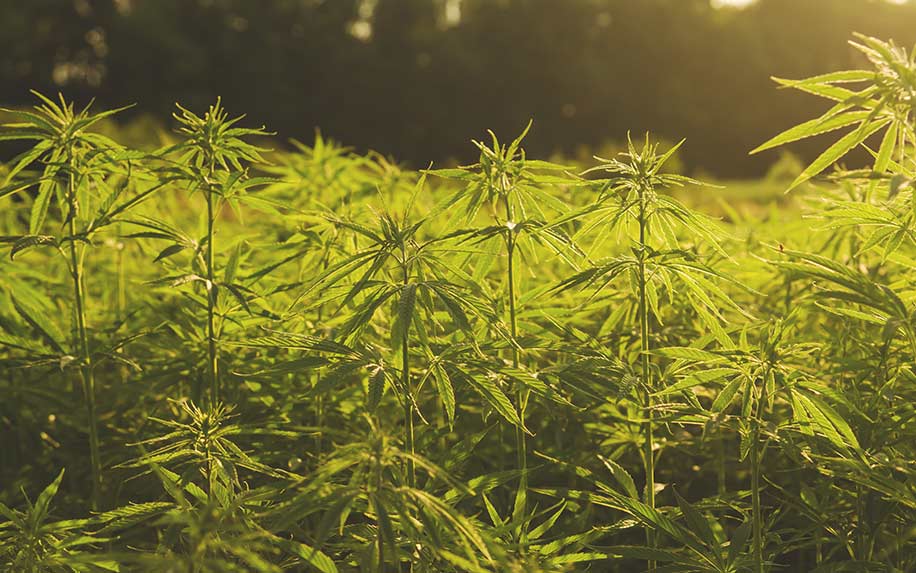 According to farmers, hemp is one of the most demanding plants you can grow. Image Credit: By jessicahyde on shutterstock.

Ever since the passage of the 2018 Farm Bill (and perhaps before), hemp has been touted as a solution for everything from the world’s plastic crisis to the over forestation of oak trees. Enticed by this massive and lucrative opportunity, the nation’s politicians and farmers are lining up to get a piece of the pie — ideally, the bigger the better.

Hemp comes from the same plant genus as marijuana, but its lack of intoxicating effects allows it much more leeway under federal law. This has led many to bill it as “the next American cash crop,” helping to pick up the slack left by the nation’s fast-dwindling interest in tobacco. Its biggest champion, oddly enough, is the uber-conservative Senate Majority Leader Mitch McConnell, who has long been a tireless proponent for the plant both in Washington D.C. and in his home state of Kentucky. In 2015, he told Politico, “[By] exploring innovative ways to use industrial hemp to benefit a variety of Kentucky industries, [its cultivation] could help boost our state’s economy and lead to future jobs. I look forward to seeing industrial hemp prosper in the Commonwealth.”

So far, it certainly seems like the plant (and the farmers who grow it) are prospering. According to Cannabis Industry Journal, the total market for industrial hemp in the U.S. was around $504 million. Today, that number has skyrocketed to $1.1 billion, a number that is expected to more than double to $2.6 billion by 2022, according to research from New Frontier Data.

For innovative hemp farmers like Chad Currin of BioSoil Farm in Glenville, California, this is music to their ears.

American Farmers Get Creative With Their Hemp Crops

As Currin told the local news outlet Times Union, hemp is one of “the most demanding plants you can grow,” with its cultivation complicated by factors both general (ex. inclement weather) and specific to hemp (ex. cross-pollination).

After raising $500,00 from local investors, Currin set up a 12,000 square foot indoor grow operation in an effort to control for these variables. His team is also tinkering on the margins, seeking to understand everything about how hemp plants grow (and what can make them grow faster and more efficiently). So far, their experiments have yielded some successes — a composted fertilizer made from worm excrement seems to work well — and at least one humorous failure: When the team tried pumping in music to affect the plants’ growth, they discovered that hemp doesn’t like classic rock.

“The worst is Led Zeppelin,” Currin told the Times Union.

However, growing the company’s hemp indoors has helped BioSoil Farm avoid some of the problems that have plagued other grow operations around the country — especially the issue of cross-pollination, which can make or break a CBD-oriented crop like the ones grown by BioSoil.

Hemp farmers who seek to produce CBD are careful to keep their fields free of male plants, since these can pollinate the female ones — and drastically reduce the amount of CBD and other cannabinoids they produce. Farmers who grow industrial hemp for other purposes (such as clothing) don’t have the same concerns, since their only priority is the plants’ strong, fibrous stalks. However, if the two farms are located close to one another, there’s a strong possibility of unwanted intermingling.

“If one farmer grows hemp for CBD while a neighbor grows for fiber only, the male plants on the fiber farm could pollinate the plants growing for CBD and ruin the crop,” National Hemp Association chairman Geoff Whaling told Harvest Public Media. “The pollen from hemp can drift as far as seven, 10, some say as far as 20 miles.”

Growing hemp indoors avoids this problem, and it also protects the plants from the environmental uncertainties that are becoming an increasingly common fact of life. This is especially important for hemp plants, which, despite their hardiness, don’t respond well to stressors immediately after being planted. A number of Kansas farmers learned that the hard way earlier this year when a storm drowned most of their hemp seeds days after planting, as reported by the farming publication AgWeb. This sort of event has “detrimental effects on crop establishment as hemp does not tolerate ‘wet feet’ during early stages of development,” according to the Canadian Hemp Trade Alliance.

Despite the issues inherent to hemp farming, the rewards make the risks worthwhile (at least for those who can muster up the initial investment), and Currin isn’t the only grower experimenting with novel ways to grow the crop. In January, one of the largest cannabis companies in the world announced that it had devised a method for growing hemp completely free of THC, which it hailed as “a breakthrough to grow the global hemp industry and make Kentucky the Silicon Valley of hemp innovation,” as reported by the Louisville Courier Journal.

In the years to come, we’re likely to see a growing number of these innovative hemp farms sprouting up around the country — as Currin (and many others) have said, we’re currently in “the Wild West” era of hemp, and the possibilities are seemingly limitless.