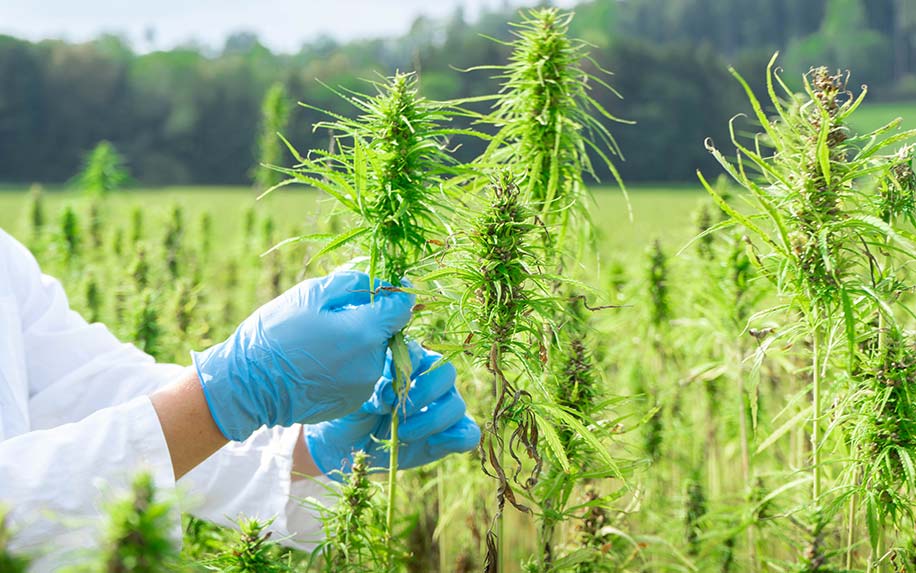 There are now more legal cannabis workers than dental hygienists.Image Credit: By moins on Shutterstock

Proponents of legal cannabis have long pointed to three main benefits of legalization: the elimination of the black market, the influx of tax revenue, and the creation of jobs. While overpriced dispensaries and murky regulations have been roadblocks to the first two, it’s safe to say the third promise has been kept: the legal cannabis industry is now the fastest-growing job market in America.

There are now more legal cannabis workers than dental hygienists, according to a recent report from Leafly and Whitney Economics. Over 211,000 Americans are now employed in jobs directly related to cannabis, while another 85,000 have found jobs in tangentially related positions such as logistics and transportation. In 2018 alone, the market increased by 44 percent, or more than 64,000 jobs.

The variety of jobs available in the industry itself is more diverse than one might think. Cannabis companies are seeking to hire not just farmers and budtenders, but also graphic designers, lab technicians, and more. As a result, cannabis courses are becoming commonplace on American university campuses, and recruiters are being forced to become more creative to find the right people for such a diverse range of positions.

This explosive demand has also led to the development of specialized services such as Vangst, an agency that exclusively recruits for the cannabis industry. The company’s founder, Karson Humiston, is one of a growing number of young entrepreneurs carving out their own niches in cannabis-adjacent sectors.

At the moment, the pipeline of cannabis workers is clearly still under construction. As Humiston said, “The cannabis industry lacks the tools and infrastructure that mainstream industries often take for granted.”

Yet at the same time, opportunities abound.

Not only are cannabis jobs increasingly plentiful, they’re also surprisingly well compensated. A recent report from the employment platform Glassdoor found that the median salary in the industry was 11 percent greater than the median American salary ($52,863).

As with any sector, however, these can vary widely — here’s a sample of the most widely available positions, according to Green Entrepreneur.

Dispensary Staff
With over 2,000 medical and recreational cannabis dispensaries across the country, these outlets have become a major employer. The majority of positions posted are for budtenders or managers, who are hired primarily for their specialized knowledge of cannabis (though around fifty percent have no formal training). A skilled budtender can earn around $14 an hour, while managers, who are typically paid yearly salaries, tend to take home around $56,000 per year.

Trimmers
These positions, which are especially plentiful in states that grow large amounts of cannabis such as Oregon and California, are physically demanding — they involve cutting, drying, and preparing plant material for retail sale. Compensation typically depends on the total amount of cannabis harvested, though this typically works out to an hourly rate between $11.50 and $14.50.

Lab Technicians
From quality control testing to processing extracts and isolates, lab technicians working in the cannabis industry often find themselves in many different roles. Although these jobs already represent a significant proportion of the market, they are likely to increase even more if (or when) the cannabis industry finally gets the regulation it’s been asking for. It’s a lucrative position with deal of room for advancement, as well — a director of extraction can earn nearly $200,000.

Sales Representatives
Some parts of the cannabis business may not look like a traditional industry, but at the end of the day, companies have many of the same needs, and selling product is perhaps the most pressing. Whether it’s convincing a chain of dispensaries to buy a farm’s harvest of flower, or persuading a beauty line to infuse their products with a certain type of CBD oil, cannabis-savvy salespeople are in high demand, with average salaries around $59,000.

Delivery Drivers
From drive-thrus to delivery, dispensaries are diversifying. Especially in states like California, home delivery services like Eaze are becoming increasingly popular, and dropping off cannabis has emerged as a popular alternative to driving for Lyft or Uber. Drivers tend to make around $16 an hour, in addition to tips — though the position does come with some downsides, as a number of drivers have been robbed at gunpoint in recent months.
Compliance Managers

Speaking of regulations, compliance managers are an indispensable part of the team for many cannabis businesses, helping to ensure the company and its products don’t run afoul of the byzantine regulations that govern every aspect of the cultivation, distribution, and sale of cannabis. According to Vangst, these are some of the most common — and difficult to fill — positions on the market. For this, compliance managers are handsomely compensated, with well-qualified candidates earning over $80,000 a year.