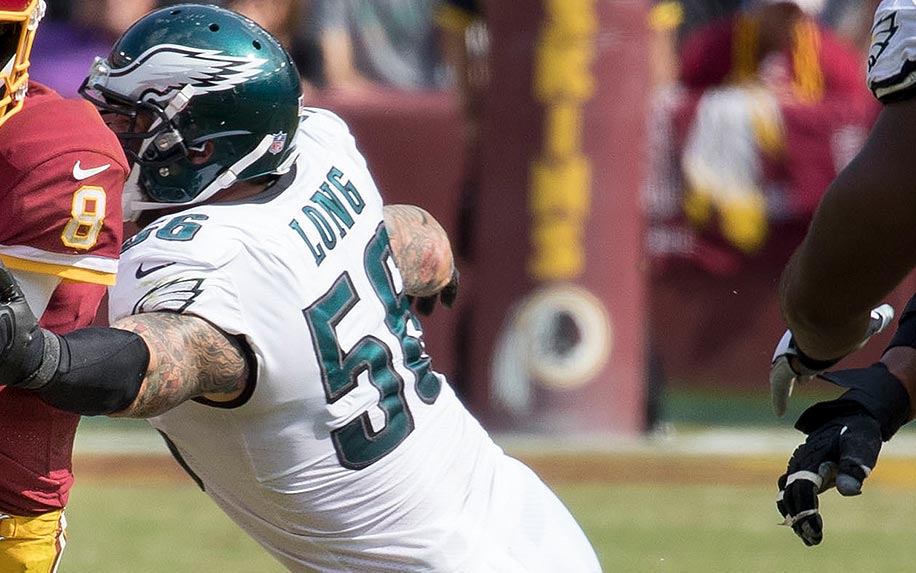 After a long NFL career, Chris Long is dedicating himself to cannabis advocacy. Image Credit: Kirk Cousins on wikipedia.

For well over a decade, Chris Long was one of the most respected names in football. A college All-American and a two-time Super Bowl champion, the former defensive end also won the 2018 Walter Payton NFL Man of the Year Award, which “honors a player’s volunteer and charity work, as well as his excellence on the field.” However, when Long decided to retire in the spring of 2019, the headlines didn’t focus on his 70 career sacks or his progressive philanthropy (he once donated $375,000 to fund scholarships for students in Charlottesville, VA).

Rather, they focused on his cannabis use.

During an interview on “The Dan Patrick Show” shortly after announcing his retirement, Long told Patrick that he used his “fair share” of cannabis during his playing career, and criticized the NFL’s current stance on the plant. It’s not the first time that Long has been vocally critical of the league’s (and its partners’) outdated views on cannabis: when CBS rejected a proposed cannabis-related Super Bowl commercial last year, he tweeted out, “Keep pumping the booze ads, guys. You’re doing great!”

Yet while many media outlets focused on the sensational details of Long’s “admission” of using cannabis during his playing career, he says that he broached the topic with a larger goal in mind. As he told ESPN, “The lead was not that I smoked marijuana. The lead was that I talked about trying to destigmatize it. And hopefully the NFL will hear some of their players talk — former or current, if you have the [guts] —to say, ‘Something needs to change.’”

Like many sports leagues around the world, the NFL’s stance on cannabis has been evolving for a number of years. While players can still be suspended for testing positive, such stringent disciplinary action is now reserved only for repeat offenders — players who fail for the first time receive a warning and are required to submit to additional tests for up to two years.

Recently, the league has given indications that it may relax its policies even further. As reported in NBC Sports, the NFL’s collective bargaining agreement (CBA) is set to expire soon, and the league is “prepared to make major concessions regarding the substance-abuse policy, especially as it relates to marijuana.”

According to former players such as Long, it’s about time. In an interview with ESPN, Long said, “We should be headed to a place where we allow players to enjoy what I would not even call a drug …. it is far less harmful than alcohol, it is far less harmful than tobacco, and at various points in the league’s history, they have engaged in partnerships on different levels with those respective industries.”

Yet while Long speaks highly of cannabis’ medicinal potential for NFL players — and he’s not alone, as a recent ESPN survey showed that 61 percent of players believe legal cannabis treatments would decrease the need for injections of powerful, addictive medications to relieve pain and inflammation — he’s also praised its recreational uses, though he bristles against the notion that he’s some kind of stereotypical cannabis enthusiast.

Other NFL players, like former offensive lineman Eben Britton, have echoed Long’s view. “[Using cannabis] helped me to socialize with teammates. We let our guard down,” he told the New York Post. “Cannabis took us out of football. We were hanging out and just being people. It brought us closer together as teammates.”

Ultimately, that seems to be the goal of Long (and others) who are to change the NFL’s cannabis policy: to give players access to the same plant that millions of others are already using, for the same reasons that they’re using it. If recent trends are any indication, they may prove victorious sooner rather than later.