Eaze, America’s Biggest Cannabis Delivery Service, Could Be in Trouble 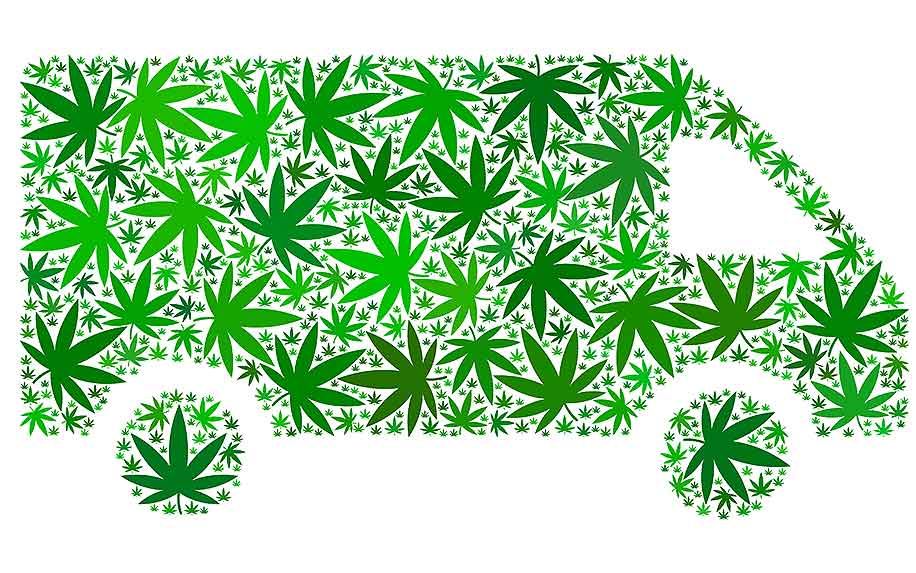 In early June, a shot was fired in the California cannabis delivery wars — a lawsuit between Herban Industries, a subsidiary of Canada-based DionyMed Brands and operator of startup delivery service Chill, and dominant cannabis courier Eaze, DionyMed’s former partner.

As reported in the Mercury News, the complaint claimed that Eaze has created a system of false charges that allow it to take credit cards, creating an unfair advantage among its competitors in the cannabis delivery space, who are prohibited by law from accepting card payments.

Eaze itself doesn’t process any payments, instead relying on its licensed cannabis retail partners on that end. But DionyMed’s suit alleges that charges filtered through fake online retailers with names like HappyPuppyBox.com, OutdoorMaxx.com and Fly2SkyShop.com have helped Eaze to quadruple its revenue and cut into the profits of its cash-only competition.

The lawsuit alleges that Eaze’s revenue is three times that of Chill due to this unfair advantage. According to the complaint, Eaze has orchestrated a system of offshore shell companies to disguise cannabis transactions as payments for “dog toys, dive gear, carbonated drinks, drone components and face creams, among other things.”

San Francisco attorney Katy Young told Marijuana Business Daily that the case could prove “dangerous” for the industry at large, casting a shadow over the cannabis-infused gold rush that has investors and entrepreneurs so excited.

“We all know in the cannabis industry you have to get your hands a little dirty,” she said, “and the second we start blowing each other up in lawsuits for the various ways that entrepreneurs have figured out how to do business, that’s how the industry starts to cannibalize itself.”

The lawsuit was telegraphed by a March decision by DionyMed to dissolve its partnership with Eaze, which had brought it $2.9 million in revenue per month, as reported in L.A. Cannabis News. DionyMed issued a statement at the time which foreshadowed the logic of the current suit: “Based on review by outside counsel, DYME could not confirm that the processing procedure meets California regulatory requirements.”

At the time, DionyMed said it would soon expand the scope of Chill’s operations.

How Eaze Broke the Rules of the Cannabis Industry

By allegedly using its partners to process credit card payments, Eaze skirted one of the most important (and restrictive) rules governing the legal cannabis industry. In the U.S., cannabis delivery orders must be paid in cash or through a bank-linked service like PayPal or PayQwick. Though some services claim to accept credit cards they usually mean only debit, as the major credit card networks do not allow merchants to use their cards for cannabis purchases — they do not even have a merchant code for such purposes — and will shut down any account they find out of compliance. The inability to accept credit card payments is a pervasive one throughout the industry: online retailers like Thrive Market have been forced to stop selling cannabis-derived products for this exact reason.

As long as federal cannabis prohibition is in force in the U.S., and safeguards like the SAFE Banking Act of 2019 remain in limbo, national institutions like banks and credit card companies are unlikely to extend credit or loans to the cannabis industry. The situation has resulted in a race for funding from other sources; smaller operators are increasingly finding themselves squeezed out, and larger companies like Eaze are gaining in market share.

Eaze has a financial backbone of $52 million, provided in large part by venture capital funding. DionyMed’s war chest is considerably smaller than its former partner’s, though it has narrowed the gap since coming into $40 million in new funding at the start of the year.

This is not the first time that Eaze has been accused of throwing its weight around in unscrupulous ways. A 2018 class-action lawsuit against the company also targeted what it claimed were unfair marketing practices, in the form of frequent nonconsensual text messages which it said violated the Telephone Consumer Protection Act of 1991. The suit, initiated by San Diego nursing home worker Farrah Williams, alleged, “The reality is that [Eaze] ‘growth hacked’ its way to the top of the pot delivery business — specifically, by relentlessly bombarding existing and prospective customers with text messages and other digital spam, without anyone’s permission.”

Eaze settled the suit for $1.75 million at the end of March, around the same time that DionyMed dissolved the companies’ partnership.