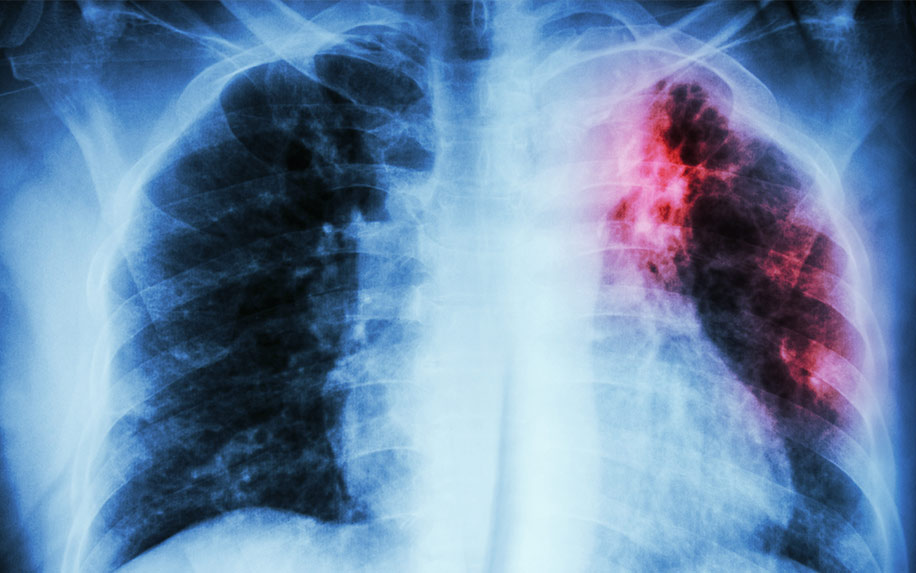 Cannabis has yet to be implicated in any recent lung disease cases, but recreational users may want to rethink their vape pen usage. Image Credit: By Puwadol Jaturawutthichai on shutterstock.

After a rash of mid-August respiratory disease hospitalizations in three states were attributed to vaping, the Centers for Disease Control and Prevention (CDC) were called in to investigate. Now, the CDC reports that 94 possible cases of severe lung disease associated with vaping were reported in 14 states from June 28 to August 15 — and an independent investigation by CNN puts the possible number at 120. While cannabis has not yet been implicated in any of the cases, this development might give both medical and recreational users reason to think twice before picking up their vape pens.

In Wisconsin, home to 15 possible cases of vaping-related lung disease and 15 confirmed ones, NBC News reported that 26-year-old Dylan Nelson checked himself into an area hospital after taking a couple of hits from a new vape cartridge that he’d bought off the street. His symptoms got progressively worse through the day; when his lungs started to fill with fluid, doctors put him into a medically-induced coma. Now, he has been discharged from the hospital and is recovering.

The brand of e-cigarette liquid Nelson bought, called Dank Vapes, went out of business years before. Investigators don’t yet know what brands or substances other than e-cigarettes are implicated. The president of the American Vaping Association, Gregory Conley, told Science Alert that he believes homemade cannabis vape cartridges could be responsible for the outbreak. “It appears much more likely that the products causing lung damage are amateur-made street vapes containing THC or illegal drugs, not nicotine,” he said. However, that assumption hasn’t been supported by any evidence to date.

The largest number of cases have been associated with teens and young adults, although older adults have now been linked with the outbreak. Health officials list shortness of breath, fatigue, chest pain, cough, and weight loss among the symptoms. Many report symptoms worsening over time, with a number of patients requiring ventilators and intensive care. Some have been hospitalized for several weeks.

The CDC issued a statement saying that an infectious disease does not appear to be behind the illnesses.

While investigators look into the substances that triggered the outbreak, health professionals are pondering evidence of vaping health risks that have already emerged.

“This is the headline we’ve been trying to prevent,” Dr. Joseph Allen, Assistant Professor of Exposure at Harvard’s School of Public Health, told Popular Science. Allen is co-author of a study published earlier this year that found microbes and/or microbial toxins in most of the top-selling brands of e-cigarette liquid, which “may have adverse respiratory effects.”

In both cannabis and non-cannabis vape liquids, other sources of contamination — especially heavy metals and industrial solvents — have also been identified by researchers as significant health risks.

Vaping products are not approved by the Food and Drug Administration (FDA), although many manufacturers hold up their use of FDA-approved food-grade ingredients as proof that their products are safe. But Allen warns that food-grade ingredients in vaping liquids haven’t been tested for safety when aerosolized and inhaled. “When you have millions of kids inhaling this cocktail of chemicals that were never tested for inhalation safety, this type of headline is predictable, and also avoidable,” he said.

This isn’t to say that FDA involvement with vaping products is unprecedented. In 2018, Time reported that the FDA sent a warning letter to the Chinese producer of “E-Cialis HelloCig E-Liquid” for its use of unapproved drugs intended for erectile dysfunction, which could be dangerous for certain users.

Studies have also looked into e-cigarette use and vascular, respiratory, and cellular damage before. Federal health agencies are investigating rarer health issues potentially associated with vaping, such as seizures.

Another issue is the widespread perception that vaping is “safe.” While vaping is currently thought to be “safer” than smoking, it carries a growing list of health concerns.

Teen use of vaping products is especially dangerous, health authorities warn, both for the addictive potential of the nicotine in e-cigarettes and for the risks they pose to underdeveloped teen lungs. The popularity of cannabis vaping among teens has also been cause for concern — a 2018 study in JAMA Pediatrics found that over 2 million American high schoolers said they’d vaped cannabis.

Vaping in general is even more popular among teens. In 2018, more than 3.6 million U.S. middle and high school students reported using e-cigarettes in the past 30 days, a rise of 1.5 million over 2017.

Meanwhile, more remains to be discovered about the emerging risk of vaping-related lung disease. “There is no diagnostic code … for lung diseases related to vaping,” Dr. Humberto Choi, a pulmonologist and critical care specialist at the Cleveland Clinic, told CBS. “So it’ll be hard to follow and track”.

“People had the impression that vaping was something safe,” Choi added. “They don’t connect new symptoms with vaping.”