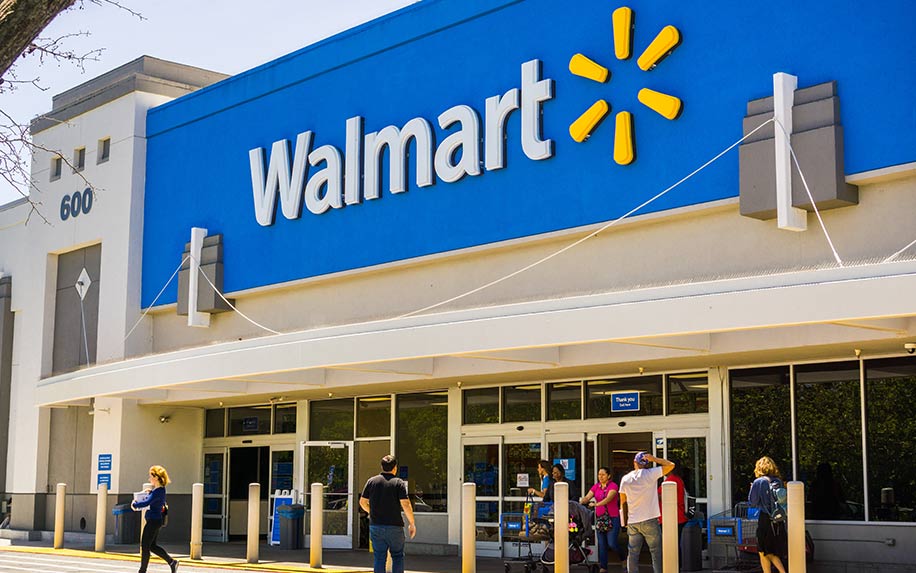 Last April, the lines at a Denver Carl’s Jr. began at six in the morning. The fast-food giant was running a one-day special on their Rocky Mountain High Burger, a double-patty delight complete with a layer of waffle fries and covered with cheese.

For some, that might have been enough. But, Carl’s Jr. upped the ante by adding five milligrams of CBD to its recipe. The franchise sold out by the afternoon, and, if the reports are correct, over 2,200 burgers were purchased that day.

Carl’s Jr. may have made headlines for its Rocky Mountain debut, but the fast-food chain is far from the only major company dipping into the CBD market. Already, companies as diverse as GNC, Saks, and Walgreens are making space for CBD products on their shelves.

And more could soon be on their way.

Most recently, big-box chains Walmart and Target have been quietly meeting with the manufacturers of CBD gummies, drinks, and skin care products and exploring what the CBD business could look like for them, as reported in the New York Post. While an official Walmart spokesperson claimed that the company had no plans to bring CBD into its stores, the Post’s reporting suggests otherwise. And with CBD supplements already available through Walmart’s website, it might not be long before they start appearing in physical stores as well.

But if and when they do, it could have major consequences for the way CBD is produced, marketed, and sold — especially for mom-and-pop businesses who could be squeezed out of the market.

Can Small CBD Producers Scale Up Without Selling Out (or Going Under)?

CBD products have been available on pharmacy shelves in European countries like Germany and Spain for several years. In the United States, however, the CBD market was more or less closed until 2014. That’s when the U.S. Agricultural Act allowed states to grow hemp in experimental pilot programs,

Prior to the bill, the only way to access a consistent supply of CBD was with a medical cannabis prescription, a luxury which, at the time, was still difficult to obtain in most states. After hemp farming was legalized nation-wide in 2018, hemp farmers and manufacturers scrambled to get their CBD products manufactured and out for sale — with huge international corporations like Target and Walmart being the holy grail of potential buyers.

However, for many of these mom-and-pop CBD businesses, partnering with such massive companies can be daunting. “It’s kind of like, be careful what you wish for,” as Ray Hartjen, marketing director of analytics firm RetailNext, told the business news network Cheddar. ““People are becoming aware of your product and definitely aware of your brand, but to get there, there’s a lot of challenges ー and they are not inexpensive.”

Aside from the issues of scaling — extracting and producing CBD oil is an expensive and resource-intensive process — it’s also harder to ensure customers get a favorable impression of the brand. According to Pete Horvath, CEO of an Ohio-based cannabis branding company, “In a mass merchandiser, I can’t control how well stocked the shelves are. I can’t hand product knowledge off to my consumer,” as he told Cheddar. “[Whereas] in one of my shops, I’ve got an advocate for the brand, I’ve got an advocate for the benefits.”

For Big Businesses, Regulation Is Biggest Concern About CBD

For big-box retailers themselves, the biggest problem with the CBD craze is regulation. The FDA has yet to come forward with firm regulations, and as such, there are no determined limits, boundaries, or safety standards for the compound. This lack of clear boundaries can be problematic for public companies as large as Walmart, an empire which serves over 275 million weekly customers worldwide. And with every corporate decision carefully scrutinized by the national media, any false step can be costly.

In 2017, Target briefly made waves for offering CBD products from the popular Charlotte’s Web brand through its online store. However, a week after the products were made available, they were quietly taken down — with no reason given for their removal, nor for why Target had decided to sell them in the first place. It’s possible that Target’s leadership had misunderstood CBD’s legal status (since the 2018 Farm Bill had not yet been passed, CBD was still technically a federally illegal substance at the time). As Jason Strekal, political director for the National Organization for the Reform of Marijuana Laws (NORML) told SELF at the time, “It looks like Target jumped the gun a little.”

Now, even with CBD legal nearly everywhere in the country, the company is taking a more cautious approach. “Like many companies, we know there is consumer interest in CBD products, and the conversation is evolving quickly,” a Target spokesperson told New York Daily. “We’re following the discussion, but currently don’t have any immediate plans to carry them.”

For retail behemoths like Target and Walmart, at the moment it’s better to be safe than sorry — but it’s likely only a matter of time before they take the CBD plunge.

Anna Wilcox has been writing about cannabis for the past six years. Her work has been featured in Herb, Leafly, Cannabis Now, and Green Flower, among others. She can be reached via Twitter at @anna_wlcx