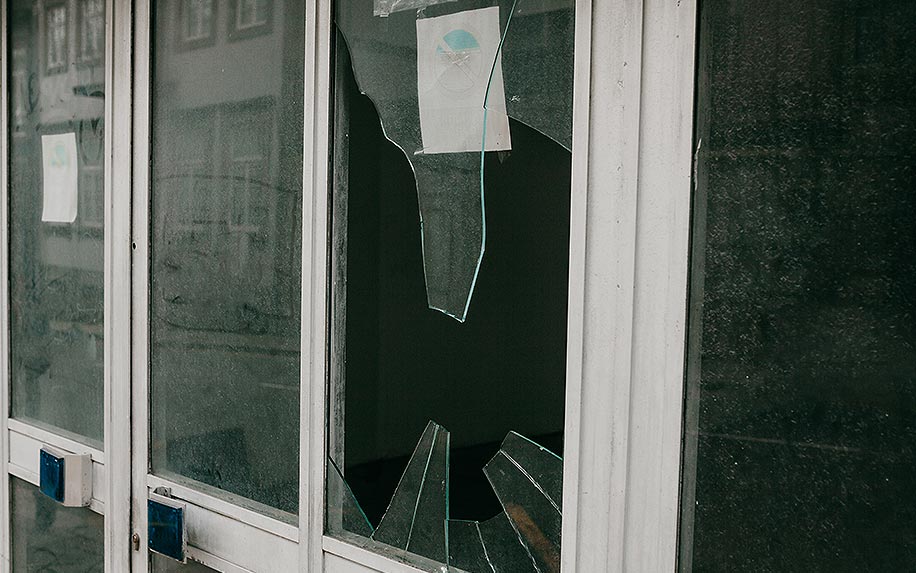 In the past several months, a number of CBD stores across the country have been damaged and burglarized.Image Credit: By franz12 on shutterstock.

CBD, the non-intoxicating cannabis compound, has made legions of fans from Wall Street analysts to self-care aficionados — but its newfound popularity has also attracted attention from a less-desirable demographic: Burglars.

In the past several weeks, a number of CBD stores across the country have been damaged and burglarized. The first attack happened in Grand Blanc, MI, where a pop-up shop selling CBD bath products, called the Sugar Mermaid, was ransacked in late July.

The shop’s owner, Adrian Deiulius, told local news station MLive that the thieves who have not yet been caught) had stolen all her CBD products and completely destroyed everything everything else in the store.

“It’s going to take me a little bit of time [to reopen] just because I literally don’t have a single thing left. I’m going to have to recreate everything I have in the store,” she said.

In early August, another attack against a CBD store, called the Sweet Releaf CBD Lounge, occurred in downtown Charlottesville, VA. This incident was even more surprising, as the shop was robbed twice in 24 hours by the group of robbers. According to the shop’s owner, Tracy Riffel, the robbers stole about $4,500 worth of CBD and vaping products. They were caught on security cameras both times, though no arrests have been made yet.

“They’re very young, and it worries me because they’re so young,” Riffel told local ABC affiliate WHSV 3. “Maybe some kind of lesson can be taught to keep them from going to prison before they’re in their early 20s.”

Attacks against CBD stores have even become an international phenomenon, with a shop in Blackpool, England also being attacked in late July. This time, the motivation behind the attack seems to have been the attackers’ inability to distinguish between CBD (which is non-intoxicating and legal in the U.K.) and actual cannabis. They didn’t steal any products, apparently content to smash windows, superglue the lock on the front door, and write “STOP THE DRUGS” in red paint on the front of the store.

“It’s just mindless because it is totally legal, and government approved,” the store’s manager, Joanne Thompson, told The Independent. “It’s just down to ignorance.”

Attacks Against CBD Stores Are a Growing Trend

This isn’t the first time that CBD stores have experienced a rash of violence. In fact, while the attacks seem to have picked up in recent weeks, they’ve been happening on a consistent basis throughout the year.

In early July, a CBD store in Cleveland, OH called Bienestar Hemp was visited by a surprisingly dapper criminal (video from surveillance cameras showed he was wearing a blazer) who trashed the store and stole a variety of CBD products, causing a total of $5,000 in damages.

About a month earlier, another CBD store — this one in Hoover, AL — was robbed in similar fashion. A customer who claimed to be interested in purchasing a “large amount” of hemp flower visited a shop called Gallery Smoke twice in one day. During his second visit, he snatched the box of product off the counter and dashed out to his car. He was later apprehended and arrested by local law enforcement.

And a month before that attack, a combination BBQ restaurant/CBD store called Hemp Solutions in New Tazewell, TN was burglarized in the early morning, leaving the owner, Tom Shepard, in a state of shock.

While it’s impossible to know the motivations of each individual vandal (or group of vandals), there’s a common thread through all of them: A fundamental misunderstanding about the difference between hemp-derived CBD and marijuana. Whether the robbers are after a cheap way to get high — or in the case of the Blackpool incident, trying to prevent others from getting high — they seem to be deeply confused about what CBD actually is.

Megan Dedmon, owner of Wild Woman Wellness in Oklahoma City, was also robbed in July. She told The Oklahoman that she thinks CBD stores are being targeted because people believe that there are “high levels of THC on the premises, but that is not the case.”

One can only hope that would-be thieves get this message sooner rather than later.