CBD Oreos? More Mainstream Brands Get on the Cannabis Train 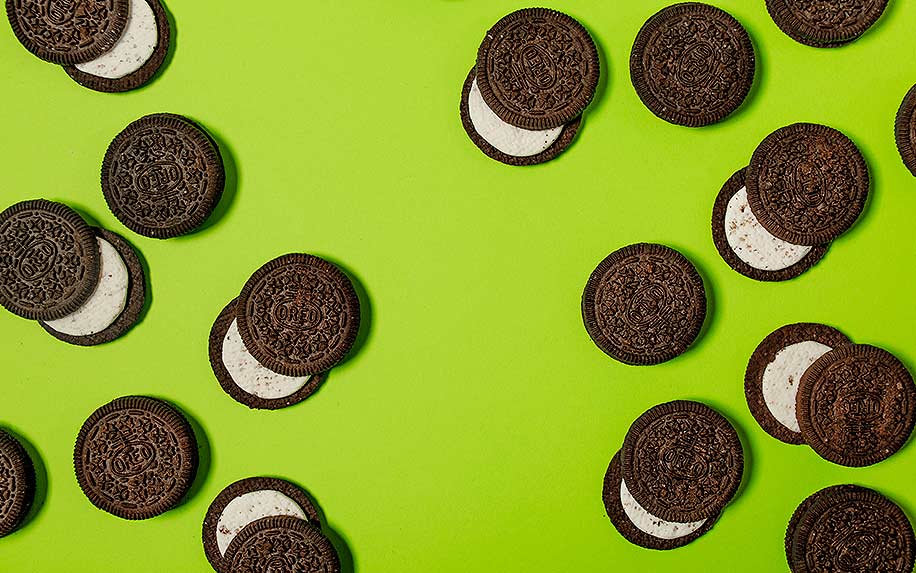 You’re going to have to wait a bit for CBD Oreos. Image Credit: By Pavlovska Yevheniia on shutterstock.

You may have heard that CBD Oreos could soon be available in a store near you. Unfortunately Mondelez, the maker of America’s favorite chocolate-sandwich cookies, has quashed these rumors, but they’ve also made it clear that the company is strongly considering adding CBD to other product lines in the future.

Aside from Oreos, Mondelez also makes some of the most recognizable snack products in the world, including Chips Ahoy, Nilla Wafers, Nutter Butter, Ritz, Toblerone, and Cadbury. When questioned about whether or not the company was serious about adding CBD to some of its products, CEO Dirk Van de Put told CNBC, “Yes, we’re getting ready, but we obviously want to stay within what is legal and play it the right way.”

While Oreo fans will be disappointed to learn that a CBD-infused Oreo isn’t in the cards, Van de Put said that it’s likely a new range of products will be developed in the “not-so-far future.”

But Mondelez isn’t the only multinational brand eyeing up the CBD industry. In particular, rumors of potential CBD soda products in the pipeline at both Coca-Cola and Pepsi have sparked excitement and curiosity. In true CEO fashion however, the heads of these giants are remaining tight-lipped about their plans.

This could be largely due to the fact that, while CBD-infused food and beverages are undeniably trendy, their future status is still somewhat unknown.

The passing of the Farm Bill in 2018 was expected to make the sale of CBD edibles straightforward in legal terms, but that hasn’t been the case. In some areas, retailers have had CBD stock confiscated, while others have been ordered to stop making and selling CBD edibles.

The crackdown came after the Food and Drug Administration (FDA) warned states about running afoul of the Food, Drug, and Cosmetics Act. Under this act, producers of edibles are banned from using unapproved ingredients which are derived from drugs such as cannabis in their products. The FDA still has not approved CBD as a health supplement, which means that while CBD itself is legal, its use in food products isn’t.

The FDA is well aware that the establishment of a regulatory framework for the CBD industry is taking longer than expected. Commissioner Scott Gottlieb, who had promised to develop this framework through a series of public meetings, has commented that the delay is due to the “highly novel rulemaking [required] to do a complex rule like this.” He has since announced his retirement, leaving yet more questions about CBD regulation and its possible resolution, though a public hearing has been scheduled for May 31 that is expected to address some of the more pressing issues.

This is a major drawback to companies in the food industry who are exploring the idea of adding CBD-infused products to their ranges. It’s likely that most, including Mondelez, will wait until the FDA has provided some clarity on what CBD regulation is going to look like in the future, especially regarding food and drinks.

“The space is not clear,” Van de Put said. “It’s a bit clearer in non-food products. In food products, I’m hoping that the FDA will bring some clarity in the coming months.”