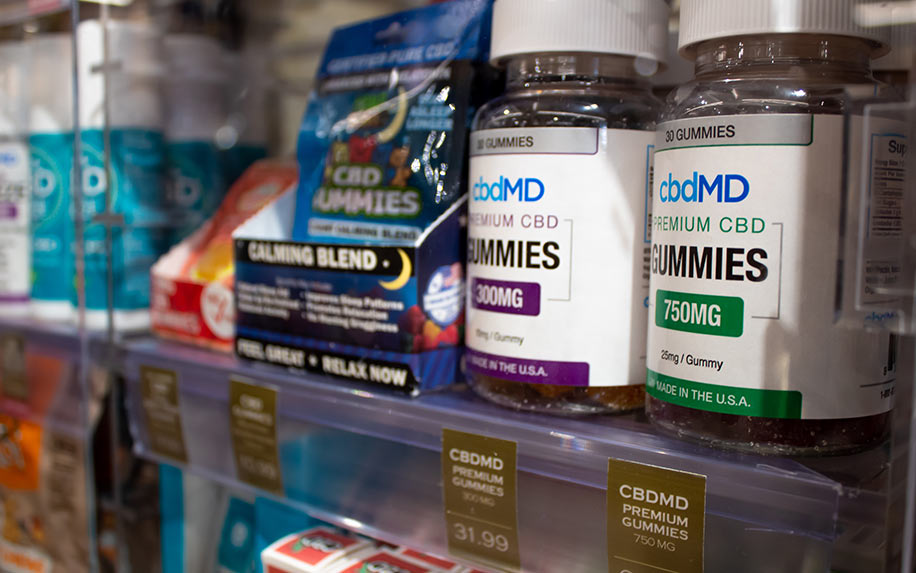 Since CBD edibles are not currently regulated by any authority, they remain illegal in some states. Image Credit: By Kevin McGovern on shutterstock.

After many months of indecision, the Food and Drug Administration (FDA) is finally taking a hard line on CBD edibles. Not only has the agency issued harsh warnings to some of the biggest CBD companies in the country, it’s also ramped up pressure on state health departments to enforce prohibition against these still-technically-illegal products.

In Massachusetts, that hasn’t gone over well.

Residents of the state, which legalized recreational cannabis in 2016, can legally purchase marijuana edibles at cannabis dispensaries, since the products are regulated by the Massachusetts Cannabis Control Commission. However, since CBD edibles are not currently regulated by any authority, they remain illegal for sale in any establishment.

That dichotomy has proven immensely frustrating to the small business owners who have counted on CBD edibles to attract customers and boost sales. As Nate Clifford, owner of a small CBD shop in Northampton, told WBUR, “We had a foot and a half maybe of product and it’s expanded into one shelf, two shelves, three shelves, now five shelves; it’s like 25 feet of CBD. And it’s extremely popular.” He said that CBD sales earned him $200,000 last year — and that he plans to defy the new ban on edibles.

“[We] carry these things because people want them and because they’re doing therapeutic things for folks. We intend to keep providing those things for them until I have a really clear reason not to,” he told WBUR.

CBD users have also been baffled and upset by the new regulations. As one user (who said he gave his dog CBD treats that made a major difference in her mood and mobility) told the Sentinel Enterprise, “I can understand trying to get it out of gas stations, because you don’t know where they’re getting their stuff. But from vets and other valid sources — people that do their due diligence on this stuff — I don’t understand why (the state) would be cracking down on those areas.”

Massachusetts isn’t the only place where a crackdown on CBD edibles has led to anger and confusion. In July, New York announced that it would finally be enforcing the ban on CBD edibles, promising to conduct regular inspections and issue fines for non-compliant businesses. So far, that process has been a bumpy one, with many store owners complaining about the lack of advance notice and uneven enforcement (despite the ban, CBD products like chocolates and candies can still be found in many establishments).

Similar bans against CBD edibles are now being enforced with greater severity in places like Georgia and Los Angeles, with businesses facing financial penalties and/or negative marks on their health inspection records.

In Iowa, the backlash against CBD has been even more severe, as state authorities recently announced they would be enforcing an all-out ban on CBD products of any kind, including tinctures and vape oils. Again, the clumsy execution of the move has irked many business owners and consumers across the state. As reported in the Des Moines Register, even the spokesperson for the state’s Attorney General admitted, “There’s been a lot of confusion. We’ve heard from consumers, we’ve heard from people who want to sell products, we’ve heard from doctors about this.”

While many entrepreneurs are taking the path of least resistance and complying with the new orders, some have decided to fight. In Massachusetts, for instance, a group of farmers have joined forces to form the Massachusetts Hemp Coalition, which advocates for a swift and fair regulation policy concerning CBD edibles.

As Marty Dagoberto, the group’s policy director, said at a recent rally, “Why would the administration allow our farmers to invest in a new crop and then remove the local market for that crop mid-season? And why, in a state with legalized adult-use of recreational cannabis, would they be restricting its non-psychoactive cousin more tightly?”

It’s a good question — and one that for now, at least, remains unanswered.