Cannabis May Be Coming to a Vending Machine Near You 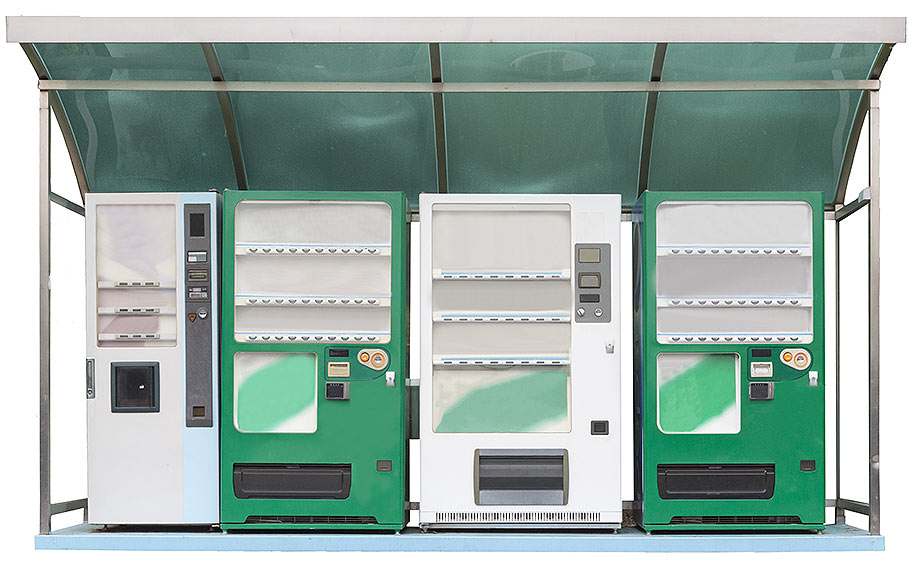 The untapped potential of the cannabis vending machine might soon be unleashed. Image Credit: By Jin young-in on shutterstock.

Ever since vending machine manufacturer Medbox briefly became the cannabis industry’s first billion-dollar company — before an SEC investigation revealed fraudulent revenue-inflating practices, causing its stock to crash from a high of $205 per share to its current value of $0.0003 and forcing the company to change its name to Notis Global — vending machines have appealed to the imagination of the more rakish type of cannabis entrepreneur.

But due to strict laws on the physical premises where dispensaries can operate, the potential of cannabis vending machines to increase the reach of retailers has been difficult to realize (forcing them to rely on other methods like cannabis delivery services or drive-thru windows). Up till now, these machines have mostly been used to handle overflow from a dispensary’s daily lines, whose wait times can stretch into the hours. And they have been beset by problems that require employees to lend hands-on assistance anyway.

The untapped potential of the cannabis vending machine might soon be unleashed if International Cannabis Corp. (ICC) has its way. In early June, Yahoo Finance ran a press release in which the company announced its acquisition of VendaPharm EU LLC and its THC/CBD dispensing technology. The deal could soon have major international implications.

Through its subsidiaries, ICC has licenses in place to cultivate, produce, distribute, store, and export a wide variety of cannabis products — including cannabis derivatives and industrial hemp — in Colombia, Denmark, Poland, Macedonia, Bulgaria, Greece, Portugal, South Africa, and the Kingdom of Lesotho. It plans to introduce CBD lines from the various health, beauty, and foot care brands in its portfolio to an “existing network of 80,000 retail endpoints and pharmacies” in the European marketplace, and the company’s vending machines will play a major role in reaching consumers.

Untethered from traditional selling restrictions, ICC’s vending machine venture is threatening to open up a new market for the CBD-curious in Europe — though U.S.-based vending looks to stay more complicated.

The Pros and Cons of Cannabis Vending Machines

In the United States, cannabis vending machines have gotten off to a rocky start. For example, in 2018 KindPeoples dispensary in Santa Cruz, California tried out a vending machine in April only to remove it in July. They’d gotten a machine to deal with the overflow of lines that had swelled to 600-700 people long, but the promised convenience didn’t come with it.

“The goal of the vending machine was convenience. Software updates, which were under development, are necessary to deliver the speed of transaction we were looking for,” Brett Friel, marketing director at KindPeoples, told Marijuana Business Daily.

Friel said that inventory teams were needed to monitor the machine’s product stock, while others had to frequently test whether it gave correct change to customers. These issues, plus the fact that only five percent of patrons used the machine, preferring the better-stocked store window with its knowledgeable budtenders, made the vending machine a failed experiment for Friel. Still, he said, the concept has value, and he might try one again when the ease of use improves.

“We recorded over 70 transactions on the system on its first day,” Luse said. “We appreciate having a tool that not only helps customers conduct transactions quickly and easily, but also provides us with excellent data and revenue reports.”

Yet in the aforementioned Marijuana Business Daily article, an unnamed spokeswoman for Berkeley Patients Group said that the dispensary had discontinued use of its unnamed vending machines for unspecified reasons.

Perhaps vending machines haven’t yet found their place in the U.S. cannabis landscape, but that hasn’t stopped businesses from trying to carve out their own niches. Another California company, Greenbox, is looking to place one CBD-only machine in a Los Angeles workspace started by blockchain company ParagonCoin. They envision a world of regulated CBD products legally bought with blockchain currency from automated vending units, finally bringing cannabis commerce into the 21st century — and while this is still a ways off, it’s not impossible to imagine it becoming reality before long.