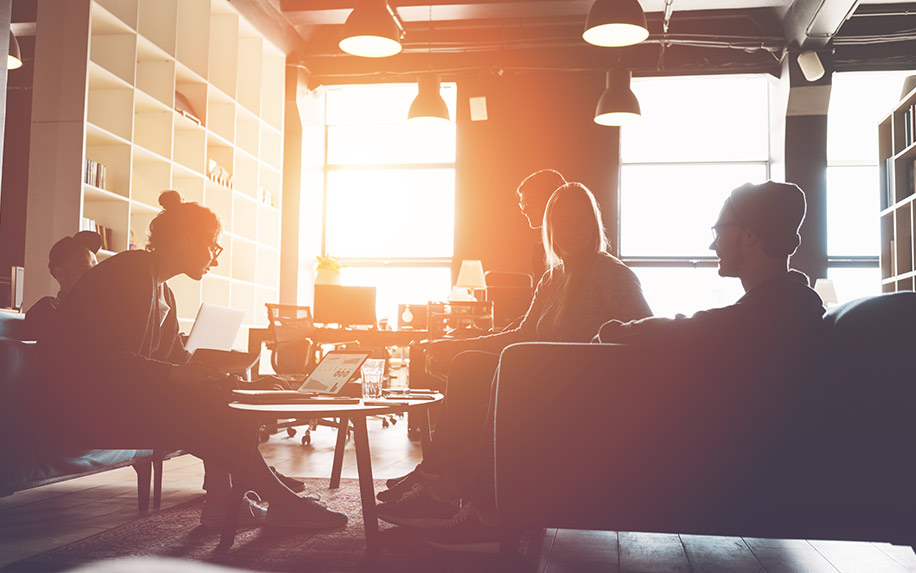 Some cannabis startups are now setting aside time for cannabis happy hours. Image Credit: By Mooshny on shutterstock.

A paycheck may be what attracts employees to a workplace, but it’s company culture that keeps them there. Most Americans spend the majority of their waking hours at work, making coworkers somewhat akin to extended family.

Perhaps as a response to this, over the past decade, some startups and even corporate workplaces have gone above and beyond to make work feel a little more inviting. From catered meals to in-office massage sessions, employees enjoy more workday perks than ever before.

One of those perks now includes cannabis (at least in states where the plant is legal).

While it may come as no surprise to some, many cannabis startups are now setting aside time for cannabis happy hours. Lowell Herb Co. is one of them, as Business Insider reports. Once a month, the California cannabis grower hosts these events, where employees and guests can sample products, mingle, and cultivate community over cannabis instead of cocktails.

Cannabis businesses, however, are not the only employers to participate in this trend. Other types of “progressive” companies, like the Denver PR firm Decibel Blue, also keep cannabis in the cupboard for employees who enjoy the occasional joint or edible after work. Yet while some have greeted this as a sign of progress, others see it as evidence that attitudes toward cannabis have become too relaxed.

The inclusion of cannabis in the workspace is a telltale sign that the plant is quickly living up to the expectation that it would become a mainstream product. Although this de-stigmatization has been hailed as a victory by supporters of legalization, many law enforcement agencies and other opponents see it as part of the problem, claiming that higher rates of cannabis consumption threaten public safety.

While the available data suggests that legalizing cannabis doesn’t lead to a major spike in people using it, it does appear to make those already inclined to use it more comfortable doing so — even during the work day. In fact, a recent survey from Quinn Thomas, a marketing communications firm based in the Pacific Northwest, found that as many as one in four people in Colorado, Oregon, and Washington consume cannabis at some point during work.

“Some people desperately need coffee to start their day,” Decibel Blue founder David Eichler told Business Insider. “Others drink wine to relax. And some get high. To us, these are all the same. To each his own, as long as it does not impact your work or anyone else.”

Eichler is one of a growing number of canna-friendly business leaders, but his progressive mentality is still few and far between in the business world at large. And there are legitimate questions about whether normalizing cannabis at work is a good thing: with side effects that include impaired memory and coordination, and a well-documented link with driving accidents, using cannabis at work is problematic for many types of workers, from doctors to teachers to bus drivers.

Aside from safety concerns, there are also legal reasons why workplace cannabis use is limited to niche sectors. While an increasing number of businesses — particularly those in the cannabis industry — allow employees to enjoy cannabis, workplace drug testing is still a reality for most American workers.

Survey data from the Society of Human Resource Management suggests that up to 82 percent of employers have a zero tolerance policy for drug use during work, and this includes cannabis. In addition, employers still hold the right to deny employment to those who failed drug tests for cannabis during pre-employment screenings, regardless of whether or not the potential employee lives in a legal state (though some states, like Nevada, are taking steps to prevent this).

However, as Bloomberg reports, pre-employment drug screening for cannabis is decreasing as the plant becomes more widely accepted in both public opinion and policy. For example, in 2017 only 66 percent of Colorado businesses tested for cannabis, an 11 point decrease from the previous year. While simply getting rid of mandatory cannabis drug testing is a far cry from holding an herb-friendly office happy hour, it’s clear that attitudes toward cannabis in the workplace are changing — for better or worse.

Anna Wilcox has been writing about cannabis for the past six years. Her work has been featured in Herb, Leafly, Cannabis Now, and Green Flower, among others. She can be reached via Twitter at @anna_wlcx