Can the Cannabis Industry Go Zero-Waste? 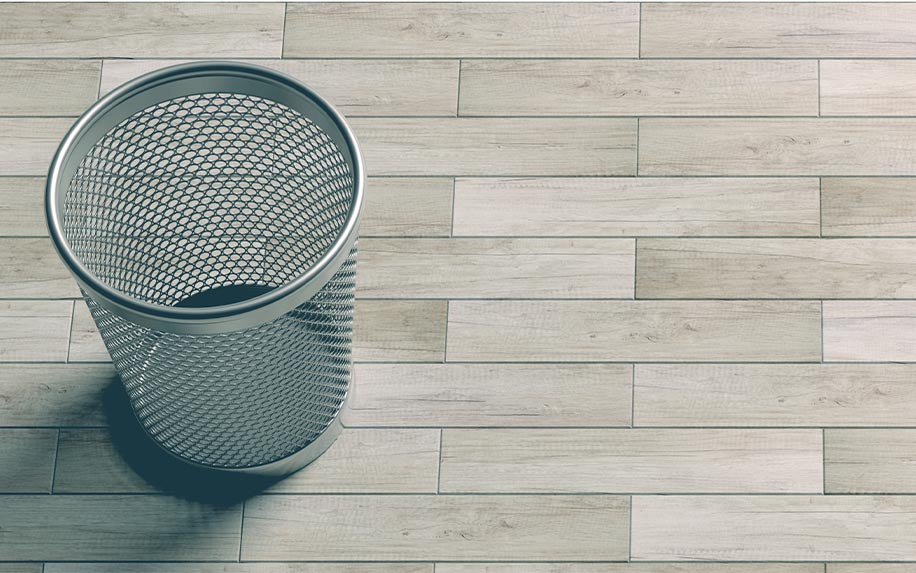 One of the most pressing concerns in the legal cannabis industry is the amount of plastic used in packaging.Image Credit: By rawf8

Cannabis is more popular than ever in America, but as the industry expands, so does its environmental footprint. From excessive packaging materials to disposable products to pollutants and plant waste, cannabis is putting an increasing amount of stress on delicate ecosystems — which is a problem the industry must reckon with if it hopes to achieve its full potential.

One of the most pressing concerns is the amount of plastic used in cannabis packaging. If you’ve ever unwrapped a gram of dispensary-bought cannabis, you’ve likely marvelled at the amount of plastic used — and wondered why it was necessary. The answer? State packaging regulations that, in conjunction with a need for cost-efficiency, make the use of unsustainable plastic a necessity for many purveyors.

For instance, around the time when Colorado legalized cannabis in 2011, the state also altered its Medical Marijuana Code to ensure the use of child-resistant packaging. California later enacted similar laws that mandated tamper-evident cannabis packaging, and today, such regulations are ubiquitous wherever the plant is legal.

This has contributed to the world’s growing plastic crisis. Each year, the world generates around 300 million tons of plastic, according to the non-profit Plastic Oceans International, with half of that being used for single-use items that are quickly discarded — like the “exit packaging” mandated by many states that consumers typically discard as soon as they leave a dispensary.

Even eco-friendly cannabis businesses have little recourse if they want to keep their licenses. “This type of packaging always involves plastic, and there are no good solutions,” Jade Stefano, CEO of Washington-based cannabis grower Puffin Farms, told Dope Magazine, “save extremely expensive [bioplastics], which most operators simply can’t afford.”

That said, Puffin Farms and other industry players are working to reduce the environmental impact of their product packaging by using compostable materials and hemp plastic, which is about three times as durable as regular plastic, biodegrades much quicker, and sequesters carbon. Hemp plastics can also be more affordable than other bioplastics on the market, though they are still not at the price point of petroleum-based plastics.

As Puffin Farms’ co-founder, James Eichner, told Dope, “When you’re looking at plastics, you have to realize you’re not just competing with the material — you’re competing with crude oil.”

Still, companies like Puffin Farms believe that cannabis consumers (and businesses) are willing to pay a little more to help protect the environment, and they’re not alone in this thinking. Denver, CO-based Sana Packaging, for instance, has created a line of hemp plastic packaging for the industry — one that it hopes will become widely adopted as the material becomes more easily-produced and affordable.

While plastic seems to be a necessary evil at the moment, there may be hope on the horizon. Sun Grown Packaging, an Oakland, CA-based company that designs sustainable packaging materials specifically for cannabis products, recently developed a line of paper-based childproof packaging that is compostable and 100 percent recyclable (and made from recycled materials in the first place).

California’s CannaCraft, a seed-to-shelf cannabis producer and distributor, is taking things a step further by eliminating the need for (some) packaging altogether. The company recently developed a technique for sealing their vape cartridges to make them childproof without the need for plastic tubes. As the company’s chief compliance officer told Green Entrepreneur, if a year’s worth of the old tubes were stacked atop each other, the pile would be 30 times higher than Mount Everest.

“That’s a lot of waste we’ll be eliminating,” he said.

But plastic waste is just one of the cannabis industry’s waste problems.

Disposable vape pens and cartridges have exploded in popularity in recent years, and they pose problems for which there seems to be no easy solution. Since these products have so many mixed components — including glass, metal, and plastic — they can’t be recycled in traditional facilities. As an official from a California recycling center told Green State, “If it’s hard to separate, we don’t have a machine that can magically do that for us.”

However, some companies like Dosist — the makers of popular “dose pens” — have started making vape devices whose components can be more easily separated. Other enterprises, like the holding company SinglePoint, are investigating different techniques for making recyclable vape pens, though these efforts are still in their infancy.

Another issue is plant waste. In 2017, The Stranger reported that Washington state found 1.7 million pounds of plant waste had been generated in landfills in the three years since recreational cannabis was legalized, since many recycling facilities are prohibited from accepting such materials.

As a result, industry members throughout the supply chain have been forced to take a hard look at their business practices and come up with their own solutions.

For example, Denver, CO-based L’Eagle — a cannabis grower with its own dispensary — has begun focusing on producing clean, sustainable cannabis by growing without pesticides. They’re also using the entire plant for concentrates in an effort to reduce the amount of plant waste material, and offering discounts to customers who recycle the company’s containers.

Speaking of concentrates, Cura Cannabis Solutions, one of the largest cannabis oil producers on the West Coast, is exploring even more esoteric solutions. They’re partnering with waste management company Gaiaca to test techniques like the Bokashi fermentation method — which involves sealing waste in drums and “pickling” it, which helps sequester carbon and prevent groundwater contamination — along with on-site composting and other methods to reduce the company’s carbon footprint.

It’s clear that the cannabis industry has become aware of its growing waste problem, and that (at least some) companies are actively taking steps to solve it. To make a real impact, though, they’ll need more buy-in from more key players — and they’ll need to convince consumers that the slightly-higher prices are worth it.