Can Hemp Save the Planet? 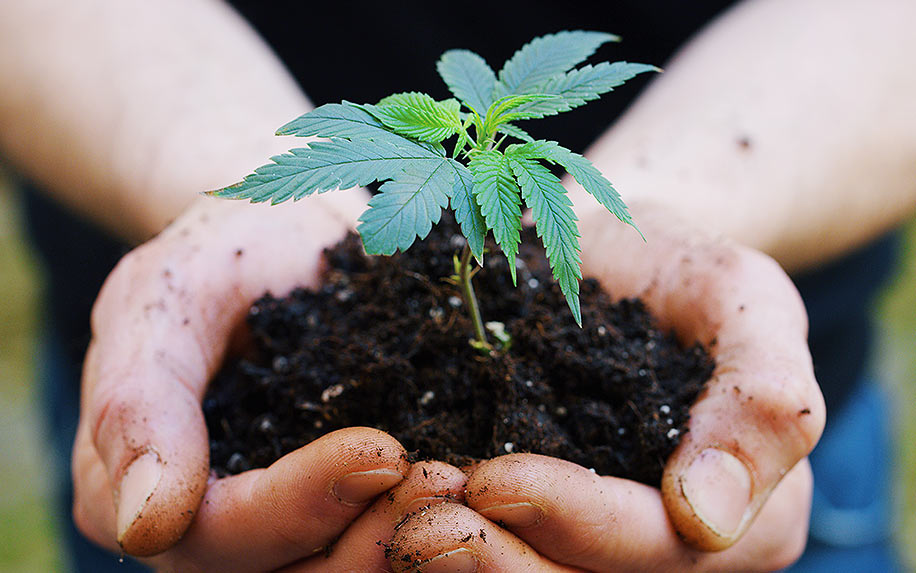 Experts believe experts hemp plants could help reduce the impact of many problems currently plaguing the planet. Image Credit: By HQuality on shutterstock.

It’s become increasingly difficult to ignore the fact that the earth is facing an environmental crisis: from pole to pole, the planet is in trouble. According to a June 2019 paper published in the academic journal Geophysical Research Letters, the permafrost in the Arctic is melting 70 years sooner than scientists had anticipated. And in Antarctica, only two penguin chicks out of a colony of 40,000 survived the last winter, as reported in The Guardian. Things aren’t much better in more densely inhabited areas. For example, the reservoir of Chennai, India’s 6th-largest city, has lost three billion cubic feet of water in just the last year, and the city is already dependent on tankers delivering water from other regions — clearly an unsustainable solution.

It’s clear that no single panacea exists to solve all of these issues, which are growing more severe by the day. However, some experts have suggested one plant could prove useful in reducing the impact of many problems currently plaguing the planet — hemp.

According to a report from the agriculture technology company Good Earth Solutions, growing hemp is one of the most effective means of reducing the amount of carbon dioxide (CO2) in the earth’s atmosphere, which is one of the prime causes of climate change (and all the problems it entails) around the world. A single hectare of hemp can absorb around 22 tons of CO2 — for comparison, a hectare of trees can hold less than 8.5 tons.

Hemp cultivation has also been touted as a more sustainable solution for producing biofuels. Corn-based ethanol and biodiesel are currently the most common varieties, according to the U.S. Department of Energy, but hemp could have several advantages. As detailed in The Conversation, the full hemp plant can be used to create biofuels — while only the high-starch parts of corn can be used, meaning that the cob and other parts of the plant go unused for the most part. Growing hemp also requires much lower levels of pesticides than growing corn, since the plant is naturally resistant to pests (there’s a reason it’s been used in bug sprays). Considering that nearly 14 million acres of farmland in the United States alone are dedicated to producing corn for biofuels, this would greatly reduce the strain on ecosystems across the country.

Hemp can also be used as a replacement for everything from cotton fibers in clothes to chemical solvents in popular makeup products. By decreasing the need to cultivate resource-intensive plants (and reducing the amount of chemical waste that eventually enters the water cycle and contaminates them), hemp could make agriculture much easier in key areas around the world.

Perhaps one of the most intriguing possibilities, though, comes in the form of hemp-based plastics. More biodegradable than fossil-fuel based plastics and more versatile than other plant-based varieties, hemp plastic is already being used for a diverse range of purposes. It’s not without its issues — it’s still somewhat expensive to produce using current manufacturing techniques, and some versions of it aren’t quite as environmentally-friendly as they appear at first glance — but with increased research and investment, it could be poised to make a major impact on the world’s environmental crisis.

How Hemp Can Be Used to Help the Environment

According to a 2017 study that was cited by National Geographic as “the first global analysis of all plastics ever made,” around 40 percent of plastic is used only once before being discarded. Some estimates are even higher — the advocacy group Plastic Oceans estimates that a full 50 percent of the nearly 300 million tons of plastic produced each year is thrown away after one use. Making this even more egregious is that fact that most single-use items serve a useful purpose for a stunningly short amount of time: the “working life” of a typical plastic bag is just 15 minutes.

Hemp plastic could provide a useful alternative in this regard, since it biodegrades in under a year, and often within a matter of weeks. Compared with typical plastic products like bags or bottles, which can take up to 1,000 years to decompose, the environmental impact of single-use hemp plastics could be much less drastic.

Still, it’s important to emphasize “could” at this point. For example, a hemp plastic bag that finds its way into the ocean isn’t likely to be much better for marine life than a bag produced with petroleum, because current hemp plastics need carefully controlled conditions to biodegrade. If manufacturers can resolve this issue, though, hemp plastics could be a viable replacement for many of the straws, bags, bottles and more that are currently choking the planet.

3D printers can seem like a magic invention from a Star Trekian future — with the press of a button, you can create anything from a vase to a rifle to a small house (depending on the size of the printer, of course) in a fraction of the amount of time it would take using conventional methods, and consuming a fraction of the resources in the process.

While it might seem like these items materialize from thin air, they actually have a much more ordinary origin: a substance known as 3D printer filament, of which polylactic acid (PLA) is the most typical variety. This strong, flexible thermoplastic is actually fairly earth-friendly in its current form, as it’s generally made from renewable resources like corn, according to Bioplastic News.

However, just as hemp has advantages over corn for the production of biofuels, it also holds an advantage when it comes to 3D printer filament for the same reasons. Since PLA is one of the most in-demand bioplastics in the world, according to market research group Ceresana, deriving it from a more versatile and low-maintenance crop like hemp could make 3D printing even more impactful.

In 2018, CNBC published a story titled, “Building your dream home could send you to the hemp dealer.” The article breathlessly exclaimed that “one of the oldest and most sustainable building materials of all time is staging a comeback” — despite the fact that, at the time the story was published, only 50 homes in the entire United States contained hemp-based building materials.

That could be changing soon, however. According to Composites Manufacturing Magazine, hemp plastic can be a viable option for producing fiberglass, a material usually made with glass-reinforced plastic polymers and widely used in the insulation of homes. Hemp plastic can also be used to make pipes, flooring, and storage tanks.

It’s even possible, in theory, to build an entire home out of hemp using other materials like hemp bricks, wood-substitutes, and “hempcrete,” which resembles conventional concrete (you could even copy the example of some of America’s fanciest hotels and use it for decór). However, since each of those elements would cost more than typical alternatives, it’s probably not viable to expect purely hemp-made houses any time soon.

One of the commonly-repeated stories about hemp’s versatility is that, back in the 1940s, Henry Ford built a “hemp car” entirely out of hemp plastic that ran on hemp fuel. This is a myth — it was actually known as the “soybean car” and, as the name suggests, it was not made entirely out of hemp, but in Ford’s patent for the chassis of this unusual vehicle, hemp plastic did play a key role.

If you’re wondering why, it’s because hemp plastic is much lighter than the materials that would typically be used. Since every extra pound diminishes the range of an electric car, hemp plastic made a logical alternative. And if electric cars can replace ones that burn fossil fuels at a great enough scale, this would make a major dent in auto emissions, which are responsible for around 20 percent of U.S. emissions, according to the Union of Concerned Scientists.

One of the most baffling claims made about hemp plastic is that it can be used in electronics. While it’s perhaps not so strange to imagine a phone case being made out of hemp, it’s harder to picture how hemp plastic could replace the chips and circuits within.

However, according to Chemical and Engineering News, hemp plastic could be used to make a substance that resembles graphene, which is used in the production of high-powered supercapacitors (essentially, a battery that charges and discharges energy much faster than normal batteries).

Although producing hemp-plastic derived supercapacitors is still not economically feasible at the present time, if the costs come down they could someday replace the batteries commonly used today, which tend to be full of toxic materials that render them unrecyclable.