Are New ‘Cannabis Breathalyzers’ an Effective Drug Test for Drivers? 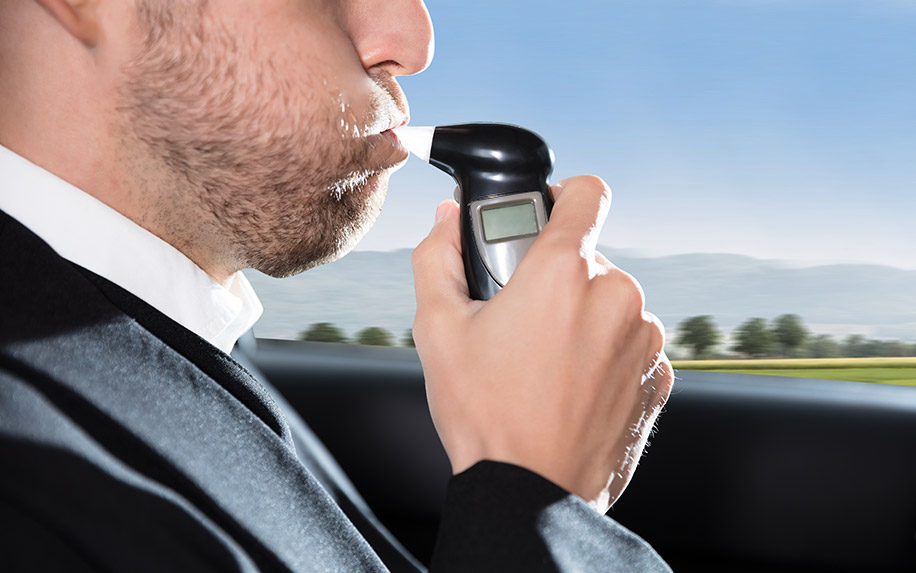 Cannabis breathalyzers are meant to crack down on those driving under the influence of marijuana. Image Credit: By Andrey_Popov on shutterstock.

One of the biggest challenges ahead for cannabis reform is figuring out how to police driving under the influence of the plant. Since cannabis intoxication is significantly different than alcohol intoxication, the rules governing the latter aren’t neatly applicable. However, up to this point, these have provided the legal model for prosecuting cannabis-impaired driving in some states. They’ve also been proven incapable of prevailing in court. Silicon Valley’s solution? Throw money at it.

Y Combinator, the seed accelerator which launched companies like Dropbox, Airbnb, and Reddit, has recently put their investment muscle behind SannTek Labs, a Canadian company developing a cannabis breathalyzer that can detect blood-alcohol levels as well as cannabis intake over the past 3-4 hours, as reported by TechCrunch.

The company’s CEO, Noah Debrincat, hopes SannTek’s device can help officers make better “evidence-based decisions” for impaired driving stops. Currently, most police departments rely on some combination of roadside sobriety tests and blood tests, which can take months to deliver results and can also register cannabis use from days before the stop. SannTek is aiming to price the device between $800-1,000, paving the way for roadside adoption once the US National Highway Transportation Safety Association approves its use.

SannTek isn’t the only company trying to help law enforcement crack down on stoned driving. California startup Hound Labs has already received $65 million in backing (notable investors include Dick Wolf, the creator of the TV show “Law & Order”) and now has its cannabis-and-alcohol breathalyzer in production and testing.

They have some major hurdles to clear before their products become a staple for law enforcement officers, though. As CEO Dr. Mike Lynn told Digital Trends, “The fundamental challenge is that THC exists in breath in concentrations that are something like a billion times less than alcohol. That means you need a breathalyzer that’s literally a billion times more sensitive if you’re going to use it for marijuana. It’s like identifying 25 or 30 specific grains of sand on a beach that’s well over a mile long. That’s a pretty tough scientific [problem to solve].”

Can ‘Cannabis Breathalyzers’ Really Test for Marijuana? The Pros and Cons

There are more issues with a cannabis breathalyzer than simple detection. Chief among them is a hazy standard for what constitutes impairment.

Decades of research went into determining the current 0.08 blood-alcohol limit enforced throughout the U.S. Regardless of a drinker’s tolerance, weight, and other factors, this level of intoxication translates into what has been legally deemed an unacceptable level of impairment.

For cannabis, no such clean correlation exists — and there are further factors complicating the use of blood-THC levels as a metric for impairment. For example, a medical cannabis user who habitually uses the plant could exceed the threshold despite not being impaired when they got behind the wheel. As a result, simply copy-and-pasting the rules that apply to drunk driving could lead to a surge in “failed” roadside tests, with accompanying headaches for drivers, police officers, and the criminal justice system in general.

As Dr. Marilyn Huestis, a world-renowned expert on human drug testing and former Chief of Chemistry and Drug Metabolism at the National Institute of Drug Abuse (NIDA) Intramural Research Program, told NPR, “Everyone is looking for one number. And it’s almost impossible to come up with one number. Occasional users can be very impaired at one microgram per liter, and chronic, frequent smokers will be over one microgram per liter maybe for weeks.”

Some police departments are also skeptical about the introduction of such a device to the roadside, fearing that police with less training in the signs of cannabis impairment will use it as a crutch. This line of thought holds standardized field sobriety tests (like walking a straight line or balancing on one leg) as the most desirable test, with a secondary test measuring blood-THC levels to establish impairment.

Others, however, feel that this method gives police too much discretion in the matter — especially considering that police have a bad track record of fair cannabis enforcement in communities of color.

Margaret Haney, a neurobiologist at Columbia University, has worked on the issue, and feels that a solution is out there — though she’s not convinced that “cannabis breathalyzers” are it. As she told NPR, “We need something, because it’s an important public health issue. But how we’re going to get there? I just don’t know.”