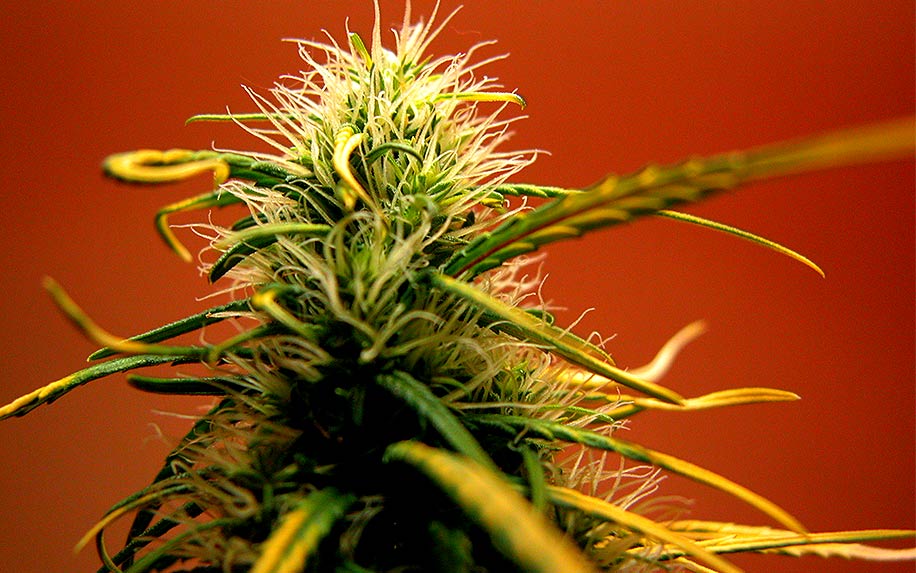 Scientific research into cannabis is expanding, and that’s a good thing for consumers. Image Credit: By Gleti on shutterstock.

Thanksgiving is upon us, and with it come all the time-honored traditions of the season: pretending to like pumpkin pie, suppressing the queasy realization that we’re celebrating a brutal colonial conquest, and summoning a sense of gratitude for the blessings that have made the year-to-date at least somewhat bearable.

In the world of cannabis, 2019 has been an up-and-down year. It started off with great optimism — Canada had just become the first wealthy Western country to legalize the plant, which seemed to beckon great things for the future of cannabis. In the United States, federal lawmakers were submitting multiple bills to legalize it at the national level. Even Martha Stewart was joining the fun, partnering with one of the biggest cannabis companies in the world to release a line of CBD pet products.

However, what came next put a bit of a damper on the good vibes. For one, Canadian cannabis dispensaries couldn’t keep up with demand, which has contributed to the sustained vigor of the black market (and the disappointing sales of the legal one). Meanwhile, American legalization efforts in New York and other states ran into unexpected problems, preventing the domino effect that many had anticipated (so much for our big 2019 prediction!). And the idea of CBD pet products started to sound a lot less amusing once people realized that, just like CBD for humans, they’re really expensive

Having said that, there’s still a lot to be grateful for when it comes to cannabis in 2019.

8 Cannabis-Related Reasons to Give Thanks This Year

As we looked back on the past months, it was astonishing how many pieces of good news had already slipped from our memories: Barbara Lee became the first woman of color to lead the Congressional Cannabis Caucus, Luxembourg became the first European country to legalize cannabis, and so on and so on.

Narrowing down the list was hard, but nevertheless we persisted:

Most Presidential Candidates Support Ending the Federal Prohibition of Cannabis

With the notable exception of Joe Biden, who seems intent on capturing the voter demographic of “people who think it’s still 1985,” cannabis legalization has been championed by most of the top 2020 presidential candidates. That’s not so surprising coming from longtime progressives like Bernie Sanders, but even law-and-order types like Kamala Harris have seen which way the cannabis-scented winds are blowing (the plant is more popular than ever among Americans in every state) and adjusted their policies accordingly.

Cannabis Research Is Getting Easier

In recent years, the anti-cannabis crowd has insisted that we just don’t know enough about the plant’s potential risks and benefits to legalize it. This has been a convenient argument, since keeping the plant illegal also prevents the kind of research that might be used to undermine the justifications for prohibition. However, today the U.S. government is finally starting to loosen the restrictions on cannabis research. The Drug Enforcement Administration (DEA) is making it easier to grow cannabis for research purposes, and the National Institute on Drug Abuse (NIDA) is soliciting grant applications to study the effects of cannabis policy on public health. Plus, the National Institutes of Health (NIH) recently awarded $3 million in grants for CBD research.

It was a disappointing year for legalization supporters, but there were still a number of victories worth celebrating. Illinois is the 6th-most populous state in the union, and its “equity-centric approach” to legalization could spark a trend that prioritizes community healing over corporate profits among states mulling legalization proposals of their own. While the tiny territory of Guam is unlikely to inspire imitators in the same way, its decision to legalize recreational cannabis provides more evidence that prohibition is long past its prime. As Governor Lou Leon Guerrero said, “Keeping [cannabis] illegal in my mind rejects the notion that it exists … We have to be ahead of this and we have to control it.

Social Justice Is Becoming a Bigger Part of Cannabis Legalization

Illinois isn’t the only state getting serious about remedying the (many, many) consequences of the failed War on Drugs. Other states like Michigan and Massachusetts are now emphasizing racial justice in their legalization policies, offering expedited applications and reduced fees for starting cannabis-related businesses to people from communities targeted by these biased policies.

There’s still a lot of work to do, though. Massachusetts’ program hasn’t attracted more than a handful of applicants so far, and the Drug Policy Alliance (DPA) reports that people of color are still far more likely to be arrested for cannabis-related reasons, even in places where the plant is legal. In Washington D.C., for example, your odds of getting arrested for public consumption are 11 times greater if you’re black. New racial justice programs are a small step in the right direction, but what we really need is a giant leap.

The FDA Is Finally Getting Serious About CBD Regulation

The Food and Drug Administration (FDA) had been doing its best to avoid making decisions about everybody’s favorite non-intoxicating cannabinoid ever since it burst into the national consciousness in 2013. But under mounting pressure from members of Congress, industry leaders, and an increasingly annoyed public, the agency finally held its first public hearing on CBD regulation in May. Since then, it’s been relatively quiet about its next moves on setting long-awaited regulatory guidelines. However, in late October the United States Department of Agriculture (USDA) finalized its rules for the production of hemp-derived CBD, which means the FDA might soon be forced to take a stand.

Scott Gottlieb Isn’t in Charge of the FDA Anymore

Any progress the FDA does make on CBD regulation can be attributed, at least in part, to the departure of former commissioner Scott Gottlieb. During his tenure he did his best to avoid taking a firm stance on CBD, with one former staffer comparing his approach to a picnicker confronted by a bumblebee — i.e. do nothing, and hope that it becomes someone else’s problem. As craven as that may be, it wouldn’t be nearly as objectionable if he hadn’t gone on a self-righteous media crusade since leaving office, pitching half-baked plans to expedite CBD regulation and launching a bizarre vendetta against CBD pet products.

People Are Starting to Weed Out (Pun Intended) CBD Scams

Speaking of products, we have to talk about CBD beverages. Specifically, about how they taste (which, according to The Wall Street Journal, is like dish soap or urine). And also, about how they don’t work (it turns out that trying to deliver a fat-soluble compound via a fat-free solution like water is as tricky as you’d expect). And finally, about how they’re hideously expensive (would you like to pay almost $7 for a can of CBD sparkling water? no? we are shocked, truly).

If you’re into CBD, there are plenty of healthy and interesting ways to get your daily dose. But drinking it is not one of them.

Lest you get the impression that we at cannabisMD are a gaggle of traditionalist grumps, please let us say a few words in praise of the VapeGasm, perhaps the dumbest cannabis product to hit the market in 2019. You see, as much as we love writing about groundbreaking studies and thought-provoking social trends, sometimes we just want to sit back, relax, and spew several hundred words of venom about a Bluetooth-enabled vaporizer/vibrator made by one of the most misogynistic brands in business right now. If the opportunity to hate-review a product like this isn’t something to be grateful for, we don’t know what is.