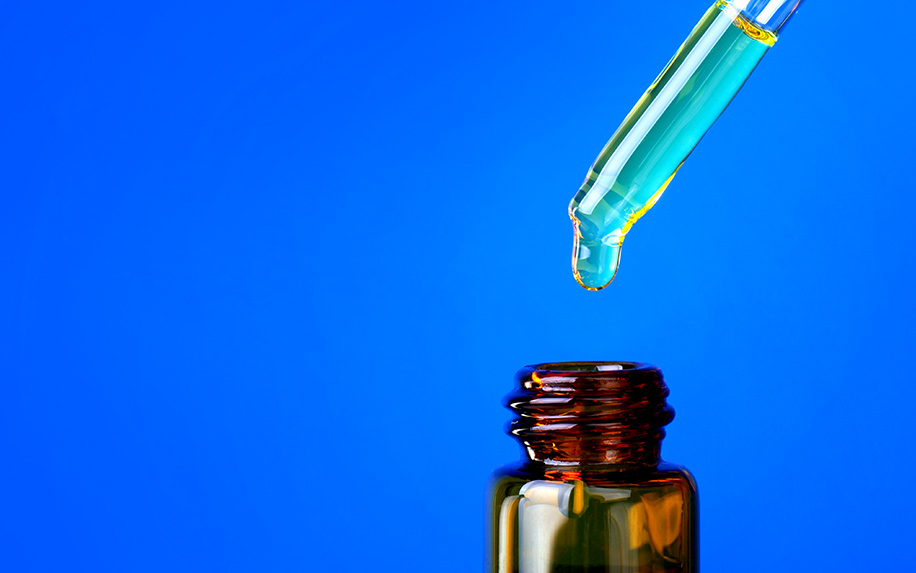 When the Food and Drug Administration (FDA) dropped its most recent CBD-related bombshell — a sternly-worded worded notice in late November that warned “CBD has the potential to harm you” — many saw it as another example of the hyperbolic fearmongering often found in the federal government’s statements on cannabis. However, the FDA’s warning did make a valid point: even CBD’s biggest fans are largely in the dark about it.

The FDA’s statement was, curiously, almost devoid of scientific citations. But a few weeks earlier, a new survey shed light on just how little the average consumer knows about CBD.

Survey: Most Americans Have a Fuzzy Understanding of CBD

Conducted by the Grocery Manufacturers Association (GMA) and research firm Toluna Analytics, the survey found that 62 percent of Americans around the country were A) familiar with CBD, and B) deeply confused about it.

The survey’s results are the latest addition to a growing body of evidence that the cannabis industry has a problem, especially when it comes to hemp-derived CBD. Consumers don’t have a clear understanding of what it is, how it’s made, or what it does, among other things.

According to Dr. Betsy Booren, the GMA’s senior vice president of regulatory and technical affairs, “CBD is a case study in the federal government’s struggle to keep pace with consumer demand,” as she said in a press release. In her view, the GMA’s survey highlights the urgent need for federal CBD regulations. “Until this occurs, the most trusted, experienced and highly regulated brands cannot enter the market,” she said.

This isn’t coming out of left field, of course. In recent months, a steady stream of news stories have made it clear there’s a lot of work to do before CBD is a well-understood product in the United States. For example, CBD shops around the country have been attacked by burglars who seem to think the products sold inside will get them high (they won’t), while hemp farmers have also reported a rash of thefts and property damage (as one frustrated Illinois farmer told the local ABC affiliate, the thieves are “taking it and they’re trying to sell it as homegrown marijuana”).

In some ways, the GMA’s survey told us what we already knew. According to the data, the top three reasons for using CBD were pain management, anxiety reduction, and help with sleep issues — which were the same top reasons Americans gave for using CBD in an August poll from Gallup. But in other cases, it put hard numbers on what had previously been hunches.

Here are four of the most eye-opening takeaways:

CBD Is Regulated by the Federal Government

An alarming number of survey respondents were unaware that CBD currently exists in regulatory limbo — 92 percent either believed (erroneously) that it’s regulated by a federal agency, or had no idea whatsoever.

Some of the confusion may come from the widely-publicized fact that the 2018 Farm Bill made hemp and its products legal to grow and sell at a federal level. If hemp has been legalized by the federal government, so the thinking goes, there must be some official gatekeeper determining what can and can’t end up on store shelves. However, that’s not really the case.

So far, only one CBD-derived medication has been approved (and thus regulated) by the FDA, an anti-seizure drug called Epidiolex. And since this drug has gone through the FDA’s standard testing channels, and its key ingredient is CBD, other products containing that ingredient must also be FDA-tested before they can be sold as medicines or dietary supplements.

That means most of the CBD products you see in your local health food store or gas station are technically illegal, though enforcement is haphazard at best. The FDA has sent warning letters to a number of CBD brands, and in some states it has convinced local authorities to crack down on CBD edibles in particular (which hasn’t gone especially well), but for now that’s the closest it’s come to providing any kind of federal oversight.

CBD Gets You High

It’s the mantra of almost every CBD brand out there:

Apparently, the message isn’t sinking in. The GMA’s survey found that 55 percent of respondents believed that taking cannabidiol could result in intoxication. Close to a quarter of those who have purchased CBD also admitted they did so because they were hoping it would get them high. How disappointed do you think they were when they realized their mistake?

The reason cannabis gets you high is because of its THC, which is a completely different chemical than CBD. THC causes intoxication by binding to the body’s CB1 receptors, whereas CBD only works with the body’s CB2 receptors.

CBD and Marijuana Are the Same Thing

CBD nomenclature is notoriously confusing for a number of reasons we won’t get into here (though we would like to share this guide to key CBD terms, should you need it). It’s unsurprising, then, that 39 percent of the GMA survey’s respondents thought CBD was just another name for marijuana.

Cannabidiol, cannabis, marijuana —  it’s not much of a conceptual leap to make. Add in the fact that “the leaf” is ubiquitous in CBD brand logos, product packaging, and advertisements, and it’s understandable why so many people think they’re going to get high from a spoonful of CBD maple syrup.

The truth is that the vast majority of CBD you encounter in your daily routine doesn’t even come from marijuana — it comes from hemp, which is a different plant. They both belong to the cannabis genus, though, and devious marketers sometimes blur the distinction between the two to make their products seem edgier and more exotic (there’s a reason all those hemp seed lotions were suddenly rebranded as “cannabis sativa seed” lotions once legalization efforts gained steam).

All CBD Products Are Safe

Here’s a statistic the FDA may have had in mind when it made its announcement: the GMA’s survey found that 66 percent of respondents said they believed CBD products are safe.

The safety of CBD is a complicated issue. On one hand, many of the scientific studies conducted on it so far suggest it’s safer than conventional pharmaceuticals, which is one of the main reasons it intrigues scientists as a replacement for steroids, opiates, and other side effect-prone medications. And when the World Health Organization (WHO) recommended removing international controls on CBD, it stated that “CBD is generally well tolerated with a good safety profile” and that it “exhibits no effects indicative of any abuse or dependence potential.”

On the other hand, the number of reports of contaminated or mislabeled CBD products seems to grow longer by the week. It’s not uncommon for independent lab tests to reveal pesticides, heavy metals, dangerous bacteria, and other unmentioned “ingredients” in CBD products. Sometimes, lab technicians have even found synthetic cannabinoids like K2 or Spice.

Like many other industries, CBD is rife with “bold entrepreneurs” who put profits before the health of their customers, regardless of their brands’ wellness-flavored marketing copy and pastoral imagery. And while it’s fine to encourage ordinary people to do their homework, check for independent lab tests, etc., the burden of establishing trust should belong to the FDA and the brands themselves.