3 Big Predictions for CBD and Medical Cannabis in 2019 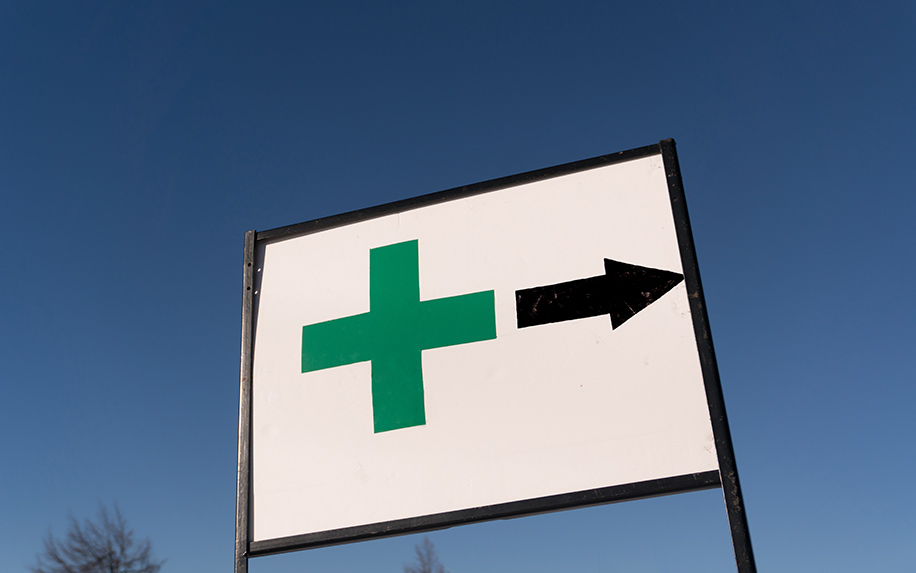 2019 is the year for CBD and Medical Cannabis. Be prepared for these trends. Image Credit: By J.Robert Williams on shutterstock

It’s been a busy year for the humble cannabis sativa plant. Back in October, the New York Times ran a story titled “Why Is CBD Everywhere?” A few months earlier, the investor’s magazine, The Street, published its own piece that explained “[as] support for cannabis legalization shoots through the roof, it might be time to finally learn more about the plant —and its surprising versatility.” Judging by the 147,000,000 articles that now pop up when you search for “medical cannabis,” it seems that many people agreed.

All this interest (and money-making potential) means that 2019 is going to be a wild, fascinating ride in the suddenly respectable world of cannabis. More than two-thirds of Americans now say they’re in favor of legalizing it, and everyone from politicians to pet psychiatrists are seeking to capitalize on its newfound popularity and social acceptability.

The hype is huge and the evidence is mounting, though the skepticism is at least somewhat justified. With that in mind, here are three trends to watch in the coming months.

1. New York’s upcoming legalization of recreational cannabis will set off a domino effect across the country.

We’ve already passed a major inflection point in the public perception of cannabis. Utah, Missouri, and Michigan aren’t exactly hotbeds of hippiedom, so their decisions to legalize its medical use — and even recreational, in the case of the Oven Mitt State — indicate a seismic shift in the public’s perception of the plant. Now, with New York set to legalize recreational cannabis early in the New Year, we may be witnessing the end of a century-plus long stigma.

As the data nerds over at FiveThirtyEight have found, cannabis legalization is “one of the least polarized issues of our time,” with broad support from Republicans, Democrats, and independents alike. These days it’s tough for a U.S. lawmaker to take any position at all without infuriating half their constituents, but legalizing cannabis offers the rarest of victories: a political decision that makes almost everyone happy.

This year, be prepared to hear the first rumblings about legalization on a national level, too. With both major political parties looking for flashy wins to mobilize the ever-elusive youth vote ahead of the 2020 presidential election, Forbes is already predicting that ending federal prohibition laws will be an essential policy for any candidate who’s courting the Millennials.

2. You’re going to hear a lot about the differences between full spectrum, partial spectrum, and pure CBD oil.

Right now, “CBD oil”is an umbrella term used to describe a wide variety of products with major differences in terms of their ingredients and effects. It’s technically accurate, but it’s not that helpful for helping you make an informed decision about what you’re buying. Imagine if everything from nonalcoholic beer to 80-proof whiskey was just labeled “booze.”

The variations between types of CBD oil are due to the different cannabinoids they contain. Cannabinoids are the molecules that give the oil its physical and psychological effects. The name of the oil reflects the kinds of cannabinoids it contains (there are over 100 in total, of which the most well-known are THC and CBD itself). Here’s a quick breakdown:

But which one is “the best?” A recent study at the Hebrew University of Jerusalem suggests that full spectrum CBD oil is most effective, because of the interaction of THC with the other cannabinoids. Of course, this also makes full spectrum CBD oil the most difficult to acquire, since products with THC face more legal restrictions at the moment.

To sum things up: All CBD oils aren’t created equal. The industry needs to clarify this confusing naming situation, though it will certainly face pushback from hucksters trying to pass off inferior products as miraculous wonder cures.

In any case, consumers should be sure to check the cannabinoid content before buying that $4.99 bottle of Magickal Hemp Juice from the local gas station.

3. A CBD-themed startup that doesn’t make any sense will get a ton of media attention, and then fail in spectacular fashion.

Coca-Cola, the world’s most recognizable drink-products company, is getting into the CBD beverage game. This makes sense, as their brand is synonymous with refreshing beverages. Estée Lauder and Sephora have teamed up to create a line of CBD-infused skincare products. This also seems reasonable, as they’re two of the most recognizable names in the beauty business.

Buckle up, though, because it’s about to get a whole lot weirder.

Any hot new trend (and as Rolling Stone says, CBD is pretty much the hottest trend in the world right now) is bound to attract its share of questionable ideas.

Take, for example, the Great Blockchain Craze of 2017-2018. Intoxicated by the skyrocketing value of bitcoin and other cryptocurrencies, companies rushed to offer “blockchain solutions,” even when it was clear they had absolutely no idea what those solutions actually were. The most absurd example was the Long Island Iced Tea Corp., an unprofitable maker of alcoholic soft drinks that changed its name to Long Blockchain Corp. and saw its stock price leap almost 300 percent overnight. Sadly, and somewhat predictably, it soon became clear there was no substance behind the company’s fancy new branding. Just a few months later, they were subpoenaed and kicked off the Nasdaq stock exchange.

We should expect a CBD-infused version of that circus at some point — soon. Maybe it’ll be a CBD motor oil from an obscure South Dakotan yam farm, or a CBD eyeball-whitener from Delaware’s biggest manufacturer of novelty toilets. Nobody can be quite sure of what narratives are yet to unfold, but we can rest assured that some of them will be deeply stupid.

That’s because, like blockchain, the more nonsensical a company’s pivot to CBD seems, the bigger a news story it will be. Weird headlines get clicks, clicks get advertisers, and advertisers put food on journalists’ tables. At the same time, CBD’s “brand reputation” will take a serious hit if becomes the butt of jokes like blockchain has. Journalists who cover the CBD industry should learn from the mistakes of their tech-press brethren, and treat the coming wave of grifters with the dubiousness they deserve.