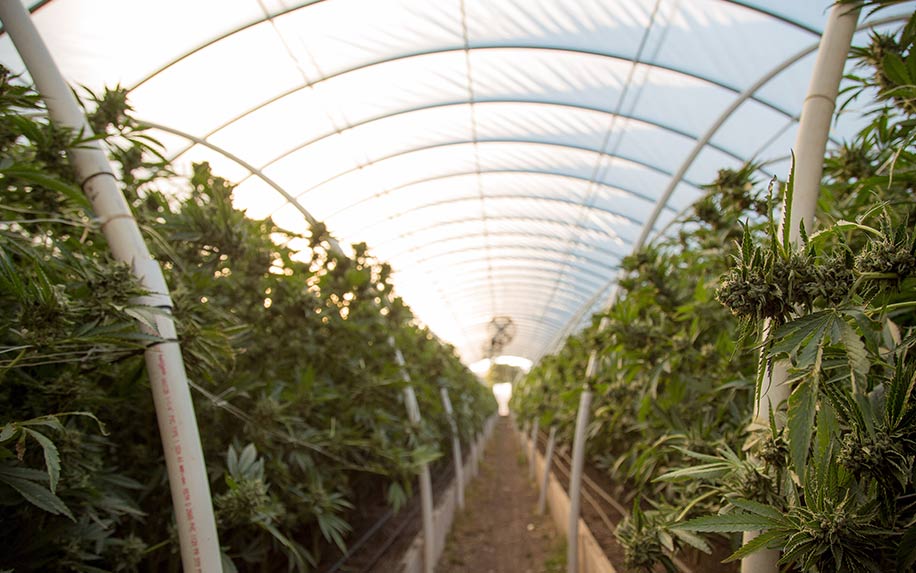 Sure, you know about the amazing benefits of the hemp plant on our bodies. Did you know hemp farming also helps the environment, economy and more? Read this.

Hemp is making revolutionary strides in the medical world with its numerous health benefits. The cannabidiol (CBD) derived from hemp can help save thousands of lives and treat patients suffering from coronary heart disease, severe headaches, and body pain.

That’s not the only industry where hemp farming can save the world.

Farming this particular plant can improve the environment. It can revolutionize different industries and change how people conduct different daily activities as simple as driving a car.

Not sure how it works? Here are 10 fascinating ways hemp farming saves the world:

To put things into perspective, satellite images indicate there are only 400 billion trees around the globe. Each year, over 15 billion trees get cut down and not nearly enough new trees get planted to replace them. In due time, there won’t be enough trees to sustain the environment, especially the atmosphere.

Hemp farming can be a solution to this problem.

A majority of trees get cut down for the paper industry. 1 acre of hemp can produce the same amount of paper per year as 4 acres of trees. Industries around the world can use hemp as the raw material for not only paper but wood as well.

The average water bottle uses plastic materials that can take anywhere between 400 and 1,000 years to decompose. The United States consumed over 45 billions plastic bottles in 2015 and that’s only one country adding to the amount of plastic pollution filling both land and seas.

Manufacturers create plastic using the cellulose from petroleum. The additional issue here is that petroleum is toxic. This means even when the bottles decompose, their toxic compounds will pollute the environment.

The good news is that this can stop. It’s possible to make bottles from hemp.

Hemp can replace the need for petroleum-based plastic water bottles. Hemp contains a high amount of cellulose and is biodegradable, making it the best non-toxic and non-pollutant choice.

Speaking of non-toxic, hemp farming can also aid in the production of other safe products that today get made using harmful chemicals. One great example is a fabric made from hemp.

Hemp fabric is non-toxic in nature and is both durable and UV resistant. This means no additional chemicals to make them last longer. Hemp fabric also doesn’t require an energy-intensive manufacturing process that can pollute the air with extensive coal and gas emissions.

This not only makes hemp farming a great alternative to fabric making but it also ensures that these industries will no longer damage the Earth’s natural environment.

Another key factor to consider is that hemp is a raw material for products other than fabric. How many different things can you make with hemp? For the thousands of years it’s been around, humans can now use hemp for over 25,000 different products like rope, makeup, butter, diapers, and surfboards.

Hemp has a strong, natural resistance to pests due to its chemical makeup. In comparison, cotton consumes 50% of today’s pesticide needs. Excessive use of pesticide pollutes the soil and water, ending up killing more than insects.

Pesticide pollution affects humans as well. When the chemicals get into the water system, they can be the main cause of blood poisoning, ADHD, birth defects, and cancer. Hemp can reduce the need for a pesticide by a significant margin.

As a matter of fact, hemp farming is one of the most natural in the world.

Archaeologists found ruins of human civilizations wearing hemp fabric from over 8,000 years ago. There are theories that hemp is one of the earliest plants in the history of human agriculture. By going back to this, humans can reduce the number of unnatural necessities like poisonous pesticide.

As mentioned, hemp farming reduces the need for pesticide. However, the great thing is that hemp can also eradicate the toxins already filling the land.

How effective is hemp in cleaning toxic pollution? It was one of the top runners to clean the radiation waste from Fukushima, which suffered nuclear radiation after an earthquake and tsunami struck the area back in 2011.

Scientists achieve this cleaning through a process called phytoremediation.

Doubt it would work? This process has already seen fruition when scientists implemented phytoremediation in Chernobyl, which suffered a meltdown back in 1986. The results are astounding, to say the least, due to the fast rate of decontamination.

That said, hemp could become the best solution for cleaning out areas hit by radiation waste and other forms of soil pollution.

If hemp grows into a bustling industry for food production, biofuel, and plastic production then this could help create jobs. Since hemp grows in any environment, any country can turn to hemp as a way of boosting its employment rates and financial standing.

Hemp is one of the most efficient sources of renewable energy but it is also one of the most untapped sources in the world. When people think of hemp, they think of illegal marijuana and the stigma around it, not how hemp can provide fuel to the world.

How effective is hemp as biofuel? Hemp can convert to biodiesel with a 97% efficiency rate.

This leads to more benefits one would expect from using hemp fuel such as significant reduction of air pollution. This keeps the environment healthy and human civilians safe too. Thousands of children each year suffer the consequences of coal and fossil fuel consumption, raising the number of victims suffering from lung diseases.

With over 4,000,000 miles worth of roads in the United States alone, hemp biofuel could make a big change in the future and alter how cars function.

There are two obstacles stopping this from happening: big corporations that profit from fossil fuels and the negative stigma around hemp and the different brands of medical CBD.

For hemp biofuel to become the primary source for the automobile industry, people will have to eradicate both of these obstacles. Big corporations could still profit if they shift their focus and investments on hemp farming instead of the disastrous industry of fossil fuels.

Keep in mind that hemp grows in almost any and every environment. Even in the driest places, hemp farming can prosper more so than any other crop. It’s resilient to pests and it’s affordable compared to other similar wonder crops.

Many groups worldwide attempt to make hemp farming more accepted by society. This is because hemp could help deal with world hunger, which is now at 12% of the world population or 842 million people as of 2017.

How and why is this so?

Hemp is a raw ingredient to make numerous food products. Some of these include:

It’s now easy to see how hemp can feed nations around the globe. Because it grows everywhere and doesn’t cost much to maintain, even developing countries can rely on hemp to feed their population.

Did you know that 2.2 pounds of cotton requires over 5,000 gallons of water? Cotton is among the world’s most water-dependent crops but is also one of the needed products in the world. This means water gets consumed and wasted at a faster rate than humans can manage.

In comparison, hemp only requires 900 gallons or less to produce the same amount of cotton.

Keep in mind that cotton is an essential material for hundreds of products. Manufacturers use cotton to make jeans, bedsheets, pillows, shirts, socks, diapers, and car seats. Cotton is also important for stuffed toys, sofas, and parachute cords.

Hemp is a popular cotton alternative, meaning manufacturers can use it for all these products and more. Because it uses less water, hemp can help conserve freshwater use and redirect water for other purposes, such as providing water for developing countries and areas suffering from drought.

Everything listed above should prove one important point: hemp farming aids the atmosphere. Farming hemp will save trees, hemp itself also combats air pollution and removes toxins in the ground that poison the water, and can be a material for environment-friendly fuel.

All of this means there can be fewer pollutant emissions in the air and more natural crops that clean the atmosphere to produce life-giving oxygen.

This also applies to people who like to smoke. Smoking is a dangerous habit and thousands of people worldwide now turn to vaping. Hemp or CBD vape juice is gaining popularity and this shows a reduction in tobacco farming, which is also dangerous for the environment.

Hemp farming is growing into one of the world’s biggest industries, despite negative stigmas and the spread of misinformation. It can change the world for the better and it all began with the discovery of hemp and its CBD properties that have significant medical uses.