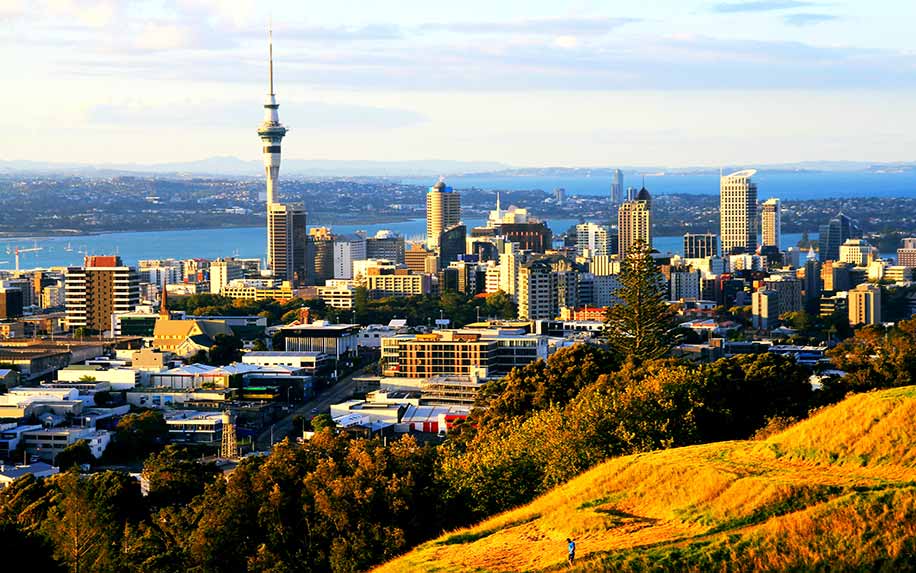 Recently, I was invited to Napier, New Zealand to teach my course on cannabis massage. Because the political climate in New Zealand surrounding cannabis is forecasted for major change in 2020, the organizer thought now would be a fantastic time to educate as many people as possible about this plant and its potential.

After doing a bit of research, I discovered there are some similarities — and also some key differences — between cannabis laws in the U.S. and those in New Zealand. While the plant is federally illegal in both countries, penalties are stricter in New Zealand than they are in many parts of the U.S. According to the New Zealand police, the home cultivation of cannabis can lead to prison sentences of 2-7 years. Penalties for possession alone can start at $500, and go up to 14 years in prison.

But that could be changing soon, because New Zealand might be on the brink of becoming the next noteworthy country to legalize cannabis after Canada (with apologies to the microstate of Luxembourg, which just became the first European country to legalize the plant).

In 2017, Jacinda Ardern became the youngest female head of government in the world, thanks in large part to the support of New Zealand’s Green Party. That support came with a number of stipulations, including the promise that Ardern’s Labour government would hold a nationwide referendum on cannabis legalization. In 2020, that favor will finally be repaid.

Earlier this month, Justice Minister Andrew Little released a statement that gave the first details of what Kiwis will vote on. Some of the key points of the proposed laws include:

According to Chlöe Swarbrick, a Member of Parliament (MP) for the Green Party, “The major focus of this draft law is to reduce access, particularly for our young people, and to shift control out of the hands of the black market,” she said in a video tweeted from her official account.

The referendum will be held sometime before November 2020. And while it was greeted as a major victory by legalization supporters, it’s not yet clear if voters share their enthusiasm. According to an August 2019 poll from analytics firm Horizon Research, support for legalization has fallen to 39 percent, down from a high of 60 percent in November 2018.

Advocates for legalization like Ross Bell, executive director of New Zealand’s Drug Foundation, believe that the drop in public support is due to coordinated propaganda campaigns by anti-cannabis special interest groups. “At the moment there is a vacuum and that vacuum is being filled by myth and misinformation and so the Government does actually have a responsibility to get facts and figures out there,” he told the national outlet Newshub.

Whether or not the referendum is approved, it’s clear that attitudes toward cannabis are shifting in New Zealand, just as they are elsewhere.

Thanks to the passage of the Misuse of Drugs (Medicinal Cannabis) Amendment Act, some products containing cannabidiol (CBD) are now considered prescription medicines. Interestingly, their THC content can be considerably higher than what’s permitted in the U.S. — legal CBD products in New Zealand can contain up to 2 percent THC, compared with 0.3 percent in the U.S. as laid out in the 2018 Farm Bill.

Although CBD is no longer illegal in New Zealand, cannabis is still classified as an illegal drug under the New Zealand Misuse of Drugs Act 1975 and its use, supply, and possession are all cause for a variety of charges, which can range from fines to multiple years of prison.

Cannabis products are still considered Class B1 controlled drugs and ministerial approval is required before most can be prescribed, supplied, or administered.

Many of the fears every state in the U.S. with legal cannabis has felt while onboarding a medical or recreational program are being felt in New Zealand now. But New Zealanders are already using cannabis — one recent found that by the time they reach 25, 80 percent of the population will have tried the plant in some form.

And as we have proven in North America, the sky does not actually fall when cannabis is no longer prohibited. Studies in Canada show that legalization doesn’t cause massive spikes in cannabis use — people don’t suddenly start using cannabis during every waking moment. Nor does cannabis legalization turn innocent kids into drug addicts — in fact, a 2019 study found that cannabis use among U.S. teens actually dropped in states where the plant is recreationally legal.

Cannabis is already available in New Zealand in its various forms, people are already using it, and they’re not likely to stop any time soon. Right now, the market is primarily underground, much like it previously was in the United States. Everyone knows this is not a desirable or sustainable state of affairs, so why continue the charade?

The progress that could be brought by a “yes” vote on the recreational legalization referendum would be monumental. Hopefully, next year Kiwi voters will agree.