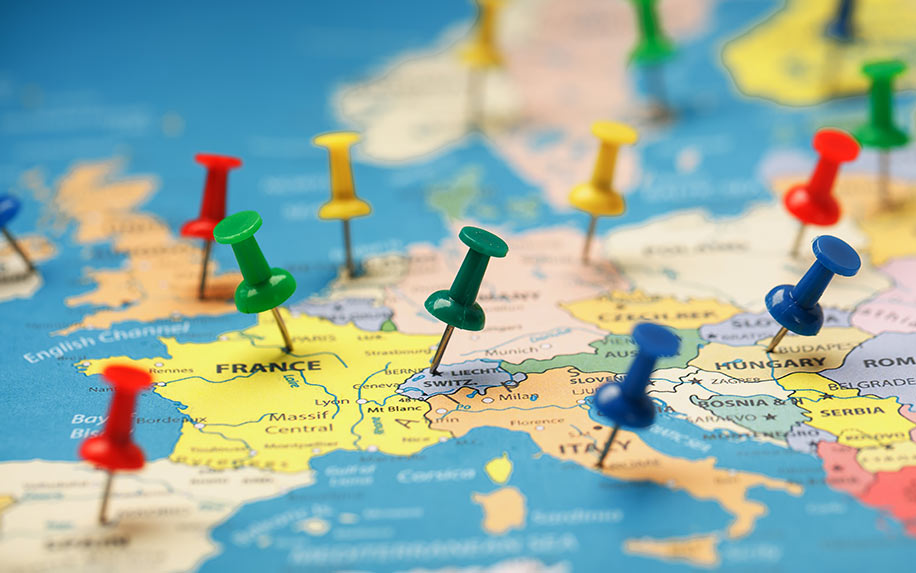 From the cannabis cafés of Amsterdam to the cannabis clubs of Barcelona, Europe has long had a progressive attitude toward the plant. However, full legalization has so far proven an elusive goal, lagging behind the policies implemented by Canada, Uruguay, and a number of U.S. states.

The legislative process for the program — inspired by the Canadian model — could start as early as this fall, as reported by Euronews. Cannabis legalization was a key issue for all three parties that form Luxembourg’s coalition government in the lead-up to the previous election, and the coalition already had an agreement in place to mandate legalization within the next five years.

Luxembourg’s Health Minister, Étienne Schneider, told Euronews, “After decades of repressive policies, we have acknowledged that this policy does not work, that it did not meet expectations. So it’s time to change mindsets, change our concepts and try something else.”

Although a number of European countries have legal medical cannabis regimes and have decriminalized the simple possession of small quantities of cannabis — including Luxembourg — this is a move that would have ripple effects throughout the E.U. While Schneider made clear that Luxembourg would avoid “meddling” in other countries’ policies — and would maintain stricter controls on cannabis for non-citizens, limiting cannabis tourism potential — he added that the country’s planners hope to influence those nearby.

“I will certainly have discussions in the coming months with my European counterparts, especially from our three neighboring countries — France, Belgium, and Germany,” Schneider told Euronews. “We will explain in detail what we are doing and see what they think.”

Malte Goetz, a lawyer specializing in the medical cannabis market in Germany, told POLITICO that Luxembourg’s law could start a domino effect.

“The social pressure will be so high that if you have legalization in one of the E.U. member states, soon that will be discussed seriously in the other ones,” he said.

Which European Countries Could Be Next to Legalize Cannabis?

While Luxembourg attempts to lead the European cannabis reform vanguard, many of its E.U. neighbors remain more cautious. Ireland and France only introduced medical cannabis pilot programs this year — coupled with clarifications by their health ministries that these initiatives would not lead to legalized recreational cannabis. Germany needed a supreme court decision to force its hand on medical cannabis, while the U.K.’s medical cannabis regime came into being only after enormous public pressure.

Elsewhere in the E.U., decriminalization of minor cannabis possession has become widespread, with the Netherlands, Portugal, Spain, the Czech Republic, Austria, Switzerland, Germany, Belgium, Slovenia, and Croatia all maintaining relatively lenient policies around adult-use cannabis. Medical cannabis has also made great inroads, with Italy, Greece, Poland, and the whole of Scandinavia giving their support for such programs, along with those already in force in the countries previously mentioned.

Some countries are trying legal cannabis schemes on a small, test-run scale, such as Switzerland. The national government has embarked on a 10-year public health trial, tracking and studying a pool of 5,000 people legally using cannabis, while several municipalities are sniffing around the possibility of setting up cannabis club programs. Low-THC cannabis, which can have THC levels up to 1 percent, is legal to use.

Unlike most of the U.S. states that have legalized cannabis, European countries lack a mechanism for voter support to lead to ballot initiatives. Despite support for legal cannabis riding high across Europe, rulings are entirely in the hands of lawmakers.

Henry Fisher, chief scientific officer at cannabis industry conference Cannabis Europa, believes that these pilot programs and decriminalization efforts are “a can-kicking exercise,” a way to do something that pleases all sides. Like many, he thinks that the first country to take the plunge could set off a domino effect.

U.K. bookmaker Ladbrokes got more specific, giving VICE odds of 6–4 on full U.K. cannabis legalization by 2024. Elsewhere in the site’s look at Euro legalization prospects (which was made before Luxembourg’s announcement), they predicted full legalization would come to Luxembourg, Spain, Belgium and Portugal by 2023; Italy by 2024; Holland and Germany by 2025; France by 2026; the U.K. by 2027; and Norway by 2029.