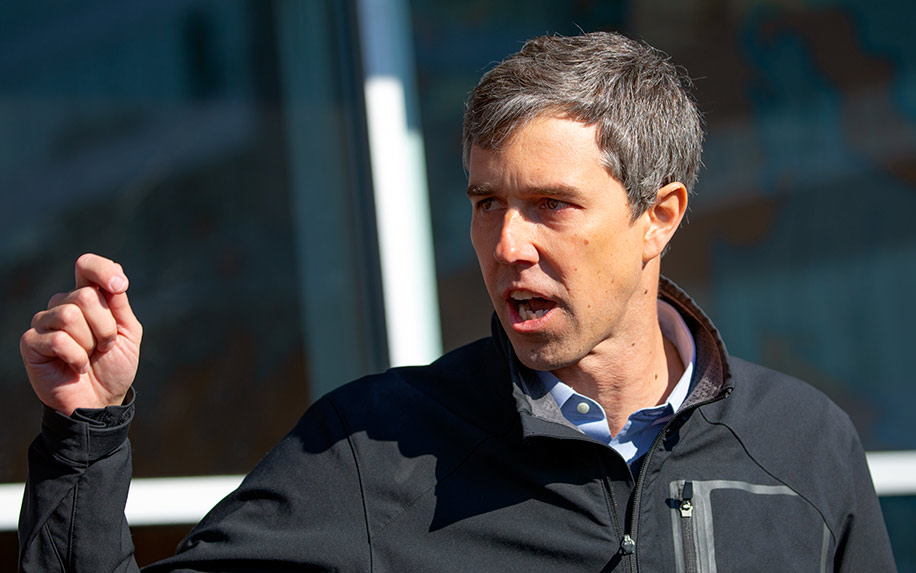 Beto O'Rourke has gone head to head against Ted Cruz on cannabis legalization. Image Credit: By Juli Hansen on Shutterstock

Ten years ago, Robert Francis “Beto” O’Rourke was an early advocate for cannabis legalization. Now, like many of the 2020 presidential candidates, he’s taking his advocacy to new levels, making his support for cannabis reform a central issue of his presidential campaign.

Beto’s Past Stance on Cannabis

O’Rourke first drew national attention for his support of cannabis legalization in 2009, when he launched a national appeal from his City Council seat in El Paso, Texas — in fact, it was this resolution (and the fallout that ensued) which first brought him into the national spotlight. The resolution called for the U.S. Congress to engage in “an honest, open national debate on ending the prohibition of narcotics.”

He wasn’t just grandstanding; his resolution was in response to the catastrophic cross-border drug war that had seen El Paso’s sister city in Mexico, Ciudad Juárez, endure a doubling of its murder rate in the year leading up to his proposal and become the deadliest city in the world. The resolution received a unanimous vote, but then was quashed under national pressure, much of it coming from Texas Democrats like then-El Paso U.S. Representative Silvestre Reyes. However, federal lawmakers are now considering similar legislation that would end the national prohibition on cannabis.

In 2011, O’Rourke and fellow City Council member Susie Byrd published a well-received book on the effects of cannabis prohibition, “Dealing Death and Drugs: The Big Business of Dope in the U.S. and Mexico.” In it, they describe the business model of drug trafficking, and explain how cannabis prohibition is implicated in the ever-rising death tolls of U.S. distribution points like Ciudád Juarez.

In 2012, O’Rourke defeated Rep. Reyes in the Democratic primary, despite being attacked for his support of legalization. He later won the general election, and would go on to sponsor several cannabis reform bills as a member of the U.S. Congress.

During his single term as a Congressman, O’Rourke sponsored one piece of pro-cannabis legislation while co-signing onto more than 20 bills that mostly focused on federal cannabis and hemp laws. Several of the co-signed bills protected states that had legalized cannabis from federal intervention, while others focused on medical cannabis’ increasingly prominent role in health care and on protecting those with cannabis convictions from discriminatory treatment.

While his actual achievements may have been limited, his advocacy for legalization was ahead of its time. Now, with support for increased cannabis research now popular among both Democrats and Republicans, O’Rourke is no longer an outlier. And as more states consider legalizing cannabis in 2019, his stance on the plant may endear him to an ever-widening base of voters.

What Beto’s Saying About Cannabis Now

O’Rourke declined to defend his House seat in 2018, and instead launched a quixotic challenge against incumbent Republican Senator Ted Cruz, addressing a newly-acquired national audience with his cannabis advocacy.

In a 2017 interview with Texas Monthly, he stressed the need for federal legislation to end the War on Drugs:

“Ending the prohibition on marijuana — not making it a state-by-state issue and hiding behind this baloney states’ rights defense is going to save lives, save billions of dollars, move us from a country that imprisons more of its own citizens than any other country on the face of the planet into one that sees more of those same citizens leading productive, taxpaying, constructive lives in communities all over our state.”

This holistic concern with cannabis reform puts him on equal footing with most of the field of Democratic presidential candidates. With 75 percent of Democratic voters backing legalization, it’s good business — even President Donald Trump supports some level of reform.

But Trump’s brand of reform support — like the past positions of Hillary Clinton, Kamala Harris, and Elizabeth Warren — defers to the states’ rights argument that O’Rourke has declared insufficient for the past 10 years.

Like many others running for president in 2020, he has also made reference to the interrelation between medical cannabis and the opioid crisis. In 2018, he tweeted, “We see cannabis not as a gateway drug, we see it as an exit path off opiates.” Like many in the medical community, O’Rourke believes swapping prescription painkillers for cannabis could help end one of the most severe public health disasters of the 21st century.

As the presidential campaign gears up, O’Rourke is renewing his calls for federal legalization. His end goal is one that’s increasingly associated with cannabis reform — to “build a criminal justice system that is more fair and that urgently puts our country closer to the words written above the highest court in our land: equal justice under law.”