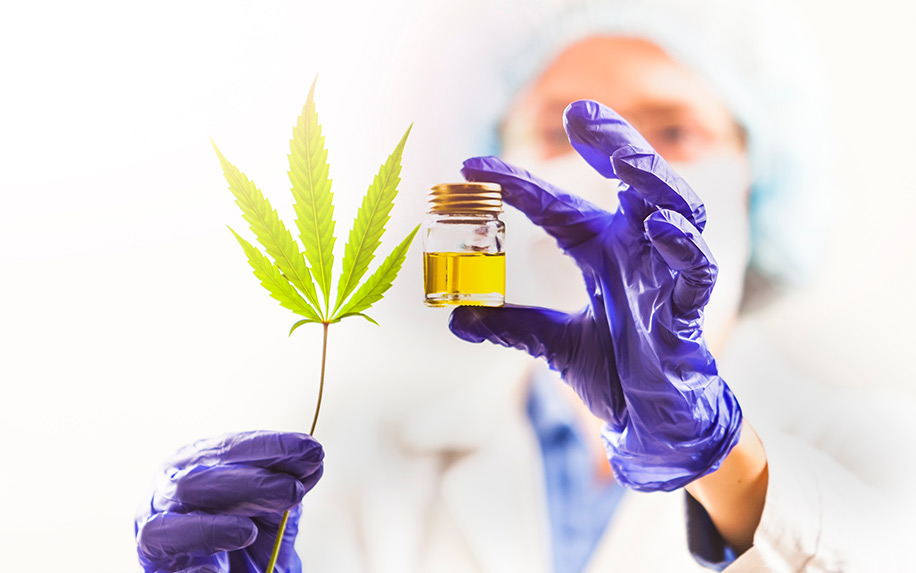 The DEA says it will “soon unveil a proposed regulation to govern applications to grow cannabis for scientific and medical research.” Image Credit: By ElRoi on shutterstock.

This summer, the slow-moving wheels of federal cannabis research have started to spin all at once — and the loosening of a monopoly over the one official source of research cannabis may have something to do with it.

In July, the National Institute on Drug Abuse (NIDA) announced that it would be harvesting its biggest crop of research cannabis in five years, responding to demand for strains that more accurately match the THC and CBD content in cannabis available to the public, as reported by the Associated Press. Over 4,400 pounds of cannabis will be grown at University of Mississippi facilities in 2019. Currently, the NIDA-controlled University of Mississippi crop holds the sole federal contract to produce legal cannabis, which is required for federally-approved tests.

In mid-August, NIDA issued a ‘notice of special interest’ soliciting grant applications on the “effects of changing cannabis laws and policies in the U.S. and globally on public health.” This represents something of a departure for NIDA, whose cannabis research inched along in previous years, with 22 studies funded at $6 million in 2003 and slightly increasing to 69 studies at $30.2 million in 2012. For an organization that fashions itself as “a scientific, not a policy-making agency,” the research it is now targeting seems suspiciously policy-oriented.

Based on the recommendations of a working group formed in 2017, NIDA’s current research objectives highlight cannabis use, epidemiology, health and social consequences, the emergent structures of the cannabis industry, and harm reduction.

An equally important development is happening within America’s most famously cannabis-hostile agency. Recently, the Drug Enforcement Agency (DEA) unearthed 33 applications from potential growers of cannabis that could be used for these studies — a number it called “unprecedented” when it first solicited them in 2016, but which have sat in limbo ever since, as reported by ThinkProgress. The agency says it will “soon unveil a proposed regulation to govern applications to grow cannabis for scientific and medical research.”

Seeing as the DEA’s decision came just two days before a key deadline in a lawsuit against the agency brought by cannabis researcher Dr. Sue Sisley of the Scottsdale Research Institute and the Multidisciplinary Association for Psychedelic Studies (MAPS), this sudden loosening of systemic restrictions could be seen as more than coincidence. Sisley had sought to end three years of stalling by the DEA, and secure a source of cannabis for her own research, which had been hampered by the unacceptable quality of NIDA’s previous product.

“They asked for these applications, they acknowledged the importance of this research, and then they did nothing for years,” Shane Pennington, a member of Sisley’s legal team, told ThinkProgress.

NIDA doesn’t have a good track record in encouraging cannabis research. After the passage of the Controlled Substances Act in 1970, NIDA’s University of Mississippi 1.5–6.5 acre supply became the sole source of cannabis used for research purposes throughout the US.

Despite the restrictions, there was still movement on cannabis research, with 22 states enacting therapeutic research programs between 1978 and 1981, according to a 2001 paper from researchers at the University of Illinois at Chicago. Then NIDA got a bit stingy, declaring that it would only supply cannabis to research projects that focused on abuse and addiction.

And just like that, the doors to federal cannabis research closed for 30-odd years.

It took seven years before the federal government approved Sisley and MAPS to start the first-ever trial of medical cannabis for post-traumatic stress disorder in military veterans in 2016. Then, after waiting another 20 months to get NIDA-sourced cannabis, she discovered that some samples were contaminated with mold and others didn’t match the potency levels she requested.

Some strains of cannabis have become significantly stronger in recent years, and the low-potency plant material provided by NIDA has frustrated many researchers like Sisley.

“Scientists need access to options and we are handcuffed by a government-enforced monopoly that has only allowed me to study this really suboptimal study drug from Mississippi,” Sisley said when filing her complaint.

“They are providing this standardized green powder that is just cannabis ground up,” she added.

After the DEA’s announcement, Sisley said, “Now we just need to keep the DEA’s feet to the fire. DEA/DOJ can slow-roll this for many years to come, leaving progress of medical cannabis research in limbo indefinitely. But at least that door is now theoretically kicked open.”