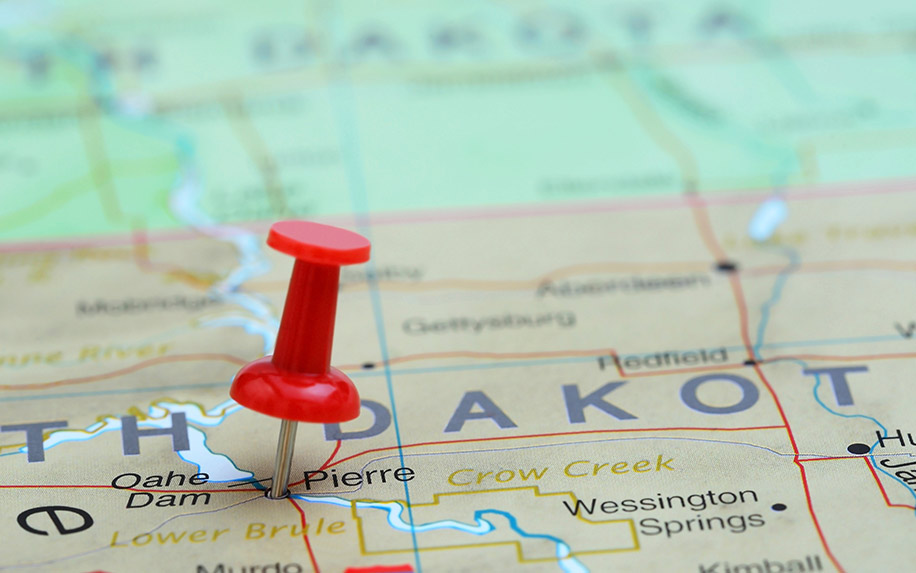 CBD oil can provide amazing medical benefits for those that use it. But if you in these 3 states your out of luck. Image Credit: By Dmitrijs Kaminskis on shutterstock

The legal gray zone surrounding CBD didn’t completely recede after the passage of the 2018 Farm Bill. While the landmark legislation legalized the growing of hemp and most hemp products throughout the United States, that hasn’t stopped some states from continuing to enforce laws against the plant and its derivatives.

Part of the issue stems from confusion over the difference between the hemp and marijuana plants, which are both members of the cannabis sativa species. Although hemp is non-psychoactive, unlike marijuana, both were prohibited under the Controlled Substances Act of 1970. The 2018 Farm Bill reversed this decision, stating that hemp plants are considered legal if they contain 0.3 percent THC or less (the same caveat applies to CBD, which was also federally legalized under this restriction). However, some states have stuck with the old interpretation and refused to differentiate between the two.

The backlash against legal cannabis may be to blame for this attitude. As more states move to legalize cannabis for medical (or recreational) use, some state lawmakers are warning that CBD could be the first step on a “slippery slope” to widespread drug use and public safety problems. They see the federal government as incapable of stopping this, so they’re taking matters into their own hands.

While policymakers in Washington D.C. have uncompromisingly held up its ban on cannabis (though some are trying to change this), they’ve held a more common-sense policy toward CBD since the passing of the 2014 Farm Bill, which legalized hemp cultivation in pilot programs. From that point, the feds have been somewhat progressive when it comes to CBD regulation, even if they haven’t quite kept up with the pace of the trend.

That might be about to change. The Food and Drug Administration (FDA) recently issued a cease-and-desist on CBD products marketed with unsubstantiated claims of health benefits and CBD used in food products, which states mostly seem to be respecting. Maine, New York, California, North Carolina, and South Carolina have all enforced some aspect of the FDA’s prohibition on adding CBD to food and beverages.

But all of the aforementioned states have medical cannabis or medical CBD laws on the books, which allow licensed dispensaries to sell such products. The following three states have no such allowances in place, making them the last holdouts to completely ban CBD in any form.

States Where CBD Is Illegal

Idaho
While CBD may have entered the national conversation only recently, Idaho has been against it for years. In 2015, its Attorney General issued an opinion on CBD that concluded, “Unless an oil extract contains no THC and is excluded from the definition of ‘marijuana’ under [Idaho’s controlled substance code] such oil is a controlled substance in Idaho.”

In the same document, the Attorney General addressed THC-free CBD products as well, limiting the parts of the plant from which they can be derived. The Idaho Office of Drug Policy stands by this 2015 opinion even in light of the 2018 Farm Bill, saying that the federal legislation “does not legalize CBD generally” — and anyway, “Idaho will need to enact legislation in response to the Federal Farm Bill.”

What this means is that CBD might need to wait for new legislation before becoming truly unrestricted.

State Senator Lee Heider was one of the prominent opponents of a 2018 medical CBD oil bill, which was defeated in chambers. “I had about two inches of email paper from people that didn’t like this bill,” he said. “Everybody in law enforcement did not like this bill. They thought it opened the door to marijuana.”

As some in the conservative state pointed out, by registering to use a product extracted from a cannabis plant, users would have potentially lost their Second Amendment right to bear arms. The Gun Control Act of 1968 prohibits anyone from possessing guns if they use cannabis.

South Dakota
South Dakota is another state enforcing its own CBD prohibition, most recently in a legislative back-and-forth on hemp legalization which ended in a nearly-overturned gubernatorial veto.

In February, the state legislature passed a bill allowing the in-state growth, production, and processing of industrial hemp and its products. It was then vetoed by Governor Kristi Noem, an action that was nearly overturned by an overwhelming vote of 55-11 in the House before dying in the Senate.

Some feel that “Big Pharma” is behind the state’s refusal to allow sales of the oil. In 2017, a state bill seeking to legalize hemp-derived CBD for medical purposes was intercepted by lobbyists for GW Pharmaceuticals, makers of CBD-based drug Epidiolex, which has FDA approval. The amendment they sought, stipulating that only CBD products with FDA approval should be decriminalized, was added to the law.

“South Dakota has a tradition of being a petri dish for these big companies that come in and want to test legislation on us,” said Pat Cromwell, who supported the original 2017 bill. “What happened here was ‘Big Pharma’ came in and wrote themselves into the backdoor to be the only drug company able to lay claim to CBD products.”

Nebraska
Nebraska’s hardline stance against CBD has been tested in the wake of the 2018 Farm Bill. In January, a charge of “felony drug-dealing” against the owners of a family business selling CBD was dismissed by prosecutors. Scotts Bluff County Attorney Dave Eubanks said that he didn’t think a guilty verdict was realistic, as a growing majority of the state supports medical cannabis.

“We’re not going to enforce it,” Eubanks told the Omaha World-Herald. “It’s technically illegal, but like I said, it’s a situation that needs to be fixed by the Legislature, and I hope they’ll do that.”

However, not all attorneys are taking such a lenient stance. In December, a shop in the small town of Bellevue was served a cease-and-desist letter for selling CBD products.