The Pros and Cons of Legalizing Cannabis, According to Cops 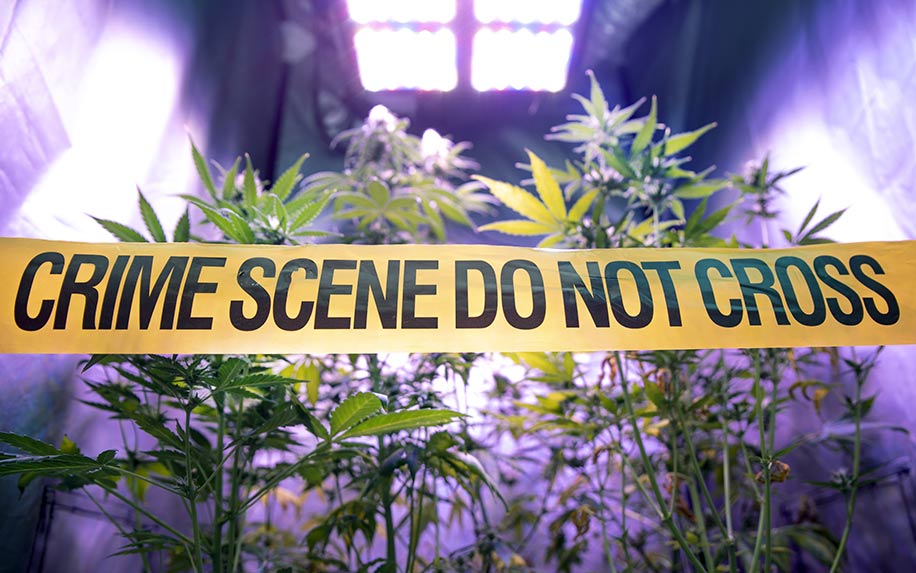 What are the challenges police officers will be facing due to cannabis legalization? Image Credit: By Fabio on Shutterstock

Back in 2016, a Pew Research Center poll showed that 68 percent of police were in favor of relaxing cannabis laws. In the time since, the momentum for legalizing the plant has grown — but opponents of legalized cannabis have had time to refine their arguments, too.

Police departments find themselves with an interesting role in the broader social discussion: they’re beholden to enforce the laws in the places where they live and work, but as more states move to legalize cannabis, those laws are frequently in direct conflict with federal legislation.

While public health advocates can confine their arguments to the pros and cons of smoking cannabis for pain relief, mental health, and chronic diseases like multiple sclerosis, and social justice thinkers can concentrate on how pushing cannabis users to black markets creates more opportunities for drug dealers, police are forced to navigate new arrangements with emerging questions of their own.

When you combine these difficulties with a healthy dose of “War on Drugs”-era protocol, you get the conflicting opinions that police are showing as the United States inches closer to legalizing cannabis at the national level.

Below are the cannabis legalization pros and cons, according to the nation’s cops.

What They’re Seeing With Cannabis Legalization So Far

Some of the arguments police bring to the discussion are backed up by post-legalization fact. The most common reasons for concern revolve around the difficulty of policing impaired driving and a possible increased risk of access for minors.

Several studies have looked at the rise in highway accidents in early legalizers like Colorado and Washington. Most show a significant rise in crashes post-legalization, although these studies are usually culled from raw crash numbers (i.e. there’s no indication that cannabis was a direct cause of the crashes in question). And most studies have shown that while more accidents happen in post-legalization states, there is no commensurate rise in fatality rates.

More worrying to police charged with stopping cannabis-impaired driving is the attitude of the public. Colorado data from 2018 suggests that nearly 70 percent of cannabis users have driven under the influence in the past year, and 27 percent admitted to driving impaired almost daily.

Another recent survey out of Colorado saw no increase in cannabis use among young adults in the first five years of cannabis legalization. And the early returns out of Canada are similar — there’s been no increase in use after legalization, though part of the problem might be due to Canadian dispensaries’ inability to keep product in stock.

Some police have also voiced concerns about the effect of legalization on addiction, which feeds into a slew of risky behaviors. As cannabis becomes more normalized — and the image of a “typical cannabis user” continues to change — the heaviest users will account for most of the sales of cannabis. This is analogous to patterns around cigarette smoking, where most of the consumption comes from everyday users.

Why Some Cops Support Legalization

For many cops, the arguments against legalization are just as easily turned in its favor. The first argument many will level in support of legalization is the most basic police concern — legalization increases public safety.

“When we ended the prohibition of alcohol, Al Capone was out of work the next day,” former Los Angeles Deputy Chief of Police Stephen Downing told Rolling Stone. “Our drug policy is really anti-public safety and pro-cartel, pro-street gang, because it keeps them in business.”

Police are increasingly concerned about the business of cannabis, and cannabis trafficking accounts for a significant chunk of income for black market cartels. Some law enforcement agencies believe that legal outlets like cannabis cafés or cannabis restaurants would help eliminate this income stream and the violence that typically accompanies it.

A reallocation of police resources toward non-victimless crimes would also increase community trust in the police. “Marijuana is the number one reason right now that police use to search people in this country,” Baltimore narcotics veteran Neil Franklin told Rolling Stone.

In the long term, legalization could lead to “hundreds of thousands of fewer negative police and citizen contacts across this country,” Franklin said. “That’s a hell of an opportunity for law enforcement to rebuild some bridges in our communities — mainly our poor, black and Latino communities.”

In New York State, lawmakers and law enforcers are currently contemplating full cannabis legalization. While Governor Andrew Cuomo is advertising potential legislation as the key to unlocking a $1.7 billion industry — and the tax revenue it would generate — the New York State Association of Police Unions have been unanimous in opposing the measure.

“The Governor and lawmakers are trading public safety for a money grab to plug a budget deficit arising from mismanagement of taxpayer funds. Jeopardizing the public’s safety is not something cops support,” the head of the association told the New York Post.

In New Jersey, another state on the verge of full legalization, the New Jersey State Association of Chiefs of Police has similar concerns. The organization’s vice president John Zebrowski told the Asbury Park Press that he believes municipal tax rises will be needed to help equip police to deal with people driving under the influence of cannabis. Even in states which have already legalized, there is no inexpensive, easy-to-use intoxication test to equip police with.

Instead, convictions for cannabis-impaired driving rely on experts trained in the signs of impairment — an expertise that requires a good deal of training. Zebrowski added extensive court time to the bill.

As for the mechanism of paying for the new policing cost, only one page of New Jersey’s 176-page legalization bill is dedicated to it, but some police fear it will grow much larger.