The Hearing That Could Decide the Future of CBD 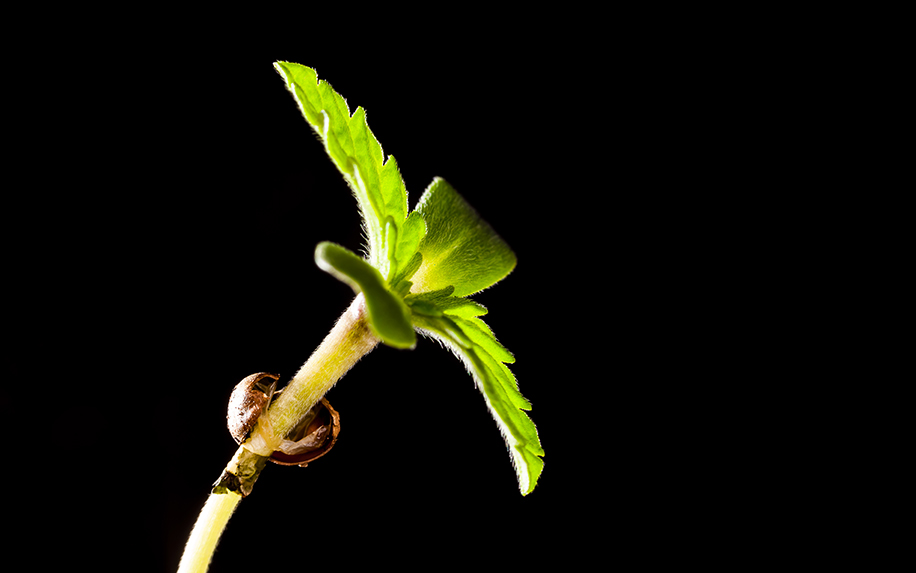 An upcoming public hearing may determine what kinds of CBD products are permitted to be sold. Image Credit: By ElRoi on Shutterstock

Five months after the 2018 Farm Bill legalized hemp — and by extension, hemp-derived cannabidiol (CBD) — on May 31st, the Federal Drug Administration (FDA) will finally hold a long-awaited public hearing on CBD regulation. Billed as an effort to “protect the public health” against potentially dangerous products, the results of this hearing could set the stage for the future of the CBD industry.

Over the past year, explosive growth of the CBD market has sparked immense public curiosity, propelled the non-psychoactive cannabis derivative into the national consciousness — and created major headaches for state and federal authorities. Things like transportation and logistics — not to mention what kinds of products are permitted to be sold and how consumers can be assured of their safety — are complicated because, while CBD is legal under national law, several states still ban it. And while CBD can be openly sold in beauty creams and vape cartridges, businesses selling CBD-infused edibles have been the subject of a multi-state crackdown in recent months. To make matters worse, as many as 70 percent of CBD products may be mislabeled, according to a study from Penn Medicine.

There’s an urgent need for clarity, and CBD industry leaders hope that the upcoming hearing will lead to stronger regulation and a “lawful pathway” toward FDA approval. Last December, after the passage of the Farm Bill, outgoing commissioner Scott Gottlieb issued a statement which suggested that this approval — along with regulation — would soon be forthcoming.

“We recognize the potential opportunities that cannabis or cannabis-derived compounds could offer and acknowledge the significant interest in these possibilities,” the statement said. “We’re committed to pursuing an efficient regulatory framework for allowing product developers that meet the requirements under our authorities to lawfully market these types of products.”

There’s been little movement on the regulatory front since then, but the May 31 hearing has been greeted as a step in the right direction. For both consumers and business owners, the FDA’s intervention is welcome and, some might suggest, long overdue.

When Gottlieb made his post-Farm Bill statement on the search for “lawful pathways” to CBD regulation, it was assumed that legislation was coming soon. A CBD industry that was nearly doubling in market size each year now had a clear endorsement from Congress to reach for the future promised by numerous market projections. Almost overnight, a supply chain developed that spanned the country, pushing tobacco farms to embrace a more profitable hemp crop, which would then be sent to established CBD hubs for processing.

But with mixed signals resulting from the FDA’s silence and the Farm Bill’s encouragement, states were left to deal with the market enthusiasm in their own ways. Health departments in some states cracked down on CBD-infused food and beverages, while others passed their own legislation to clarify CBD’s standing. Meanwhile, the FDA did nothing, apparently paralyzed by the enormity of the task — as Gottlieb explained at the time, “We’ve never done this before.”

In February, a bipartisan group of members of Congress responded to the bans by writing a letter to the FDA, and later questioning Gottlieb when he appeared before Congress. One of the signatories of the letter, Rep. Chellie Pingree (D-ME), addressed him, saying, “I realize this is complicated, but I just want to emphasize the need for some sense of urgency around it. My own state legislature is working on legislation around it right now, but the role of the FDA confuses everyone, I think.”

On March 5, Gottlieb tendered his resignation. Two weeks later, he finally gave the CBD industry a timeline, saying that the process of regulating the CBD market would likely take more than three years to complete, and that the federal creation of laws that deal specifically with CBD would be a much more efficient solution.

Gottlieb estimated the FDA’s design of an “average” rule took at least two to three years. He suggested it would be longer for CBD, because it would be “highly novel rulemaking to do a complex rule like this.”

A former senior FDA official told STAT News that the issue is causing an internal rift in the FDA itself, with Gottlieb making a lame-duck push toward CBD regulation, while others in the agency support a heavier opposition to the burgeoning industry instead.

The former staffer described the issue as a “bumblebee at a Memorial Day BBQ.”

“Everyone wants to ignore it and just hopes it doesn’t land on them and sting them,” the former staffer wrote.

Why This Hearing Is Finally Happening

The hearing on May 31 was spurred by the need to resolve two key problems that have accompanied the CBD industry’s rapid growth: what kinds of products are permitted to be sold, and how can consumers be assured of their safety?

When the federal government abruptly legalized hemp-derived CBD, the decision left states and regulatory agencies scrambling to catch up. Ultimate authority was left to the FDA, whose power was derived from section 351 of the Public Health Service Act and, perhaps more importantly, the Federal Food, Drug and Cosmetic Act (FD&C ACT).

Further complicating matters is the FD&C Act, which has presented a challenge for the thousands of self-regulated CBD supplements currently on the market, whose health claims have not been verified to the standards set by the single CBD-based medication to earn the FDA’s approval, an anti-seizure medication known as Epidiolex.

According to the FD&C Act, any dietary supplement which shares the same active ingredient as an FDA-approved drug must navigate the same regulatory pathways. If other CBD-based products aren’t held to the same standards as Epidiolex, the agency is concerned that dietary supplements used to treat serious conditions will “forgo research that might support approval through the FDA’s drug review process, which could potentially lead to important safe and effective therapies,” as Gottlieb said in his April 2 statement.

Gottlieb pointed to two harm-reduction strengths of the process — uniform dosing and risk management. If some of the more significant claims surrounding CBD are able to be confirmed in a clinical environment, as was the case for Epidiolex and its treatment of seizures associated with Lennox-Gastaut and Dravet syndromes, it’s likely that drugs containing CBD would be widely prescribed by doctors. To do so safely, they would need precise dosage recommendations and strategies for managing potential risks (for example, some studies have associated high doses of CBD with liver disease).

Guaranteeing the quality of products (to say nothing of the health of consumers) has become an all-but-impossible task in the current environment — one recent lab analysis of popular CBD products found “insanely high levels” of toxic solvents and other industrial chemicals in many items, according to Business Insider.

It’s become apparent to even the most vocal CBD advocates that change is needed — and fast. As National Organization for the Reform of Marijuana Law (NORML) Deputy Director Paul Armentano commented in advance of the hearing, “This retail market is far too large to remain unregulated, and this lack of regulation is leading to a variety of problems … There exists significant confusion within the marketplace, as well as among state regulators and law enforcement, with regard to whether these products are legal or illegal.”

What to Expect From the Hearing

Safety and implementation underlie most of the FDA’s concerns in devising a regulatory structure for CBD. With that in mind, the agency is seeking to cast a wide net for information related to these topics during the upcoming hearing.

As Gottlieb said, “We’re seeking comments, data and information on a variety of topics including: what levels of cannabis and cannabis-derived compounds cause safety concerns; how the mode of delivery affects the safety of, and exposure to, these compounds; how cannabis and cannabis-derived compounds interact with other substances such as drug ingredients.”

For example, one major safety concern that has emerged is the risk of liver disease associated with progressive exposure to CBD. Elevated levels of CBD have been linked with elevated numbers of liver enzymes, as well as harmful changes to the metabolism. As some of CBD’s medical applications require high doses, this is an issue that needs to be resolved before treatments are prescribed to potentially vulnerable populations.

Another point the FDA hopes to address is whether research will be negatively impacted by allowing universal market access to CBD products. A correlated worry is that widespread availability of CBD products will encourage patients to replace FDA-vetted medical treatments with “off-label use” of such products.

The takeaways from the hearing will be evaluated by an FDA working group co-chaired by Principal Deputy Commissioner Amy Abernethy and Principal Associate Commissioner for Policy Lowell Schiller. The working group is also gauging the possibility of creating “more efficient and appropriate pathways than might be available under current law.”

Its findings will be shared with the public as early as this summer.

Should the FDA decide that all CBD-infused foods and dietary supplements must be approved through a process similar to Epidiolex, it would likely signal the end of many small operations, such as mom-and-pop bakeries selling CBD edibles. In fact, some small business owners have suggested that this might be the desired outcome of pharmaceutical companies and other big businesses, as their smaller competitors would be unable to meet the financial burdens of compliance. Consumers would likely be faced with a smaller range of choices and, if recent trends are any indication, a swift hike in prices.

It’s unclear how quickly such changes would take effect, though Gottlieb’s comments indicate they would not be swift.

However, Gottlieb has also stated that “pathways remain available” for CBD foods and dietary supplements to be permitted under a special regulation that wouldn’t entail such rigorous demands, though this would depend on strict compliance with all other requirements from the FD&C Act. This arrangement would likely eliminate many of the more unscrupulous actors currently plaguing the CBD industry, while still ensuring the viability of small-scale enterprise.

The latter option remains preferable to many consumer advocates who, like NORML’s Armentano, point to three key issues that should be addressed — the legality, quality, and manufacturing standards of CBD products. Setting clear expectations for the current gray market of commercial CBD, Armentano said, will help bring it to full legal maturity.