The 2018 Farm Bill Was Supposed to Be Huge for Hemp. But Has It? 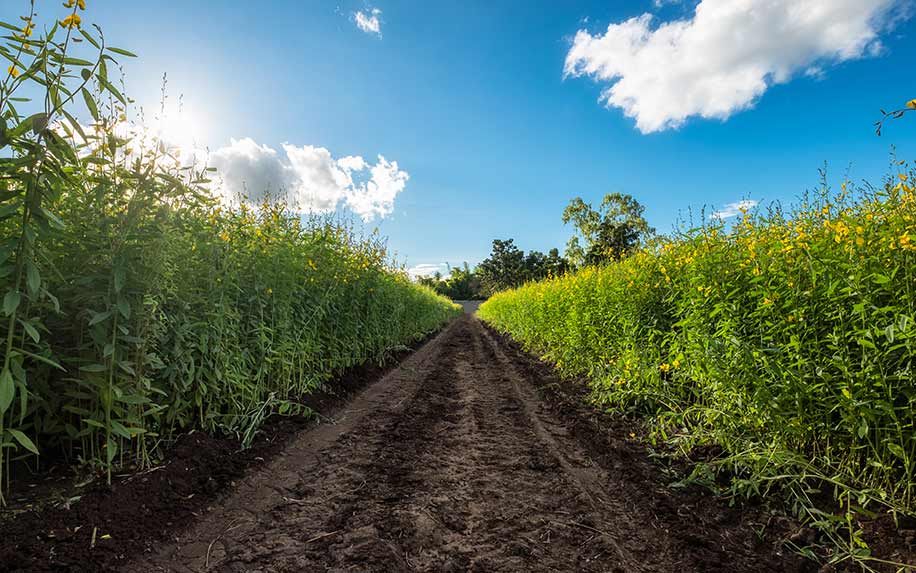 The Farm Bill has made a large impact surroung the cannabis plant and CBD, but what aboutt he hemp plant? Image Credit: By Mumemories on Shutterstock

Following the passage of the Farm Bill in 2018, both hemp farmers and the hemp industry as a whole were supposed to enjoy a huge boost as the plant became the United States’ next big cash crop. With federal law on the side of industrial hemp production, and cannabidiol (CBD) products poised to become an ever-growing driver of the industry, the stage seemed set for a renaissance.

But nearly four months later, hemp plants haven’t become the agricultural commodity that was promised. This slow uptake has also checked the rapid investment into the sector that was the entire point of the exercise. With some legal and logistical conflicts still to be resolved, it might still be some time yet until the 2018 Farm Bill delivers on its potential.

What the Farm Bill Said About Hemp

When President Trump signed the Farm Bill into law, it legalized hemp cultivation and hemp products, defining hemp as a cannabis plant with less than 0.3 percent tetrahydrocannabinol (THC). This was the culmination of a legalizing roadmap which started with the 2014 Farm Bill’s pilot programs in hemp cultivation and later set the framework of a nationwide industry by legalizing hemp’s transport across state borders.

Another structural measure established by the Farm Bill is tandem regulation between the U.S. Department of Agriculture (USDA) and its counterparts at the state level. This allows either for states to set the licensing and regulation requirements for the hemp industry (subject to USDA approval) or for them to opt out of the process and rely on the USDA for regulation. This shared approach is common in other fields, such as in healthcare with the Affordable Care Act and state marketplaces.

Hemp research, which had received some legitimacy with the 2014 Farm Bill, was further strengthened in Section 7605 of the Farm Bill, while Section 7501’s introduction of hemp into the Critical Agricultural Materials Act gives researchers even more flexibility in research applications, which lawmakers on both sides of the aisle have demanded.

The Farm Bill also sought to normalize hemp, affording it the protections of other types of agricultural production. One important protection is enumerated in Section 11101, which extends the 1980 Federal Crop Insurance Act to hemp farmers. The law allows hemp farmers to take out insurance against any unexpected crop losses incurred during a normal production cycle, such as loss due to forest fires, droughts or other environmental impacts.

The legislative package also dealt with the stigmatized nature of hemp due to its association with marijuana. Section 12619 removes hemp-derived products from Schedule 1 of the Controlled Substances Act, although that didn’t quite put CBD above scrutiny, dealing another blow to an industry already struggling with a lack of regulatory clarity.

The Boom of the Hemp Industry?

Coupled with federal recognition of the CBD-based drug Epidiolex, hemp was said to be headed for a boom. A Forbes article published at the time of the Farm Bill’s passing quoted the number of industrial hemp-based goods at over 25,000 products globally, including automotive parts, furniture, textiles, food, beverages, beauty products, and construction supplies. The acreage devoted to hemp cultivation in the U.S. rose in correspondence to this opportunity, from 23,343 acres nationwide to 77,000 acres. Imports of the plant had also been shaved by nearly $11 million off a record high of $78.1 million in 2015.

The turn to hemp is also a move toward a more sustainable harvest for U.S. farmers. The bipartisan support for the 2018 Farm Bill was largely due to Senate Majority leader Mitch McConnell’s support for hemp. The senator has been a long-time supporter of hemp, believing it could become a substitute for the traditional cash crop of his home state of Kentucky, tobacco. The Bluegrass State is among the nation’s leaders in hemp research, with one company recently announcing it had developed a THC-free strain.

Others believe that a strong hemp sector could buttress against a dip in the fortunes of other flagging industries like dairy, climate change effects and shifts in export markets. Hemp is a highly versatile and sustainable plant that doesn’t need as many pesticides or as much water as other crops. It is also more frost resistant, so it can be grown in broader geographic areas.

Brent Cornett, a Kentucky farmer who has gradually been replacing tobacco with hemp in his fields, said, “There’s been plenty of challenges with a new crop, but as of today, a mediocre hemp crop is yielding a better return than an excellent tobacco crop.”

The Farm Bill also swung a hemp-centric focus onto CBD, with farmers breeding hemp that has more CBD content. Estimates of CBD’s future potential swing wildly — from market estimates of $1.3 billion in 3 years to up to $22 billion — but all seem sure that CBD sales will continue to grow. At the time of the Farm Bill’s signing, since-resigned Food and Drug Administration (FDA) chief Scott Gottlieb announced that his agency would seek to create “pathways” for CBD products to gain FDA approval.

And with the lifting of restrictions on interstate hemp transport, a major obstacle to hemp catching on in new places across the US was also removed. The Farm Bill’s rules on freedom of movement theoretically allow growers in a state like North Dakota, which has just five hemp processors, to transport their crops to Oregon, which has more than 150 licensed processors.

“While the new provisions allow states to adopt their own plans for regulating hemp, no state can prohibit the transport of hemp across its lines,” Shawn Hauser, chair of the hemp and cannabinoid group at Denver’s Vicente Sederberg law firm, said to MJBizDaily at the time of the Farm Bill’s passage. “There’s an express protection in the final language prohibiting interference with interstate transport, regardless of what kind of plan states choose to adopt.”

Backlash and Confusion About Hemp’s Legality

Still, law enforcement doesn’t yet seem to know what to make of hemp. The Farm Bill’s protections on interstate transport didn’t help Andrew Ross, owner of hemp transport business Patriot Shield Security, who is now facing 18 years to life in Oklahoma after he was arrested in January while providing security for 18,000 pounds of state-certified hemp with a value of nearly $1 million on the way from Kentucky to Colorado.

But the officers who made the stop tested the shipment and found it contained THC, and then arrested Ross and three others accompanying the shipment. The standard-issue field tests they were using can detect the presence of THC, but not in what quantity.

This case, and a similar one in Idaho, prompted the Oregon Department of Agriculture to issue a formal warning to hemp growers not to ship their crop across state lines. Hemp is still illegal in Idaho, although the state is considering new legislation that would let shipments pass through safely.

“It’s the greatest example of the cart being put before the horse that I’ve ever thought of,” said Grant Loebs, a member of the board of directors of the Idaho Prosecuting Attorneys Association, which has demanded better testing.

Hemp-derived CBD has encountered similar resistance from a regulatory infrastructure not prepared to handle its sudden growth. The FDA hasn’t yet issued guidelines on approval for products containing CBD, which they claim is partly due to conflicting federal laws and partly due to the amount of time their rule-making process takes.

In the interim, local authorities are enforcing the FDA’s prohibition on CBD-infused food and drink. Even as the industry continues to grow, it seems that many are lying in wait to see how things eventually shake out.

What Comes Next for Hemp?

After FDA chief Gottlieb’s March 5 resignation, prospects for CBD regulation looked to be in doubt. But things have since stayed on schedule, with a May 31 public hearing on CBD recently announced that should shed more light on the possibility of a robust CBD-infused food and drink sector. The agency has also invested in a working group to explore regulatory possibilities for CBD.

Texas, Indiana, and Idaho are all working on new state laws dealing with hemp, just the sort of state action the Farm Bill envisioned. In Texas, as of April 5, hemp is no longer classified as a Schedule 1 drug. Other bills under consideration seek to follow the lead of the Farm Bill, in letting hemp be cultivated and its possession decriminalized.

Indiana recently approved a bill that will create a regulatory commission for hemp farmers, which will work with the state’s seed commission in giving them licenses. Up till now, only a few groups could legally farm hemp in the state.

Meanwhile, Idaho is working on its own legislation that recognizes its role as a thoroughfare for hemp. The legislation will allow the transport of hemp and hemp-derived CBD across state lines, while keeping it illegal in state.