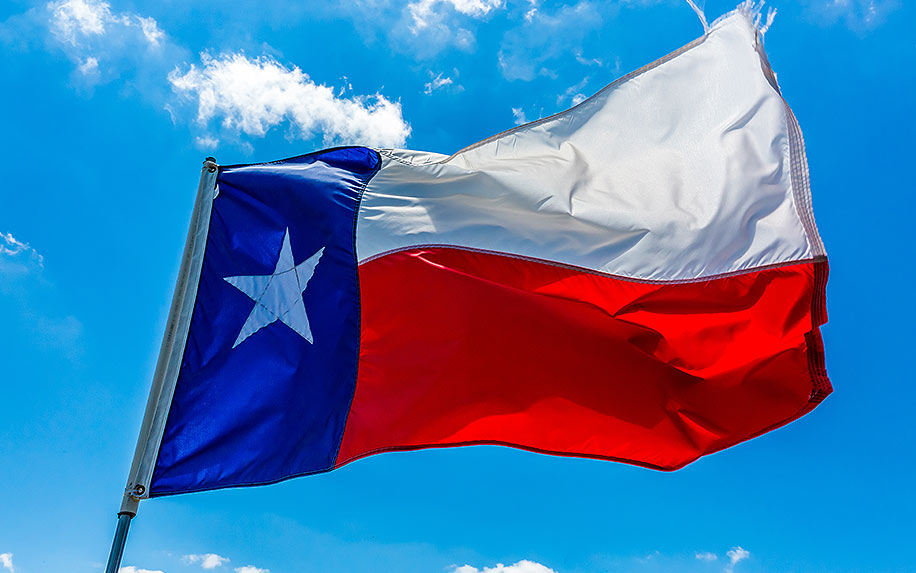 Patients have complained that Texas’ medical cannabis program was so limited, it was essentially non-existent. Image Credit: By Richard A McMillin on shutterstock.

In the Lone Star State, whose previous medical cannabis regime was so restrictive that cannabis advocacy groups didn’t even consider it a valid program, the bill recently signed into law by Gov. Greg Abbott (R) could be seen as a victory for cannabis reform. HB 3703, which became law on June 14, significantly expands the qualifying conditions of the Compassionate Use Act of 2015, making nearly one million people in the conservative state eligible for medical cannabis.

Still, many feel it didn’t go far enough. Upon the bill’s unanimous passage in the state Senate, pro-cannabis advocacy group Texans for Responsible Marijuana Policy director Heather Fazio said that the bill “does little to fix problems with the existing Compassionate Use Program.”

Texas NORML’s executive director Jax Finkel said, “Many more patients are still being left behind, however, and will now have to wait until the next legislative session in 2021 for their next opportunity to find relief.”

Like many in the country, Texans started the year optimistic that 2019 would be a turning point in the state’s relationship with cannabis. The recently-passed bill, which marked the first time since 1973 that Texas lawmakers voted to reduce cannabis penalties, even received advance support from Abbott, who said that he was “open” to the idea of reducing criminal penalties for low-level cannabis possession during a 2018 debate.

Later, when a bill which did exactly that was passed in the state House by a vote of 103-42, Abbott didn’t veto it. However, even with Abbott’s blessing, hopes of cannabis advocates were soon dashed — a pattern that has become familiar.

In that case, it was Lt. Gov. Dan Patrick who acted as a bulwark against cannabis reform, saying, “I join with those House Republicans who oppose this step toward legalization of marijuana.” His stance reflects the viewpoint of the state’s most conservative Republicans — but not the majority of Republicans in general, two of whom sponsored HB 3703.

Despite the setbacks and inter-party tension, cannabis legalization does appear to be gaining momentum in Texas. Gov. Abbott’s own stance has seen an evolution, albeit a gradual one, which is reflected in an improvement of his NORML rating on cannabis reform from “D-“ to “C-.” Days before signing the medical cannabis bill, Abbott signed a bill formally legalizing hemp production and CBD products in Texas. Yet every victory thus far has come with a significant catch, and many advocates of legalization are growing frustrated with the slow pace of change.

For years, patients and their advocates had complained that Texas’ medical cannabis program was so limited that it was essentially non-existent. Before HB 3703, the only condition covered by the state’s Compassionate Use Program was intractable epilepsy. After the bill’s passage, the program covers all forms of epilepsy, seizure disorders, autism, terminal cancer, Parkinson’s, and some other conditions.

The cannabis oil allowed by the program must contain a maximum of 0.5 percent THC, barely above the amount allowed in hemp.

The bill’s passage came at the expense of the wider-ranging HB 1365, which also enjoyed a wide base of state House support. HB 1365 would also have covered PTSD, chronic pain relief (the most common reason people use medical cannabis around the country), and nausea related to certain conditions, in addition to the illnesses covered by the bill which was adopted.

The Senate’s version of the bill lost some of the major changes brought by its original sponsor Rep. Stephanie Klick, who was also the sponsor of the Compassionate Use Act. In Klick’s version, oversight of the expanded medical cannabis program would transition to the state health department from the policing authority which currently manages the program — an unusual arrangement in states with medical cannabis programs. The pre-Senate version would also have allowed for expanded cannabis research to explore its suitability for treating more conditions.

HB 3703 passed Senate despite the noise out of Patrick’s camp before the vote. A spokesman described him as “wary of the various medicinal use proposals that could become a vehicle for expanding access” to marijuana in Texas.

There was also concern on the pro-reform side, but ultimately lawmakers for expanded medical cannabis access put their support behind the bill. State Sen. José Menendez said that HB 3703 “is not the bill I would like to see on this floor. I would like to see a different bill — today is not that day.”

In arguing for HB 3703, he stressed the need to avoid letting “the perfect get in the way of the good.”