Now That Cannabis Is Legal, How Will Canada Handle Past Convictions? 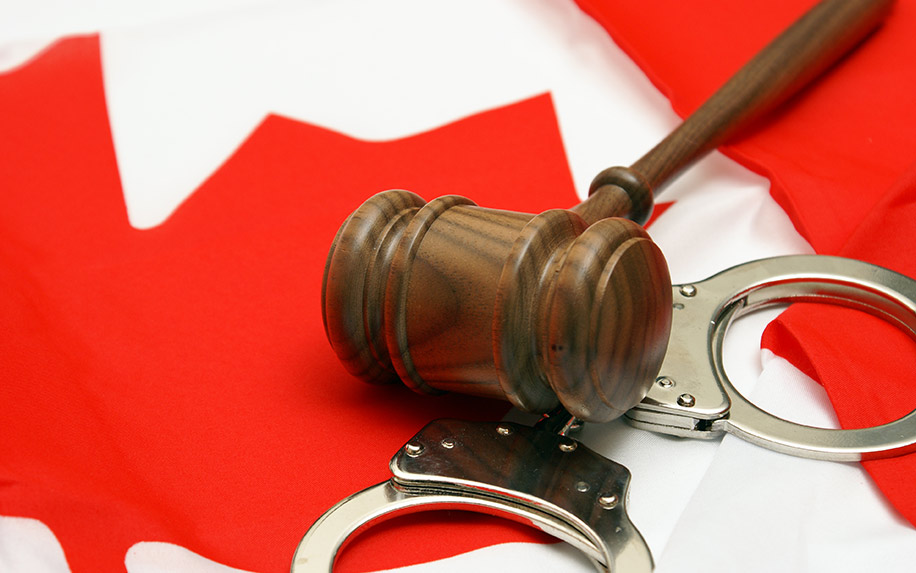 Will Canada handle past cannabis convictions now that it's legalized? Image Credit: By Matt Benoit on Shutterstock

Pardons were on the horizon the moment that cannabis legalization hit Canada on October 17, 2018, when it became one of the first countries in the world to legalize the plant. That same day, Prime Minister Justin Trudeau’s Liberal government also announced a plan to pardon some convictions which had been enforced prior to the decision — a promise which arrived on March 1, 2019 in the form of a proposed amendment to Canada’s Criminal Rights Act, Bill C-93.

Since many in the United States (especially those in the criminal justice community) look to Canada as an example of what the future of cannabis legalization might look like, the move was initially greeted with great interest and enthusiasm. Since then, however, it’s proved to be a more complicated process than first thought.

The Argument for Erasing Past Convictions

Few Canadian politicians disagree with the basic argument that now that cannabis in Canada is legal, small-time offenders at the bottom of the black market supply chain shouldn’t suffer because of their timing. The bill tabled at Canada’s House of Commons on March 1 would grant pardons for around 70-80,000 of the 400-500,000 Canadians with prior cannabis convictions.

If passed, Bill C-93 will waive the $631 CAD fee normally charged to apply for a pardon, and the 5-10 year waiting period for a pardon will also be eliminated.

“We believe it’s good public policy to remove roadblocks to the successful reintegration of previous offenders who have fully served their sentences, especially after such major renovations in the laws as occurred with C-45 [the Cannabis Act] last fall,” he said.

But many in the discussion have levelled more specific criticisms against Bill C-93, saying that it doesn’t go far enough. A rival political faction, the New Democratic Party (NDP), has argued that the expungement of previous convictions is the correct move for future legislation.

Pardons require effort on the part of the person affected, while an expungement could be applied to the records of previous offenders without any action — a potential difference-maker in terms of accessibility. In addition, pardons can be rolled back by future administrations, and can still be seen on a person’s record. This could affect an individual searching for a job or housing, or trying to cross the border with the U.S.

What Canadian cannabis advocates are fighting for at this point is a more complete amnesty for these prior convictions. One category not covered by Bill C-93 is cannabis sales offenses prior to the “green rush,” which has seen private retailers and cannabis retail stores — even online sales — flood into the market now that cannabis products are legal in Canada (though many dispensaries are still facing supply shortages).

Jack Lloyd, a Toronto-based cannabis law expert, told CBC, “There are people in custody with serious charges relating to cannabis. That’s the question here. The Liberals were elected on the idea they were going to legalize this substance, but they never removed mandatory minimums for production and certain trafficking offences. It’s very questionable why they would keep mandatory minimum sentences and force people to go to court to challenge them, which has been done successfully in British Columbia and Ontario.

“But why do that? Lots of questions remain. This is the smallest of steps the government could take. There is so much more they could be doing.”

Akwasi Owusu-Bempah, the director of research at conviction forgiveness non-profit Cannabis Amnesty, has argued for expungement on the basis of minorities having taken a disproportionate share of conviction charges. He compares the government’s pardon plan with its previous handling of the criminal records of LGBTQ people convicted of crimes that have now been termed “historically unjust.”

VICE analyzed statistics of cannabis possession arrests between 2015 and 2017 and found in some cases that black people were 5 times as likely as white people to be arrested, while indigenous people were charged as frequently as 9 times the white rate.

Owusu-Bempah said, “The pardon is an indication from the government that it forgives you for having done something wrong, whereas an expungement is the government acknowledging it was wrong to criminalize an activity or a behavior in the first place.”

Goodale has previously said that the government sees same-sex convictions as a “fundamental injustice” in a way that marijuana possession convictions are not.

“The laws with respect to cannabis that have existed historically we believe are out of step with current mores and views in Canada, but are not of the same nature as the historic social injustice that was imposed in relation to the LGBTQ community,” he said.

With recent studies showing that Canadian cannabis legalization hasn’t led to an increase in use (or any major social problems, for that matter), it seems that the next step is ensuring justice for those who fell between the cracks of the system.