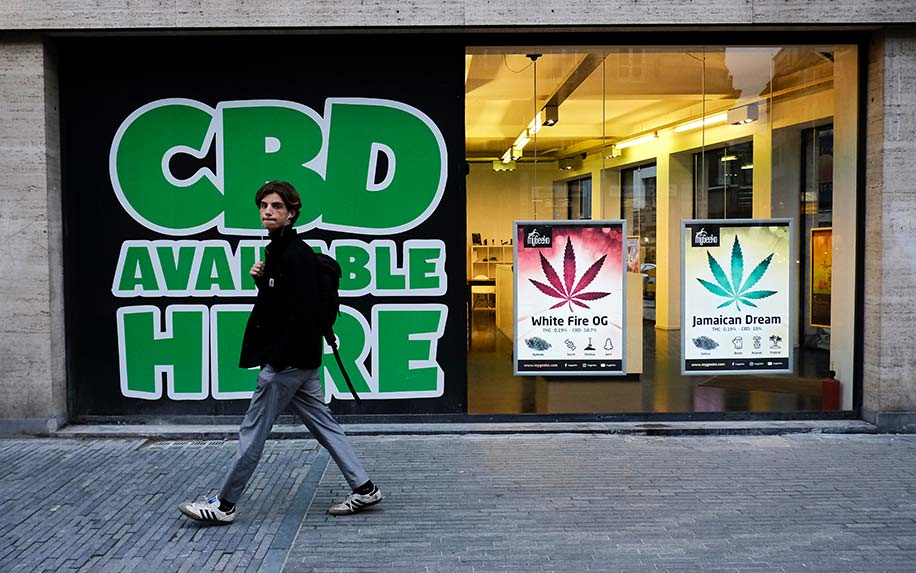 After a period of uncertainty surrounding CBD edibles, New York City has officially banned them — and its decision could force other states and cities to choose between continuing to wait for the Food and Drug Administration’s (FDA) long-overdue regulation, or to forge their own paths in defiance of federal authorities.

New York’s evolving relationship with CBD edibles is a microcosm of the nationwide uncertainty about their legal status. When the 2018 Farm Bill legalized hemp and its products, state officials gave their blessing to tea and chocolates infused with CBD. But as the FDA began to broadcast misgivings about CBD-infused food and drinks, the New York City Department of Health followed its lead, embargoing CBD edibles at several local eateries (though anecdotal reports suggested other establishments were able to continue selling them without consequence) until a decision on the matter could be reached.

That decision has finally come: The NYC Department of Health recently codified its uneven enforcement with a formal embargo on CBD edibles that started July 1, as reported in the New York Post, and will issue fines for establishments not in compliance starting October 1. Although the fines will be relatively light, ranging between $200-$650, the potential loss of inventory and increased attention from health authorities is likely to discourage businesses from selling infused food and drinks, despite the massively lucrative demand for them.

Some believe that the FDA’s reaffirmation of its stance against CBD edibles at its May 31 public hearing on CBD helped guide the department’s decision.

“People had hoped that the FDA would change its tone, but when it didn’t that cued state regulators on what approach to take in dealing with CBD,” Zach Bader, producer of the upcoming USA CBD Expo trade show, told the New York Post. “Most businesses are selling through their inventory while some outliers will continue to sell those products.”

Will More States Be Skittish About Missing CBD Trend?

Rather than wait for the FDA to authorize the sale of CBD edibles — which former commissioner Scott Gottlieb had said could take a minimum of three years — some states have decided to issue their own regulations aimed at encouraging the sale of certified products while curbing the misleading claims and contaminated products that have cast a shadow over the CBD’s industry’s astronomical growth. In theory, these laws protect consumer safety while also giving local businesses a chance to take advantage of the public’s seemingly insatiable thirst for all things CBD-infused.

For example, Colorado took proactive measures to ensure the legality of CBD edibles with 2018’s House Bill 1295 — the “hemp foods bill” — which created a registration system for CBD edibles and other products, clearly legalizing them under state law.

Veronica Carpio, founder of hemp industry group Grow Hemp Colorado, told Westword that the bill “provides both clarity and protections for our existing and rapidly expanding hemp industry here in Colorado … Hemp products, like CBD, tincture, etc., would be defined as food — not a drug, not illegal, adulterated or mislabeled, and not a public health or safety concern.”

When the 2018 Farm Bill legalized hemp and its products, it created inconsistencies between federal and state law for most of the U.S. Colorado managed to stay ahead of such issues with this legislation, taking the same state-first approach to CBD as it has taken to cannabis. Carpio sees this as the way forward to ensure the Farm Bill’s goal of building a legitimate hemp industry throughout the country, regardless of how long the FDA takes to get its act together. “The hope is for all the other states to adopt the bill’s language,” she added.

Or Will States Follow FDA’s Lead on CBD Edibles?

While the Farm Bill legalized hemp and its products, it explicitly gave the FDA control over their future regulation as food additives or dietary supplements. And since March at least, the agency has been clear regarding its concerns about CBD edibles and its plans to regulate them. This has led New York and a number of other cities and states to make highly public displays of compliance in an effort to avoid potential confrontations with federal authorities.

As the FDA reiterated in a June statement, “We are aware that there may be some products on the market that add CBD to a food or label CBD as a dietary supplement. Under federal law, it is currently illegal to market CBD this way.”

Rather than risk breaking this law, places like Los Angeles, Atlanta, Ohio, Maine, and North Carolina have all taken the FDA’s guidance to heart in issuing their own bans on CBD-infused food and drink in recent months — despite the fact that several of them had already broken federal law by legalizing cannabis in the first place. Yet until the FDA issues a decisive judgment on CBD edibles, these city and state governments have chosen to play it safe this time, and the decision of New York (a city known for its embrace of controversial policies) to follow suit could lead other risk-averse municipalities to do so as well.

In the meantime, small CBD businesses across the country are left hanging in limbo. One store with branches in both cannabis-decriminalized New Hampshire and cannabis-legal Vermont pulled all of its CBD edibles from circulation in June after a notice from the New Hampshire Liquor Commission which said that CBD is “is not allowed to be added to food.”

“There’s a lot of gray area,” the store’s spokesman told the local Valley News. “We’re just trying to go with what we understand.”