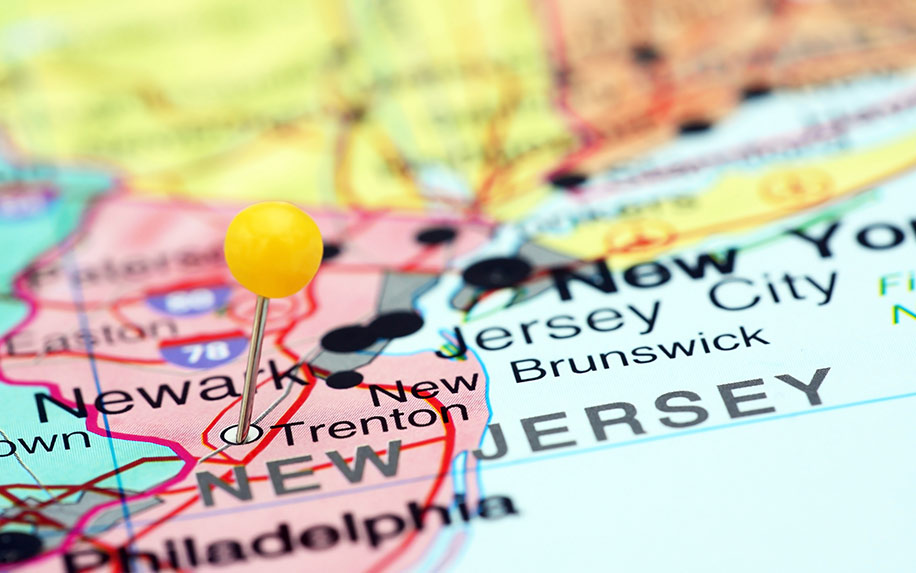 Voters in New Jersey will decide on cannabis legalization in 2020. Image Credit: By Dmitrijs Kaminskis on shutterstock.

Following a failed attempt to legalize recreational cannabis through the state legislature, New Jersey lawmakers have announced that the decision will be put to the public in a referendum to be held in November 2020.

With its medical cannabis program that was due for imminent expansion, New Jersey has had strong public support for legalizing recreational cannabis as well. But despite the efforts of the state’s top Democrats, legalization has been delayed once again.

However, the expansion of the state’s medical cannabis program is expected to continue as planned, according to a report from NJ.com. The new bill would allow a significant rise in the number of registered providers across the state, as well as the creation of a regulatory commission which would replace the state Department of Health as the administrative body for the industry. The state is also considering a bill that would expunge the records of those convicted on minor counts of possession. These changes have been welcomed, but the push for recreational cannabis persists.

The president of the New Jersey state senate, Stephen Sweeny, has shared his disappointment after his attempts to collect votes supporting a recreational cannabis bill failed. “I’m disappointed,” he said. “We did our best [but] the votes just aren’t there.”

Now, the state’s prospects for cannabis legalization lie in the hands of the public. Voters will decide in November of next year on whether or not they want to see the drug legalized via a state referendum. “If you believe any of the polls, we’ll be successful,” added Sweeny. But not everyone is so convinced.

A Monmouth University poll recently found that 62 percent of New Jersey residents are in favor of legalizing the drug, a significant increase from the 48 percent of residents who supported similar moves five years ago. Furthermore, 75 percent of those surveyed support the removal of past convictions for the possession of small amounts of the drug.

“A major reason for public support of the current proposal is the expectation it will boost tax revenues,” said Director of the independent Monmouth University Polling Institute, Patrick Murray. “The pressure is on, with nearby states also looking into legalization. New Jersey will need to stay ahead of the curve if it wants to maximize the expected economic benefits,” he said.

Murray believes many of those surveyed are concerned that the regulation of the drug would pose problems for citizens. “We find widespread public support for legalizing marijuana, but the devil is in the details. A question mark for some New Jerseyans is whether the state can set up an adequate regulatory system,” he said. This isn’t surprising given the widespread issues with cannabis industry regulation in both America and Canada, where recreational and medical cannabis are legal nationwide.

Local police departments have also expressed mixed feelings regarding legalization. Some are concerned that legal cannabis could serve as a gateway drug — as one police chief told WNYC, “I’ve been to opioid overdoses eight times since I’ve been chief, [and every] time there’s marijuana present. And every drug counselor would say that everyone started with marijuana.” However, this theory was debunked by a 2017 study from the Drug Policy Alliance that found “the vast majority of people who use marijuana do not go on to use other illicit drugs.”

The decision to put the question of legalization to voters isn’t unique to New Jersey. Of the 10 states where recreational marijuana is available, all but one (Vermont) have followed the same tact. The polling date won’t be announced for some time, but it’s likely that in the year ahead the state will see campaigns advocating for both sides of the debate, upping the ante in a bid for public support.