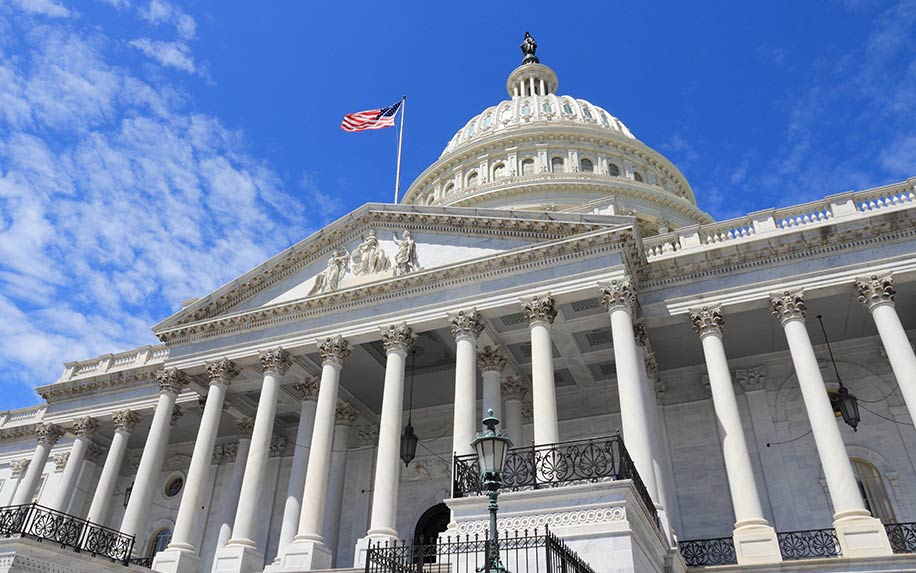 The cannabis industry is currently worth billions of dollars so making it legal on a federal level seems inevitable. Image Credit: By Tupungato on shutterstock

A comprehensive proposal to legalize cannabis at the federal level has been submitted to the U.S. Senate, spurred by the growing public consensus that the plant should no longer be subject to government prohibition.

Sen. Ron Wyden (D-Ore.) introduced the Marijuana Revenue and Regulation Act (S. 420) as part of an effort to “responsibly legalize, tax, and regulate marijuana at the federal level.” The act, which was also submitted to the House of Representatives by Rep. Earl Blumenauer (D-Ore.), has been given the designation of S. 420, in a less-than-subtle nod to cannabis culture.

According to a press release from the U.S. Senate Committee on Finance, S. 420 is part of a three-bill legislative package, known as the Path to Marijuana Reform, that is intended to “preserve the integrity of state marijuana laws and provide a path for responsible federal legalization and regulation of the marijuana industry.” The other bills are designed to help reconcile federal and state policies regarding cannabis, and to protect businesses in the cannabis industry from being subjected to unfair taxes.

Wyden and Blumenauer pulled no punches in their proposal. “The federal prohibition of marijuana is wrong, plain and simple. Too many lives have been wasted, and too many economic opportunities have been missed,” said Wyden.

His stance was echoed by Blumenauer, who said, “The American people have elected the most pro-cannabis Congress in American history and significant pieces of legislation are being introduced…. [and] we will break through.”

The executive summary of the Path to Marijuana Reform states that the cannabis industry is expected to generate almost 300,000 jobs in the next year, which will help the industry grow to over $26 billion by 2025. According to the summary, 95 percent of Americans already have access to some form of legal cannabis, though it paradoxically remains illegal under federal law.

While the Path to Marijuana Reform is the most ambitious — and potentially most influential — piece of cannabis legislation currently being considered in the United States, it’s certainly not the only one. More than 590 bills related to cannabis were submitted to state and federal legislators in 2018, and nearly 600 more have already been proposed this year.

Cannabis legalization has received strong support from both Republican and Democratic lawmakers. Rep. Matt Gaetz (R-FL) has submitted a bill that would greatly ease restrictions on cannabis research, and 2020 presidential hopeful Sen. Kamala Harris (D-CA), a former prosecutor, has spoken openly about her own cannabis use, saying “it gives a lot of people joy” and that “we need to legalize marijuana.”

Changes to cannabis laws are also happening at the international level. The World Health Organization recently recommended relaxing global cannabis laws, and many influential politicians and business leaders from around the globe have been vocal — and public — in their support of cannabis legalization.

While it remains to be seen whether these proposed changes to cannabis policy will actually take effect, all signs seem to suggest that 2019 will mark a major turning point in the way the world thinks about cannabis.