Is It Legal to Fly With Medical Cannabis? 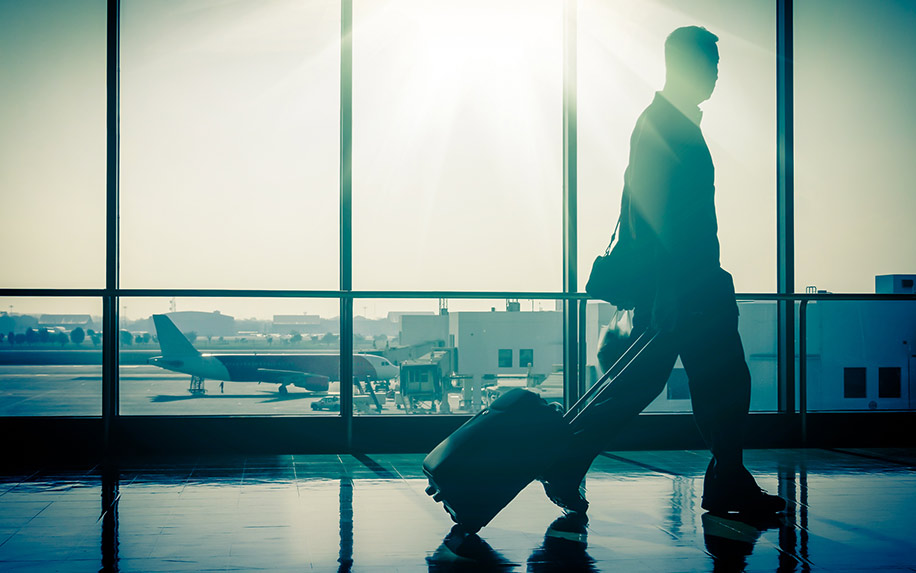 If you're taking medical cannabis for treating an aliment it's worth your while looking into the rules about cannabis and travel. Image Credit: By View Apart on Shutterstock

In the United States, medical cannabis is now legal in 33 states, four territories, and the District of Columbia. However, it’s still illegal to fly with it — at least according to federal law. In practice, though, things aren’t so clear. That’s because flying with medical cannabis falls into the same overlapping gray zones of jurisdiction and discretion that make American cannabis policy so confusing.

To (attempt to) make sense of it all, you’ll need to navigate the labyrinth of federal and state laws that govern our airports and airspace.

Flying From a State Where Cannabis Is Legal

In this scenario, you head to the airport of a state with legalized cannabis, your medical marijuana card in hand, along with the maximum amount permissible under state law. You’re flying domestically to a state where medical or recreational cannabis is legal — and definitely not to a place like Japan, where a simple possession charge can rate five years in prison.

The first gray zone you encounter are the airport premises. Theoretically, you could get in legal trouble just for bringing cannabis into the parking lot, as the fact that it is illegal under federal law supersedes state law. But the way that airports are policed can make flying with medical or recreational cannabis little more than a minor, time-consuming hassle.

If you’re in a state where cannabis is legal in some form, you should ask about the airport’s specific by-laws. While it’s legal to possess cannabis at Massachusetts’s Logan International Airport and California’s LAX, it’s illegal to possess on the premises of Colorado’s Denver International Airport — which is important when you get to the next gray zone, the security screen.

Here, you’ll be greeted by the Transportation Security Administration’s (TSA) rather confusing cannabis policy. Since the TSA is a federal agency, when you reach the security checkpoint you’re entering into federal jurisdiction. The catch here is that TSA officers are focused on identifying terrorist and security threats to aircraft and passengers, and if they find cannabis on a traveler or in their checked baggage, they are directed to handle it in the same way they would handle other controlled substances and illegal drugs: i.e. by referring the matter to a law enforcement officer.

Technically, you could be arrested by federal law enforcement, with a risk of one year in jail and a minimum fine of $1,000 for first time offenders. But as the Boston Globe reports, this is surprisingly unlikely. The FBI is focused on larger criminal enterprises, the Federal Air Marshal Service is focused on terrorism (and told the Globe it would refer cannabis violations to local law enforcement), and the DEA didn’t respond to inquiries. Practically, authority rests in the hands of the state.

This is where policy in legalized states gets fuzzy. A Massachusetts State Police spokesman told the Globe about one incident where the TSA actually called local law enforcement about a minor possession charge. The State Police determined that the amount was under an ounce, and bounced authority back to the TSA. There was no record of what happened with the cannabis in question.

However, a police spokesman in California said that, if a person wanted to travel with under an ounce of cannabis, they wouldn’t stop them.

“We don’t have the power to enforce the federal law,” he told the Globe.

There are no guarantees that your experience would be this smooth, but if you really need something to take the edge off your flight anxiety, this is certainly encouraging news.

Deciding to Fly With Cannabis

Sometimes, the choice to fly with medical cannabis isn’t made out of convenience. For the mother of a medical marijuana patient who suffers from severe seizures mitigated by cannabis oil, it was an act of necessity.

When Charlotte Caldwell, a 50-year-old woman from Northern Ireland, declared the six-month stash of cannabis oil she had picked up in Toronto to border officials in London, they confiscated the supply. Medical cannabis is mostly illegal in the U.K., except for the cannabis-based drug Sativex, used in the treatment of multiple sclerosis.

In the outcry over this and similar cases, the British government announced that was taking steps to lift its ban on medical cannabis. This led to a change in regulations a few months later — though its status in the UK is still in flux.