Illinois Out to Quell Racial Disparities in Cannabis 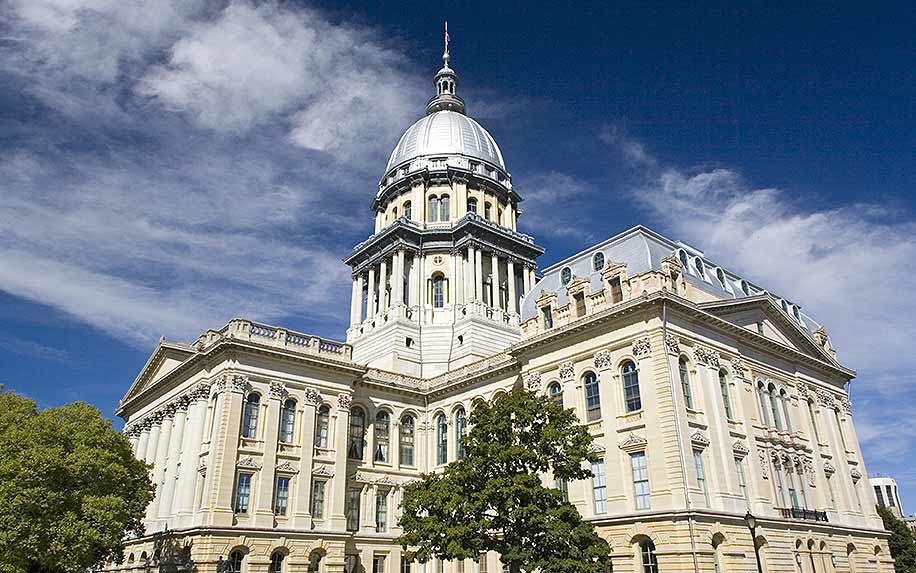 81 percent of owners and founders of legal cannabis businesses are white, while only 4 percent are black.Image Credit: By Henryk Sadura on shutterstock.

When Illinois Gov. J.B. Pritzker congratulated his state for becoming the first in the United States to legalize commercial cannabis sales through an act of legislation, he did so with an emphasis on the bill’s unique approach to social justice.

“The state of Illinois just made history, legalizing adult-use cannabis with the most equity-centric approach in the nation,” his statement read. “This will have a transformational impact on our state, creating opportunity in the communities that need it most and giving so many a second chance.”

The bipartisan bill, passed May 31, has been seen as the first manifestation of the next wave of cannabis legalization, where the main question is no longer about whether or not to legalize but more about how to ensure legalization has a positive impact on society. Among the issues considered on the way to the bill’s approval were workplace cannabis policy, roadside drug testing protocol, and better regulation of the emergent billion-dollar industry.

The bill also allows medical cannabis patients to grow their own plants at home, which had been a sticking point in the medical cannabis regime that preceded full legalization. The law walked back its stance on a more universal home-grow scheme in deference to Republican lawmakers, a bargain also present in the bill’s handling of previous cannabis convictions. In its current form, the bill allows for the expungement of up to 750,000 low-level cannabis convictions.

But the biggest issue, one also grappled with in New Jersey and New York in their 2019 failed legislative pushes, is imposing social equity on the new system.

“Prohibition hasn’t built communities,” said Rep. Kelly Cassidy, who worked with bill co-sponsor Sen. Heather Steans for more than two years to craft the bill. “In fact, it has destroyed them. It is time to hit the reset button on the war on drugs.”

An issue that has emerged in ballot-initiated cannabis legalization to date is racial disparity in these fast-emerging cannabis industries, which usually have only months to secure funding before the start of commercial sales. Oftentimes, those with criminal records are barred from participating in legal cannabis operations — including disproportionately-minority populations with cannabis violations in their past, according to the ACLU.

According to 2017 data from Marijuana Business Daily, 81 percent of owners and founders of legal cannabis businesses are white, while only 4 percent are black. This contrasts with an arrest rate that sees blacks almost 4 times as likely as whites to be arrested for cannabis crimes — a disparity that persists (and in some cases has worsened) in legalized states.

Profit margins for growers are now much thinner in legalized states, more suitable for major agricultural corporations and their disproportionately-white executives. And enforcement against illegal farming operations has only intensified, as the state now has a monetary stake in this modern version of the war on drugs.

The call for equity in legal cannabis has grown in the wake of these emerging disparities, with a goal of empowering those jailed for cannabis-related offenses or who come from areas overly affected by cannabis prohibition. Cities like Oakland, Los Angeles, and Denver have attempted to privilege dispensary applications of people affected by the drug war, with mixed results.

As detailed on the policy platform Governing, the social equity measures built into the Illinois bill include a $12 million Cannabis Business Development Fund to lower licensing fee costs and provide low-interest loans to POC owners of cannabis businesses, which is intended to curtail the funding advantages of corporate cannabis businesses. Small enterprises often struggle to cover the industry’s massive startup costs, since banks will not loan money to cannabis businesses as long as it remains illegal on a federal level.

The law will also establish cannabis industry training programs at community colleges around the state, the majority of which must have “a student population that is more than 50 percent low-income,” helping to establish a school-to-job pipeline for the newly-established industry. In addition, 25 percent of the state’s revenue from sales tax and other fees associated with legal cannabis will be used to create a “Restore, Reinvest, and Renew” program to benefit communities most affected by the war on drugs.

Illinois hopes that its social equity measures will help to create a more inclusive cannabis industry than that which has arisen in other states. And it knows that other states on the verge of legalization are watching its experiment as they search out their own roadmap.