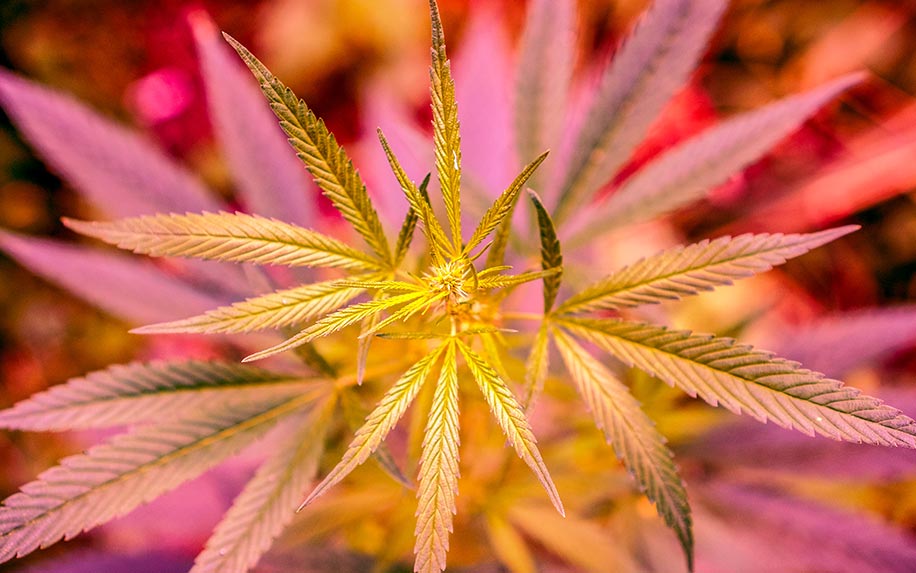 How the medical marijuana movement began might surprise you. Image Credit: By SunnyToys on shutterstock.

According to a 2017 Quinnipiac poll, 94 percent of Americans are now in support of legalized medical cannabis, With the base of cannabis users and advocates widening to include everyone from Baby Boomers to yogis to  a surprisingly large number of cops, the days when it was controversial to even acknowledge the plant’s medicinal qualities are receding further from American consciousness. Medical cannabis is now legal in 33 states and the District of Columbia, and the list of states considering their own legalization policies grows longer by the day. Even the federal government is now mulling an end to prohibition. The momentum now seems irresistible, but it also begs the question — how exactly did we get here?

In hindsight, the benefits of medical cannabis seem obvious. Even the most hardline Republican lawmakers are now calling for more research into the diverse uses of the plant, which has been used for everything from self-administered treatments for weight loss, chronic pain, and inflammation, to doctor-prescribed regimens to treat nausea and vomiting associated with chemotherapy and autoimmune diseases like multiple sclerosis. Medical professionals are even using cannabis to treat children with autism and rare, severe forms of epilepsy.

But it wasn’t so long ago that the marijuana plant was believed — in official circles at least — to have no health benefits, enabling a bureaucratic lockdown on medical cannabis research. Considering the powerful forces that have opposed any discussion of the plant’s therapeutic potential, it’s a tribute to the medical cannabis movement’s ability to articulate its positive effects (and the persistent efforts of both its leading figures and its grassroots base) that medical legalization has gotten to where it is today.

The Origins of the Medical Cannabis Movement

Although the American Medical Association opposed 1937’s Marihuana Tax Act — the first federal attempt to regulate cannabis — and proposed that more research be done into its therapeutic effects, it was still an unknown quantity at the time. The Marihuana Tax Act was broad (and, eventually, proven to be unconstitutional) in enforcing determent, and though it preserved the right to use cannabis for medical purposes, it required physicians and pharmacists who dealt in such prescriptions to register with federal authorities and pay an annual fee. As treatment with medical cannabis wasn’t well established at the time, prescriptions gradually declined, and in 1942 the plant was removed from the US Pharmacopeia, the compendium of drugs acceptable for medical use in the country.

The history of the medical cannabis reform movement in the US really starts in 1970, when the Controlled Substances Act was passed by Congress. This was the year that cannabis was placed in the Schedule I category (where it lingers to this day) among drugs which have “no currently accepted medical use in treatment in the United States, and a lack of accepted safety for use of the drug or other substance under medical supervision.”

This was also the year that the National Organization for the Reform of Marijuana Laws (NORML) was founded, a group that would be instrumental in the nascent medical cannabis movement.

The year 1971 marked the start of a trend, one in which cannabis’s medical capacities would for years take a backseat to its stigma as a “gateway drug” in the newly-minted “War on Drugs.” Despite recommendations from the bipartisan National Commission on Marijuana and Drug Abuse that cannabis be decriminalized, then-President Richard Nixon rejected their findings, invoking “the long, dismal road that leads to hard drugs and eventually self-destruction.”

Nevertheless, research into medical cannabis persisted, and between 1978 and 1981 a total of 34 state-authorized medical cannabis programs were formed. This could have been the dawn of medical cannabis legalization, but a combination of renewed anti-cannabis zeal under Ronald Reagan and old fashioned bureaucratic intransigence colluded to undermine the growing momentum.

The National Institute on Drug Abuse (NIDA) was the only cannabis source these research programs could legally access, and the increasing requests thinned the small amount of cannabis produced by NIDA’s single cannabis source, the University of Mississippi. So NIDA pivoted and said that it would only provide cannabis for drug abuse research, a move which was supported by the political climate of the time. In this way, the only widespread research into medical cannabis that has ever been attempted in the US was undermined and abandoned.

It was 1992 when Ethan Nadelmann — soon to found the Drug Policy Alliance but then one of the few voices pushing for cannabis reform — was first introduced to George Soros, one of the richest and most active philanthropists in the world.

Hungarian-born Soros was shopping for another injustice to fight against after the fall of the Soviet Union, and after his meeting with Nadelmann he decided that his new cause would be medical cannabis. “I see we agree on the basic issues,” Soros told Nadelmann, according to Nadelmann’s account in The Stranger. “Now, I am a very busy man, but I have substantial resources. So let’s assume that I want to empower you to accomplish our shared objectives.”

According to the story, without Soros’s money, the first big domino in cannabis reform would not have fallen when it did. In 1995, California cannabis advocates were struggling with the 700,000 signatures required to get their medical cannabis initiative on a ballot in 1996. By December, they had only 25,000 supporters. But when activist Ed Rosenthal asked Nadelmann to contact Soros for help, things started to coalesce.

Soros donated $500,000 to the campaign, and Nadelmann enlisted two more billionaires who, along with Soros and John Sperling of the University of Phoenix, would go on to become the young movement’s biggest benefactors. Nadelmann challenged Peter Lewis, the CEO of Progressive Insurance, and George Zimmer, the founder of Men’s Wearhouse, to each donate or raise an additional $500,000 for the cause. Proposition 215 went on to attract over 5 million signatures when it made it to the ballot, and the strategy formed in the campaign went on to influence the string of reform victories that the medical cannabis movement has picked up in the years since.

“Prop 215 really helped transform the popular media image of cannabis reform,” Nadelmann said, “from the 17-year-old high-school dropout with hemp leaves in his blond dreadlocks to some older people struggling with chemotherapy or MS or AIDS wasting syndrome or some other medical condition.”

A Tipping Point for Medical Cannabis?

After the landmark victory of Proposition 215, the genie was hard to put back into the bottle. The logic of the movement ran counter to that of the War on Drugs, which was then jailing people at an epidemic rate.

Medical cannabis started racking up high-profile supporters. In 1997, the esteemed New England Journal of Medicine published an editorial call-to-arms titled “Federal Foolishness and Marijuana,” and the National Institutes of Health gathered a group of experts to analyze the potential of medical cannabis. They concluded that “scientific evidence was insufficient to definitively assess marijuana’s therapeutic potential and advised that the traditional scientific process should be allowed to evaluate the drug’s use for certain disorders.”

The federal government pushed back, with Congress vetoing the District of Columbia’s 1998 landslide vote to legalize medical cannabis, and ex-presidents Ford, Carter, and Bush Sr. appealing to voters in Alaska, Oregon and Washington to reject their own ballot initiatives and put their faith in the Federal Drug Administration (FDA), which had shuttered its lone medical cannabis program in 1992.

Despite these efforts, 58 percent of Alaskan voters approved Ballot Measure #8 to legalize medical cannabis on November 3, 1998, while the winning numbers for Oregon and Washington’s medical cannabis initiatives were 55 and 59 percent, respectively.

In 1999, the first cannabis-derived drug approved by the FDA, called Marinol, was moved down to Schedule III to increase its availability for patients.

Seemingly overnight, people had stopped believing the Reagan-era line on how the psychoactive effects of cannabis increase the risk of long-term illegal drug addiction. But in reality, this massive change of public opinion was only possible because of years of diligent (and overlooked) efforts. As criminal justice scholar Peter Reuter told The Stranger, “The medical marijuana movement reduced the stigma. If it was plausible as a medicine, it was less likely to be kept illegal. I think it just confers a respectability to the drug — if this drug is medicine, it can’t be that dangerous.”

Now, 23 years into the medical cannabis era, the conversation around legalization has changed. Politicians see it as a popular, non-divisive issue and, in some cases, genuinely believe in its potential. The cannabis derivative CBD has become a household name and a superstar of the natural health world, not to mention a frequent topic in the media.

And though medical cannabis has become a billion-dollar industry, the billionaires who helped it get to this point have not profited — despite combining to spend $70 million over 20 years’ worth of legalization campaigns.

“You have people really doing this work for human-rights reasons, so I think it’s a gross oversimplification to say that just because three donors donated that’s why the laws are this way,” Drug Policy Alliance staff attorney Jolene Forman told The Stranger. “You’re not [working on pot reform initiatives] because you’re paid big bucks. You’re doing it because you think the war is a failure.”