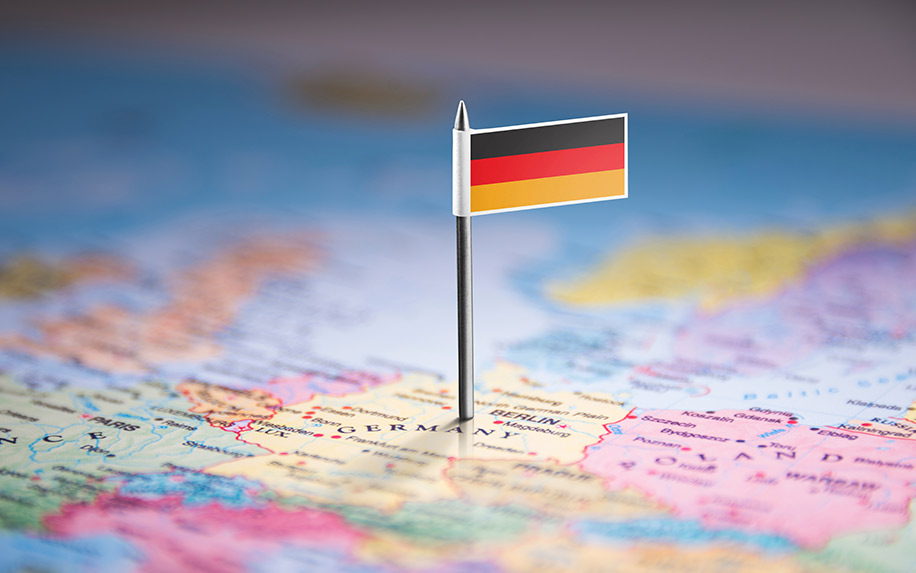 Its big news for Germany a they start to grow cannabis but they are starting slowly. Image Credit: By BUTENKOV ALEKSEIon shutterstock

The German government has decided that it’s time they got a slice of the legal cannabis pie, and they’re putting out a call for growers to help them do it.

Although Germany legalized medical cannabis in early 2017, until now the country has relied solely on importing cannabis plants from growers in other countries such as the Netherlands and Canada. But now, as the government seeks to expand its own domestic cannabis industry, it needs a new supply of home-grown legal cannabis. To meet the growing legal cannabis demand, German officials are now seeking applicants to help keep the country’s burgeoning medical cannabis businesses well-stocked.

“It’s about ensuring the security of the supply,” explained Maik Pommer, a spokesperson for the government agency that will oversee the move. Around 79 bidders are expected to compete for the right to produce 10,400 kilograms (over 22,900 pounds) of cannabis over the space of the next four years. To prevent monopolization of the country’s burgeoning cannabis industry, the government is parceling out the contracts 200 kilograms (about 440 pounds) at a time.

While this is a significant step for Germany, the proposed production targets are still far lower than those of other Western nations with legal cannabis programs. In the U.S., the state of Oregon alone is currently sitting on a surplus of over one million pounds of excess cannabis, as state and local officials struggle to regulate an industry that has grown exponentially — or, as some would say, unsustainably — over the past three years. With the price of recreational cannabis plummeting, many farmers are now swapping their marijuana plants for hemp plants in an attempt to at least break even.

The problem, as one farmer described it, is that “the marketplace is a closed system.” Since cannabis is still illegal at the federal level in the U.S., cannabis that is legally grown in Oregon can’t be transported across state lines, even to other states where cannabis is legal, such as California or Washington. This confusing, inelegant arrangement is unlikely to win many supporters in Germany, where efficiency has long been a point of national pride.

While it’s possible that some of the problems plaguing Oregon’s growers would be resolved by more favorable legislation at the national level, German policymakers would also be wise to heed the example provided by Canada. After the government legalized cannabis for both recreational and medical use in late 2018, Canadian cannabis dispensaries have suffered from a major shortage of product — and in some cases, over-regulation, as strict rules on marketing and permissible ingredients have hamstrung the producers of cannabis edibles and other products.

Finding the right balance between encouraging growth and maintaining strict quality standards will be vital for Germany’s fledgling legal cannabis industry. The good news is that the country does have a well-established track record for creating policies that benefit its citizens.

Despite its reputation for social conservatism, Germany has one of the more progressive drug policies in the world. When the country legalized medical cannabis in 2017, it was seen as a strong sign to the rest of the European Union that the legal status of the plant was long overdue for a change. Prominent officials pushed hard for the legalization of medical cannabis, with then-Health Minister Hermann Gröhe saying that “seriously ill people must be treated in the best ways possible.” Medical cannabis programs in Germany are seen as a matter of public health, with the priority of providing top-notch care to qualifying patients.

However, the first two years of Germany’s experiment with medical cannabis have been largely dictated by outside suppliers and the need to constantly source cannabis from other countries. This has led to a number of challenges for not only patients who seek medical cannabis to treat their individual conditions, but for the system itself.

Can Supply Keep Up With Demand?

Driven by a sharp rise in the number of registered patients, demand for medical cannabis skyrocketed almost instantly. “The trend has been increasing from quarter to quarter, both for prescriptions and dispenser units,” said the president of the national pharmacy chamber, Andreas Kiefer. The growing process, so to speak, has been swift.

This phenomenon seems to be common in places that have newly legalized cannabis, whether for medical or recreational purposes. For example, the number of medical cannabis users in Florida grew almost 100 percent in a six-month span during 2018, rising from around 65,000 people to nearly 130,000. And after the tiny state of Massachusetts legalized recreational marijuana last year, the state’s dispensaries sold over $2.2 million dollars worth of product in just five days.

However, meeting the needs of so many new customers can put immense pressure on the supply chains of cannabis industries, even those that are much more developed than Germany’s. In Canada, for example, medical cannabis patients are finding it difficult to get the medicine they need as demand continues to increase. As one man said, “I’ve never had problems before, [but now], I can’t find anything to choose.”

While the German market for legal cannabis is currently much smaller, similar issues are already being encountered by medical patients across the country. As more and more people turn to medical cannabis in lieu of conventional pharmaceutical medications, these shortfalls are likely to become more common and longer-lasting. Importing more cannabis could provide some short-term relief in isolated cases, but a sustainable solution will depend on Germany developing its own domestic cannabis industry.

Putting out the call for aspiring cannabis growers was the first step — now, they just need those growers to start growing. While some had hoped that the first batch of German-grown cannabis plants would be blooming by now, the bidding process for cannabis growing contracts has taken longer than expected and set the project back significantly. With licensed distributors already facing shortages, and several potential contracts already stuck in messy court cases, it appears that Germany’s cannabis industry has some growing pains of its own.

Growing legal cannabis may be harder that it seems, but the wait is still making many observers impatient. “Every day that no cannabis is grown in Germany is a bad day for the patients who depend on it,” said Dr. Kirsten Kappert-Gonther, a member of Parliament.