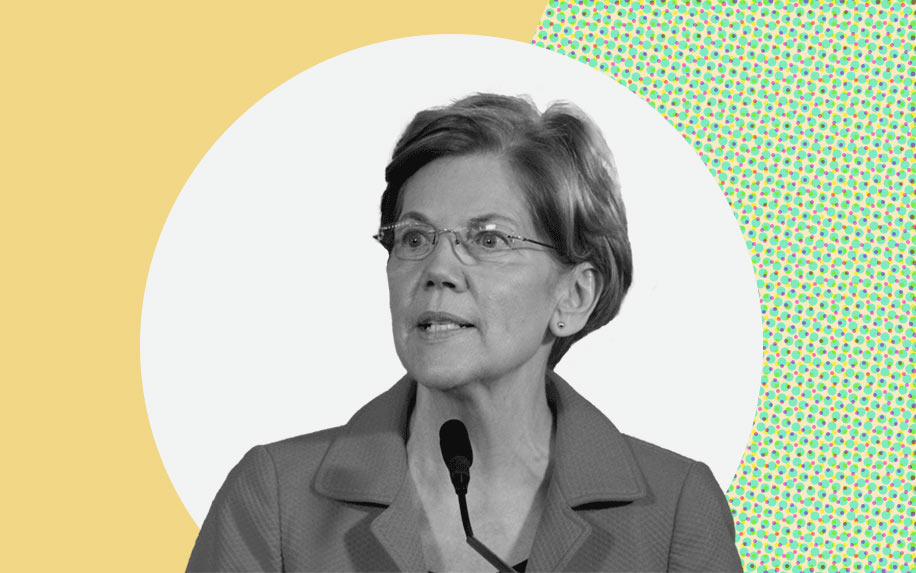 Among the cannabis-friendly candidates currently vying for the 2020 Democratic presidential nomination, few have advanced the cause in a greater variety of ways than Elizabeth Warren.

Although initially lukewarm on her home state of Massachusetts’s cannabis reform agenda, she has developed into one of the Senate’s greatest champions of state’s rights in cannabis law. Her initiatives have encompassed a broad sweep of cannabis advocacy concerns, like criminal justice, racial disparities, cannabis industry banking issues, and continued research on cannabis’s medical effects. She has also demonstrated an openness to cross-aisle collaboration on these issues.

In June, she posted a tweet emblematic of her platform: “Our federal marijuana laws perpetuate our broken criminal justice system, impede research, restrict veterans’ access and hinder economic development. Marijuana should be legalized, and I’ll work with anyone — GOP, Dem, Independent, Libertarian, vegetarian — to push for these reforms.”

A month before, Warren published an essay through the NYU School of Law’s Brennan Center of Justice that addressed the network of injustices that she believes are a result of cannabis prohibition.

“We should legalize marijuana and wipe clean the records of those who have been unjustly jailed for minor marijuana crimes; end private prison and the profit incentives that pervert the goal of our justice system; provide more help for people struggling with domestic abuse, substance use disorders and mental illness; and end the practice of branding the formerly incarcerated with a scarlet letter that closes doors to education, employment and opportunity,” she wrote.

Warren’s website, however, does not specifically number cannabis legalization among her goals, instead listing an aim of “rewriting our laws to decriminalize marijuana.”

What Has Warren Said About Cannabis in the Past?

Warren’s cannabis position has undergone a radical evolution since Massachusetts legalized recreational cannabis in 2016, which she’s since attempted to gloss over.

In 2011, during her first Senate campaign, she expressed an “openness” toward medical cannabis legalization but opposed legalization in general — a stance she’s tried to revise in retrospect. In 2013, she pointed derisively to the pro-legalization stance of a Republican running for the state’s other Senate seat, saying, “I advise everyone to pay very close attention to Dan Winslow’s platform. He has a 100 percent ranking from the gun lobby and he’s for the legalization of marijuana. He wants us armed and stoned,” as reported by the cannabis advocacy organization NORML.

She’s also exaggerated her support for Massachusetts’s successful cannabis legalization ballot measure in 2016, saying that she’d endorsed the initiative when all she had said prior to the vote was that she “would be open to the possibility of legalizing.”

Since that turning point, she’s made a remarkable contribution to the pro-cannabis cause, enough to earn her an “A” rating from NORML. Most notable is a piece of legislation she has authored called the Strengthening the Tenth Amendment Through Entrusting States (STATES) Act, currently under consideration in the Senate. The bill would update the Controlled Substances Act (CSA) to recognize state law on cannabis and codify the prevailing attitude on federal non-interference. It would also address banking access issues in the cannabis industry, another ramification of federal cannabis prohibition.

She’s co-sponsored bills taking broad aim at cannabis prohibition such as the Marijuana Justice Act, as well as bills aimed at more specific issues such as the CARERS Act, which is designed to protect medical cannabis patients and spark more research into cannabis’s therapeutic effects.

Though no cannabis-related bills or amendments have made it to the voting stage during her time in the Senate, she has represented a pro-cannabis voice in opposing Trump administration rumblings of federal action against legalized cannabis states. She has also urged the federal government to consider legalizing cannabis as a means of combating the opioid epidemic, a bipartisan concern that the current administration has addressed on multiple occasions.