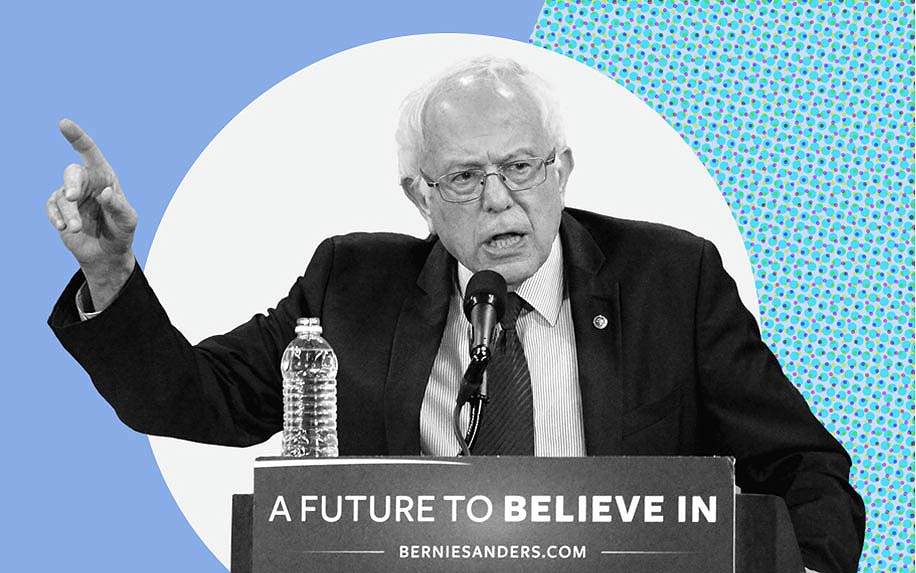 Sanders has shown remarkable consistency in his stance on cannabis, leaving a paper trail of pro-cannabis votes dating back to the 1990s. Image Credit: By cannabisMD.

If there were any doubt where Bernie Sanders stands on cannabis legalization, he put it to rest on a recent episode of The Joe Rogan Experience podcast.

“When I ran for president for the Democratic nomination in 2016, I talked about a broken criminal justice system, which ends up having in the United States more people in jail than any other country,” Sanders said. “And what I call for then, and I call for now, is the legalization of marijuana in America.”

Sanders has long taken this line on cannabis. What’s new about his recent statements is the way he plans to implement his legalization strategy — by executive order.

An executive order is a directive issued by the president that has the force of law. On Rogan’s podcast, Sanders discussed a redefinition of the Controlled Substances Act (CSA), which puts cannabis in the same class as heroin.

“That is insane. Heroin is a killer drug,” he said. “You can argue the pluses and minuses of marijuana, but marijuana ain’t heroin. So we have to end that and that’s what I will do as president of the United States. I believe we can do that through executive order and I will do that.”

While this position was unique among past presidential candidates, now it’s one almost all Democrats running for the 2020 nomination share — with the notable exception of frontrunner Joe Biden. Biden, who once called cannabis a “gateway drug,” now supports decriminalization for the plant, a position which is considered conservative in the progressive cannabis climate that Sanders helped to create.

What Has Sanders Said About Cannabis in the Past?

Sanders has shown remarkable consistency in his stance on cannabis, leaving a paper trail of pro-cannabis votes dating back to the 1990s. In 1995, he co-sponsored a House bill that aimed at the federal legalization of medical cannabis, and in 1997 co-sponsored a bill meant to reschedule cannabis under the CSA and protect states with legal regimes.

His defense of his pro-cannabis position has been no less emphatic. In 1998, he opposed a resolution that expressed “the sense of Congress that marijuana is a dangerous and addictive drug and should not be legalized for medicinal use.”

In the Senate, he entered the hemp reform fight, co-sponsoring three versions of a bill that would have separated hemp from the definition of “marijuana” under the CSA. In 2015, he authored the first-ever Senate bill to end federal cannabis prohibition. He is a co-sponsor of another bill aimed at the same goal, the Marijuana Justice Act, which is currently under Senate consideration.

His previous run for the Democratic presidential nomination was also historic in this respect — he was the first major presidential candidate ever to endorse cannabis legalization.

On the back of this track record, the cannabis advocacy organization NORML has given Sanders one of its rare A+ ratings.

One point in which Sanders’ pro-cannabis resume is slightly blemished is his recognition of the link between cannabis prohibition and criminal justice. During the mid-1990s push for harsher criminal penalties, Sanders voted for the Violent Crime Control and Law Enforcement Act of 1994, which put the “Three Strikes” statute into force and had a great effect on the increasing severity of cannabis-related punishments. In 1997, he voted for a bill that proposed mandatory minimums for crimes involving firearms, whether legal or not. Had the bill passed, a person arrested on a cannabis charge with a legal gun would have received a mandatory minimum sentence.

After a Black Lives Matter intervention at a 2015 rally, Sanders amended his platform to include a racial justice plan, as reported by NPR. Since that point, he’s been more outspoken about the effect of racial disparities on cannabis enforcement.